Late Night Potomac and Watergate Mega-Yacht Chronicles -OR- A Nitrate-Overloaded, Debris-Filled, Rain-Swollen River Runs Through It 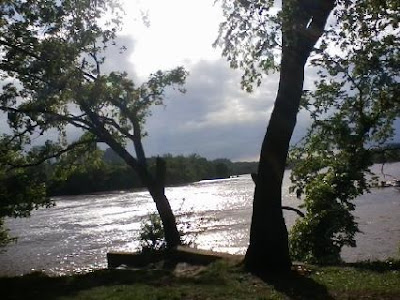 Sunlight glinting off the Potomac River near the Watergate, Washington, D.C., 5:29PM May 7, 2017.
The pictures in this entry were taken on Sunday. It was a lovely weather day -- breezy, cool, variably cloudy with a few instability showers and temps only about 63⁰F. This is my kind of weather spell.
*******


This is just a quick late night posting. Well, as usual, it ended up not so quick ...
I'm home after a work day and gym night. I made dinner and I'm watching TV -- my usual late weeknight trio of old sitcom reruns, to wit, Wings, Becker, and Newhart. 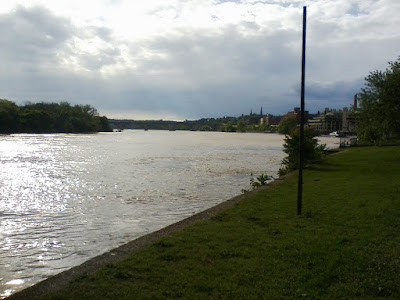 The Potomac as seen near the Watergate looking upriver toward the Washington Harbour, Washington, D.C., 5:27PM May 7, 2017.
The Potomac was quite rain-swollen high and roiled -- chocolate brown and filled with branches, larger tree limbs, and the usual garbage in it floating vigorously downstream, the debris occasionally getting caught in those gyres and eddies that make the river so silently dangerous. 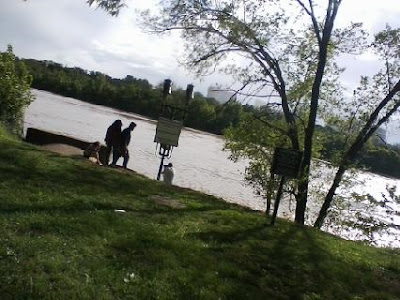 A view of the Potomac by the Watergate at a sewage overflow discharge point. The sign states that one of those lights flashes during a "Combined Sewage Overflow" event caused by excessive rainfall.
*******


As for the pollution, the Potomac is a filthy river thanks to garbage, partially treated sewage during heavy rainfall events, and severe nitrate loading.) Yet the river is the source of drinking water for much of the Metro D.C. area. Nice. 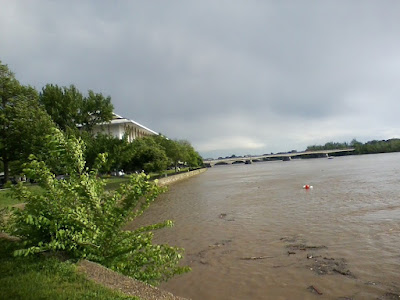 
I'd like to post a lengthier entry including excerpts of some political-themed pieces by Paul Krugman and Sean Illing. I also have 30+ pictures that I took on Sunday on my walk down to the Washington Harbour in Georgetown. However, it's just too late now and I need to get to sleep. (As it is, this entry contains 10 of the possible 33 pictures.) 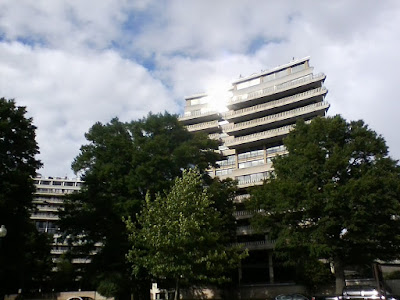 
The weather remains delightfully cool -- as in, 10F to 15F BELOW normal rather than, as is so frequently the case in the current epoch, 10F to 20F above normal. After a daytime high of 65⁰F at KDCA, 62⁰F at KBWI, and 64⁰F at KIAD, temps at the 1AM hour are between 42⁰F (KIAD) and 51⁰F (KDCA). Overnight lows could drop into the 30s Fahrenheit in the more distant exurbs and rural areas while even here in the District, it could go down to about 45⁰F. 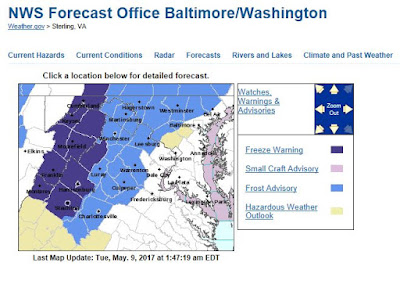 
There are actually frost advisories and freeze warnings in effect well to the west and north with the latter in the Potomac highlands and Blue Ridge / Allegheny Front -- although in the highest areas, the growing season has not quite started so there are no advisories. (See map image directly above.) 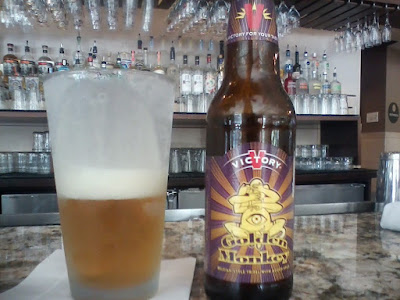 A Victory Golden Monkey beer at Circa, Foggy Bottom, Washington, D.C., 4:43PM May 7, 2017.
I had another Sunday afternoon lunch at the Foggy Bottom Circa restaurant. I kind of like that place. This particular beer had a good-interesting taste. (No, no monkeys were harmed in the making of the beer.)
*******


Additional rainfall -- still welcome -- is in the forecast for later in the week and weekend. The Eastern U.S. trough is forecasted to remain in place through the week. Ditto the one in the Western U.S. that has brought unseasonably cold temps and out-of-season snowfall to the mountains of Southern California and Mojave Desert rains. There is a chance of a decent coastal low along the Southeast / Mid-Atlantic this weekend, but that's not a sure bet. 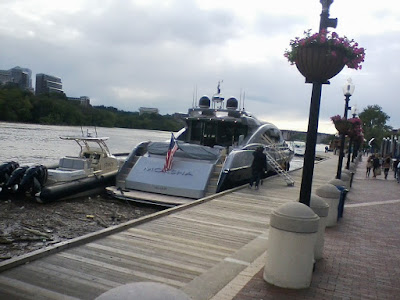 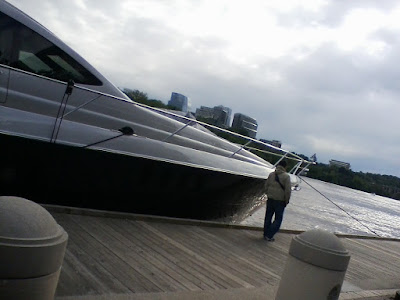 Another view of the Moksha yacht docked at Washington Harbour, Washington, D.C., 5:38PM May 7, 2017.
Moksha is a Hindu word with profound meaning. And, yes, the Moksha mega-yacht has a website dedicated to it. Yes, it's charter-able, in case you were wondering.
Maybe M-WADE Tipamillyun can charter it for the august occasion of his impending 40th birthday. Just what that yacht needs: A bunch of --- oooohhhhh, never mind. Besides, he's more a Boomerang tour kind of guy.
*******


Oh, yes, I should mention that my application for the REPAYE option on my ginormous student loans was accepted -- and my monthly payments for the first 12 months will be quite reasonable. I will go into this in more detail in a subsequent entry. 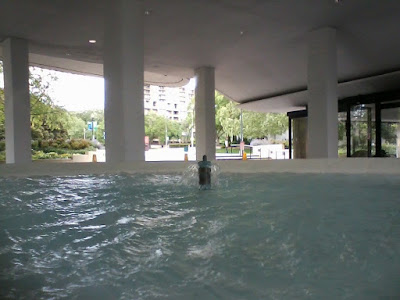 
Also, I should note that this Monday -- May 8th -- would have been my late stepfather Ray's 70th birthday. I'm visiting my mom this weekend in Glen Burnie for Mother's Day. 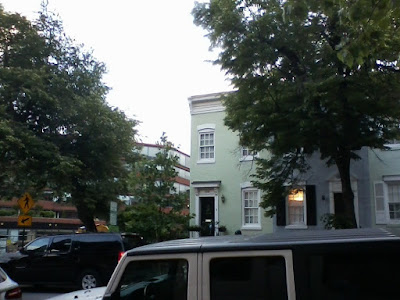 
As for my dad, I had a nearly hour-long conversation with him yesterday while sitting at the outdoor bar at Tony & Joe's by the Potomac. Everything is fine there -- except I'm still upset that he voted for Trump, and in Florida, a state that matters electorally, and did so for the stupidest of reasons and though he knew / knows better.
And with that, I really will end this entry. My next entry will be later this week -- either Wednesday or Thursday.
--Regulus
Posted by Regulus at 3:24 AM