Jukebox Saturday Night for May 27th, 2017: The Whatever Works, Easy, and Extremes Edition

First up, a nice, light, upbeat smooth jazz piece ...
"Whatever Works" by John Jarvis from album of same name (1988)
Of note, the album "Whatever Works" has on it a song entitled "Paul Wants a Pig." (You can see that about two-thirds of the way through the song when the still image flips from the front to the reverse side of the CD jacket cover.) 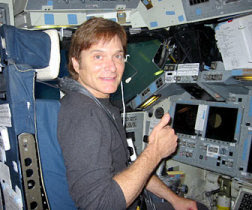 I couldn't find the song as a stand-alone but instead it is on the YouTube "video" of the full playlist. It starts at 36:30 and is actually a nice piece.

As for Mr. Jarvis (pictured left), he does not appear to have a website but he has a Twitter account on which he expresses his political views about Trump -- and with which I wholly agree.


Next up, one of the 1970s standards ...
"Easy" by the Commodores from the group's eponymously-titled album (1977)
This video is of a live performance from 1978 and, yes, that is Lionel Richie as the lead singer sporting quite a 'fro and vintage period leisure suite.
*******


And we'll end with something old school yet suitably Saturday night energetic ...
"I Go to Extremes" by Billy Joel from his album Storm Front (1989)
I can sort of relate to this song. The video to it is a sort of manic black-and-white frenzy featuring Joel and his band performing the song.
That album is the one which features one of Joel's number 1 hits "We Didn't Start the Fire."
*******


OK, that's all for now. Please see my previous entry for an update. Also, I will most likely not have a Jukebox Saturday Night edition next week (on June 3rd) since I'll still be in Chicago wrapping up that work/pleasure trip.
--Regulus
Posted by Regulus at 11:17 PM