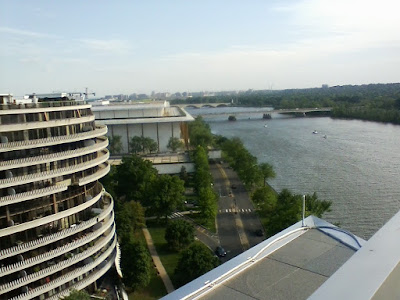 Potomac downriver view from the bar atop the Watergate Hotel, Washington, D.C., 5:45PM April 30, 2017.
I'll have more to say about this bar -- called Top of the Gate -- located on the rooftop of the Watergate Hotel building in the larger Watergate Complex -- in a subsequent entry.
*******


Following my workday and gym night, I tried to compose a general-themed entry at these late (middle-of-the-night) hours with pictures from my Sunday walkabout and stop at the (relatively) new rooftop bar atop the Watergate Hotel (see lead image above). However, I got too bogged down a weather-specific entry -- in particular, all the warm and humid records set in April -- and it took a while for me to send all 28 pictures I posted to Yahoo email. 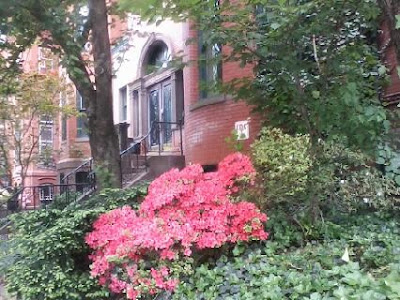 
Instead, I've just been watching my usual late night trio of old, enjoyable sitcom reruns (in a pair of episodes of each): Wings, Becker, and Newhart. That entry is in draft form (I'll try to post it later today.) 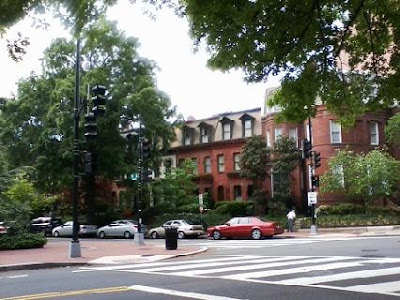 Intersection of New Hampshire Ave and N Street NW, Washington, D.C., 4:04PM April 30, 2017.
I thought the row houses in this picture (2000 block of N Street NW) was the exterior of that weird Mansion on O Street hotel, but as the name of the hotel implies, it is on O Street one block over.
*******


My intention is to post an entry tomorrow (later today). In the meantime, here are worthwhile reads:
Donald Trump's absurd 100th day week was his presidency in miniature by Ezra Klein 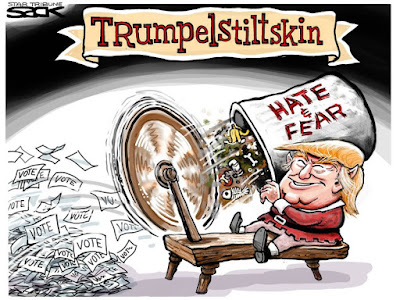 On the Power of Being Awful by Paul Krugman.


Re. this Krugman piece, I'm personally doubtful that the hardcore Trumpizoidal fanatics will ever have a "Katrina moment." (The GOP establishment and the deep-pocketed corporate and libertarian oligarchs behind it might bail on him, eventually, if he becomes too big a liability.) 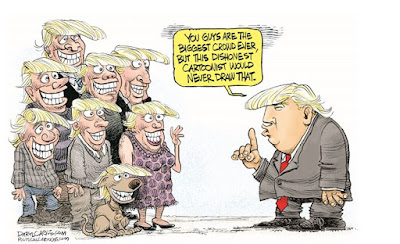 You know, screw these Trump-crazed voters. You have to be nuts -- as in, detached from this reality -- to think that this man leading them -- the present day world's biggest and most ridiculous grifter and huckster -- is going to "save" you and your mythical Happy Days / Father Knows Best world of 1955. I can't pretend to be "balanced" with a phony-baloney "objectivity" in these grave matters.
But I'll save this topic for another entry -- it's not like there won't be ample opportunity to discuss it. OK, G'night.
--Regulus
Posted by Regulus at 2:59 AM