Saturday Evening Post for March 11th, 2017: This Winter To Attempt One Last Dramatic Comeback -OR- "HEY, STELLA!!!" (Plus Brief Update) 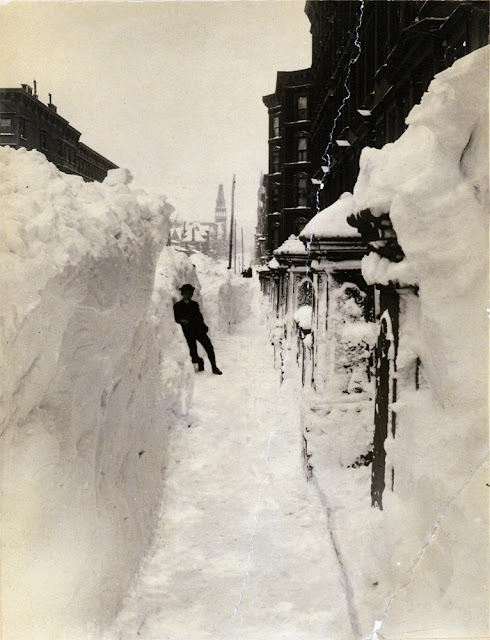 View along Madison Avenue in Manhattan after the Great Blizzard of 1888, the 129th anniversary of which is today.
*******


This Saturday evening post focuses on the possibility of a late season major snowstorm in the "DMV" from Monday into Tuesday, although it is just as likely that what actually falls will be a big sloppy mess of snow, sleet, and rain.
Before that, though I need to note two things ...
First, although the magnitude / severity of the impending storm is uncertain at this time (indeed, it could wind up being a mostly rain event), I really didn't want my mom staying in her trailer alone in Anne Arundel County (near Glen Burnie) during a heavy, wet snowstorm in which she might be tempted to shovel and in which the power could easily go out. 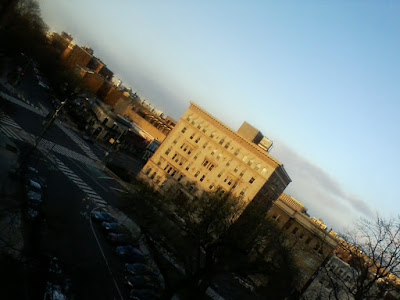 
Also, because of the peer review next week (see below), I cannot take off from work and go there to help here.
So I convinced her to stay at a hotel near Logan Circle on Monday night, and if necessary, I can have her stay with me on Tuesday night (despite my serious lack of accommodations). (There is also another option for Tuesday night but I won't know until Monday morning.)
I'll meet her Monday night for dinner. 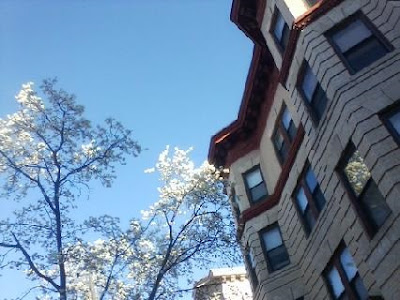 
Secondly, while I intend to post a Jukebox Saturday Night edition shortly, I don't think I can follow through on my previous plan to post my Atlanta pictures tomorrow. This is because I owe one of my co-workers a deliverable that I didn't complete on Friday (because I was so distracted by the sudden possibility of a major snowstorm).
I intend to work on this tomorrow evening rather than posting an entry.
As for blogging next week, as I discussed yesterday, it is going to be difficult owing to the peer review I am attending. Even if there is a major snowstorm, the event is at a hotel in Crystal City and the relevant people will be there, plus I have access to the Metro with all stations underground between U Street/Cardozo and Crystal City. As a result, I have no excuse not to be there.
Anyway, the bottom line is that I might not have any new entries -- after the Jukebox Saturday Night one to follow -- for much of next week. 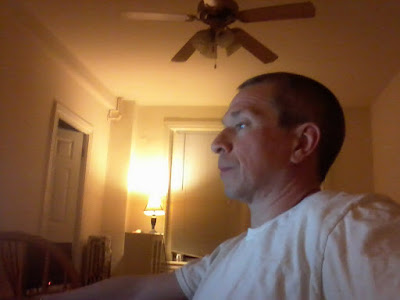 
Oh, yes, tonight is the goddamn "spring ahead" in which we start the annual charade of daylight savings time -- which now lasts for two-thirds of the year. The only practical effect for tonight is to lose a precious hour of sleep.
For tonight, I'm going to Old Ebbitt Grill for a late dinner.  For tomorrow, maybe lunch in Bethesda.
****** 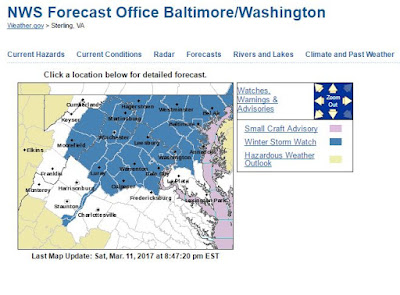 
OK, as I mentioned above, there is the possibility of a major late season snowfall for the Mid-Atlantic region -- and this follows a winter of virtually no snow and prolonged warmth including a record warm February. Needless to say, the CWG comment section is abuzz as are other weather forums (fora?) such as Weather Underground.
Of note, the anniversary of the Great Blizzard of 1888 is today -- March 11 - 14, 1888.
The current forecasted most likely snowfall amounts from Sterling (LWX) for the Baltimore / Washington region are as follows: 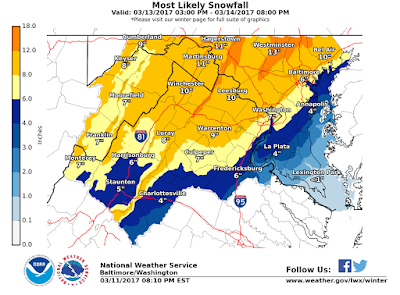 
However, a deviation in the coastal low track could easily result in significantly higher amounts or, conversely, significantly lower amounts (to the point of mostly just rain).
In this case, though, a good soaking rain or a heavy, sloppy snow that melts over several days is just what we need to alleviate months of below normal precipitation. 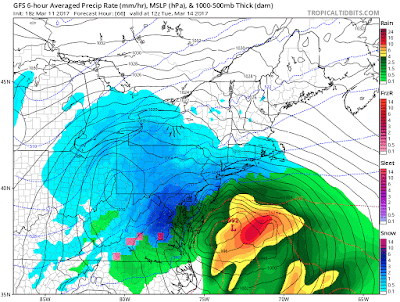 
Yesterday's 12Z Euro was a blockbuster -- a "historic East Coast snowstorm" -- but the subsequent runs didn't show as much snowfall. The GFS has been a bit unfocused although it gives the immediate Baltimore/Washington corridor 4 to 8 inches of wet snow -- except the 18Z operational run increased the snow totals to 10 to 12 inches.
The NAM has a (consistent) track farther to the northwest with correspondingly lower amounts.
I think the Weather Channel is calling this storm "Stella" ...


...Colder than normal across much of the nation with winter weather expected for some places...
A surface low pressure system is forecast to develop along a frontal boundary over the northern Gulf of Mexico this weekend and track northward up the East Coast by midweek. By Monday widespread rain is expected from the Southeast/eastern Gulf states to the Tennessee valley/southern Appalachians / Mid-Atlantic. Some strong thunderstorms will also be possible across this region. A wintry mix or all snow is forecast from Monday and beyond from the Central Appalachians/Mid-Atlantic to New England. While this southern system is materializing and evolving another system crosses the central U.S. by Monday... reaching the lower Mississippi/Tennessee valley by Tuesday. This reinforcing shot of cold air will keep snow in the forecast for portions of the Northern Plains/Upper Midwest/Great Lakes/Ohio Valley.
With Arctic air surging into the central and eastern states many locations will observe temperatures that are easily 10 to 25 degrees below seasonal averages-- which may result in a few record lows temperatures to be set. Across the southwestern U.S.... where the ridge will be building in... dry conditions with mild to warm temperatures can be expected.
******* 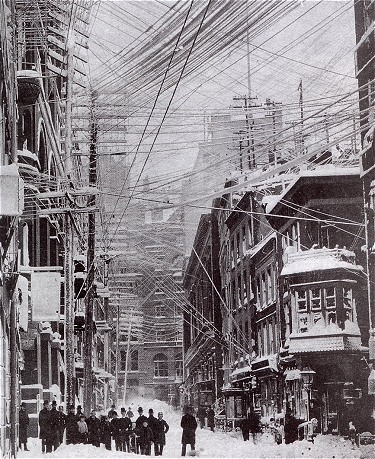 
THE PREVIOUSLY NOTED SHORTWAVE EMANATING FROM THE EASTERN PACIFIC ON DAY 1 IS EXPECTED TO CONTINUE TO DIG TO THE SOUTHEAST...MOVING INTO THE SOUTHEASTERN U.S. TUE EVENING WHERE IT IS EXPECTED TO BEGIN PHASING WITH SUBTROPICAL STREAM ENERGY LIFTING OUT OF THE NORTHERN GULF OF MEX. THIS PHASED ENERGY IS FORECAST TO ASSUME A NEGATIVE TILT...LIFTING NORTHEAST AHEAD OF A NORTHERN STREAM LOW CLOSING OFF OVER UPPER GREAT LAKE MON NIGHT-TUE MORNING. THE RESULT WILL BE AN STRENGTHENING SURFACE LOW THAT MAY BRING THE FIRST SIGNIFICANT SNOWS OF THE SEASON TO PORTIONS OF THE CENTRAL MID-ATLANTIC. WITH THE 12 UTC GUIDANCE SHOWING SIGNIFICANT SPREAD WITH RESPECT TO THE SURFACE LOW TRACK...CONFIDENCE WITH REGARDS TO THE FORECAST DETAILS IS LIMITED AT BEST. THE WPC FORECAST REFLECTS A COMPROMISE BETWEEN THE GFS AND ECMWF/UKMET SOLUTIONS. 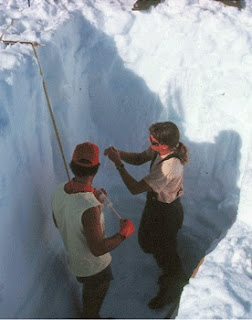 THE 12 UTC GFS...WITH ITS MORE WESTERLY LOW TRACK ALONG THE MID ATLANTIC TO NORTHEAST COAST ... WOULD RESULT IN MODERATE TO HEAVY SNOWS ACROSS MUCH OF THE INTERIOR MID-ATLANTIC AND NORTHEAST ... WITH A RAIN-SNOW TRANSITION SETTING UP ALONG THE TYPICAL I-95 CORRIDOR.

HOWEVER ... THE ECMWF AND UKMET HAVE TRENDED FURTHER EAST WITH THE LOW TRACK ... RESULTING IN LIGHTER AMOUNTS INLAND AND A MORE SOUTHEASTERLY RAIN-SNOW LINE. THE DECISION TO LEAN CLOSER TO A COMPROMISE BETWEEN THE TWO CAMPS WAS BOLSTERED BY THE 12 UTC EC ENSEMBLE MEAN...WHICH MOVES EAST OF ITS DETERMINISTIC RUN AS THE LOW MOVES ALONG THE NORTHERN MID ATLANTIC COAST ON TUE. THE NAM...WHICH FELL WEST OF MOST OF THE GUIDANCE...WAS LARGELY DISCOUNTED.
And here is the most recent Sterling (LWX) area forecast discussion:
Southern stream low pressure will lift north along the NC coast with an inverted trough bringing snow onset on a southeasterly flow in the evening. Warm air advection precip like this often starts earlier than models indicate. This could put onset during daylight, so the first of the snow will be used for cooling/saturation. That southeast wind will also bring the rain/snow line into southern MD and possibly near/over I-95.
This line will be key (as usual) for snow totals in the metro area. The heaviest snow often occurs just on the cold side of the rain/snow line. Hence the watch includes zones with I-95.
Elevation typically plays a role with March snow and areas of central MD above 500ft stand to see the greatest snow (also because of the track). One foot is possible along the Blue Ridge/Catoctin mountain and higher elevations of MD like Carroll county. Later shifts will continue to assess the rain/snow line and storm track. Please see our snow forecast and probability maps on our winter page at weather.gov/lwx/winter.
Edited previous: 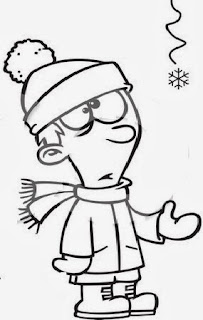 All eyes continue to be on Monday night/Tuesday. GFS has never had this system particularly well "put together" - it`s had a coastal low developing around midnight Monday night while the upper low has lingered over the Ohio Valley, with everything not coming together until these lows phase near New England. As I wrote yesterday this would not be what we want to see to get big snowfall totals in the Mid-Atlantic.


And now the Euro.. although it is still forecasting the better track for snow...is coming in a little faster and farther
offshore.
It is hard to get large snowfalls at this time of year because of sun angle. However, the best chances for heavy snowfall are overnight Monday.
Heavy snow looks to be over by Tuesday afternoon as the low pulls farther northwest.
******* 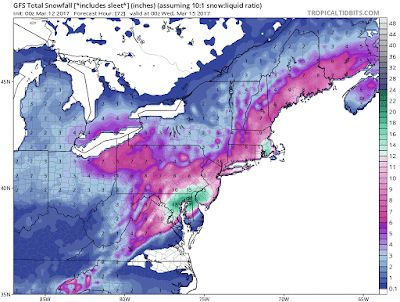