Jukebox Saturday Night for March 25th, 2017: The Do I Do and Without You Piano/Cello (Oh, and No Regular Updates) Edition

Let's start out with something really nice ...


This is a two song edition of Jukebox Saturday Night, but let's end with something terrific, namely, a wonderful rendition of the 2011 David Guetta hit song "Without You" featuring Usher.
"Without You" (Piano / Cello Version) by The Piano Guys from the group's Without You - Hits Volume 1 (2011)
The Piano Guys are a greatly talented, energetic, and all-around very interesting foursome, even if they are Utah Mormon Republicans.
******* 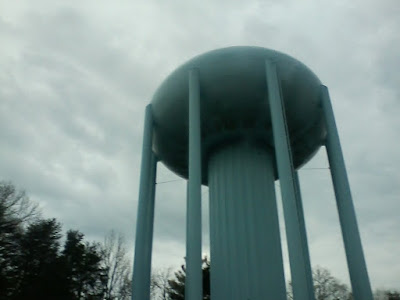 A water tower along Oakwood Road, Glen Burnie, Md., 6:46PM March 25, 2017.
This is one of the numerous large, elevated ellipsoidal sky blue water towers resembling alien space ships that dot the landscape of suburban Anne Arundel County, Md. For some reason, the really big one along East-West Blvd. in Millersville has been painted an awful olive drab camouflage, but I'm hopeful it is just a primer (although it has been that way for months).
*******


Apologies for regular Friday and Saturday night entries. I'm visiting my mom this weekend and we've had a very nice visit. However, I just haven't been able to focus on composing an entry. Furthermore, I cannot post any entry tomorrow as I need to finish a significant work assignment by Monday and I'm way behind on it. My plan is to go to the gym tomorrow evening after I get back to D.C. and then work late at home. That being the case, my next planned entry will either be late Monday or very late Tuesday / very early Wednesdays. Apologies. 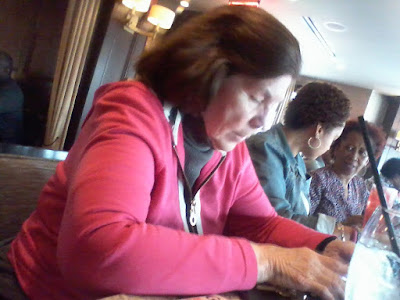 My mom, Ruth's Chris Steakhouse restaurant at the bar, Odenton, Md., 5:11PM March 25, 2017.
Right now, my mom and I are watching a Mama's Family rerun marathon on Logo. That show was sometimes damn funny.
--Regulus
Posted by Regulus at 11:57 PM