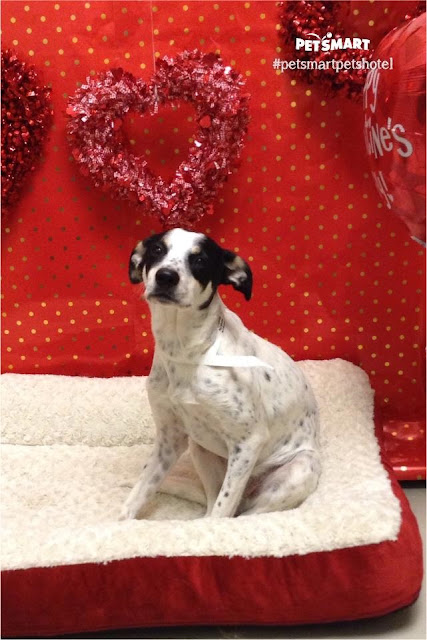 Finn getting his picture taken at a PetSmart in suburban Atlanta, Valentine's Day 2017.
Speaking of Atlanta, it looks like I will be going there for a few days in early March for a workshop being held at Georgia Tech. I'll then visit Chris T. for a couple of days (and get to meet Finn).
*******


Sorry for lack of posting last night. Tonight is a gym night, so I intend to post a new entry thereafter. In the meantime, from today's New York Times ... 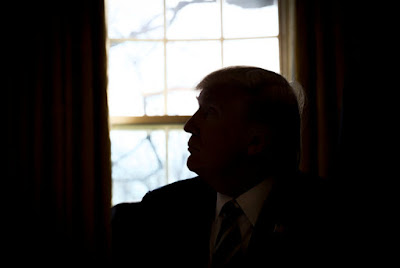 
The resignation on Monday night of Michael T. Flynn as national security adviser caps a remarkably tumultuous first month for President Trump's White House that has burdened the early days of his presidency with scandal, legal challenges, personnel drama and questions about his temperament during interactions with world leaders.
Mr. Flynn, a retired Army lieutenant general, lasted only 24 days before his tenure was cut short by an admission that he had misled the vice president and other White House colleagues about the contents of a phone call with the Russian ambassador to the United States.
The resignation and the ongoing turmoil inside the National Security Council have deeply rattled the Washington establishment. 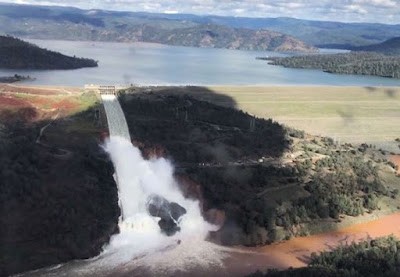 California's Oroville Dam with reservoir waters overtopping the spillway for the first time ever as a result of recent flooding rains and mountain snows.
*******


Senator John McCain of Arizona issued a statement on Tuesday decrying the "dysfunction" of the nation's national security apparatus. Gen. Tony Thomas, head of the military’s Special Operations Command, expressed concern about upheaval inside the White House.
"Our government continues to be in unbelievable turmoil. I hope they sort it out soon because we’re a nation at war," he said at a military conference on Tuesday. Asked about his comments later, General Thomas said in a brief interview, "As a commander, I'm concerned our government be as stable as possible."
But Mr. Flynn's late-night departure just added to the broader sense of chaos at 1600 Pennsylvania Avenue.
In record time, the 45th president has set off global outrage with a ban on travelers from Muslim countries, fired his acting attorney general for refusing to defend the ban and watched as federal courts swiftly moved to block the policy, calling it an unconstitutional use of executive power. 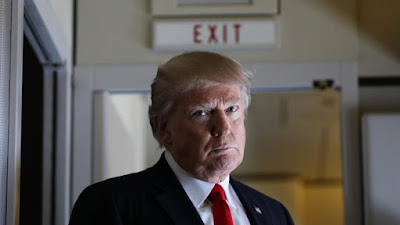 The president has angrily canceled a summit meeting with the Mexican president, hung up on Australia's prime minister, authorized a commando raid that resulted in the death of a Navy SEAL member, repeatedly lied about the existence of millions of fraudulent votes cast in the 2016 election and engaged in Twitter wars with senators, a sports team owner, a Hollywood actor and a major department store chain. His words and actions have generated almost daily protests around the country.
Despite the turmoil, the president has moved forward in areas that are more typical of the early days of a first-term administration. Mr. Trump nominated a Supreme Court justice 12 days into his tenure, and has issued a dozen executive orders, including ones to limit the influence of lobbyists, reduce regulations, pare the Affordable Care Act, move forward on pipeline construction, end trade deals and ramp up deportations. 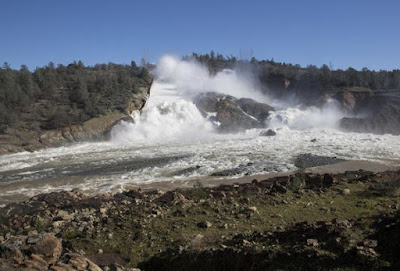 But half his cabinet has yet to be confirmed by the Republican-controlled Senate and several other key White House aides have become lightning rods for daily mockery by late-night comedians.
It all has official Washington reeling and exhausted as it tries to make sense of -- and keep up with -- the nearly constant tornado of activity swirling around the president and his advisers.
******* 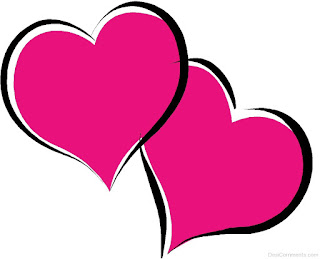 Yeah, but no matter the catastrophes that unfold in the months and years to come, just remember: HILLARY AND EMAILS!