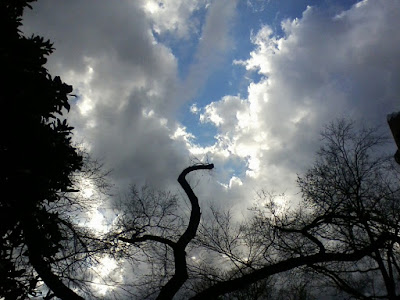 View outside my apartment, 2000 block New Hampshire Ave NW, Washington, D.C., 4:05PM February 25, 2017.
This old elm tree probably doesn't have a lot of time left. Actually, it's not that old but it's in poor health and has been repeatedly "de-limbed" by chainsaw because large branches were dying. I'm surprised it has been removed outright. (The Southern magnolia to the left tops out right under my window.)
******* 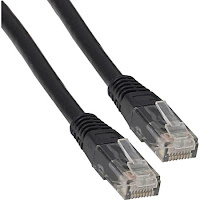 For starters, I forgot to bring home my new Ethernet cable from work and the one I have -- connected between the computer an modem -- is broken at one end (a tiny piece of plastic came off one of the ends). I've gotten it to work by ramming an old calculus book against it.


This is the calculus book atop which my laptop usually rests when I have it home and set in its usual spot on my shitty little kitchen table) against it. 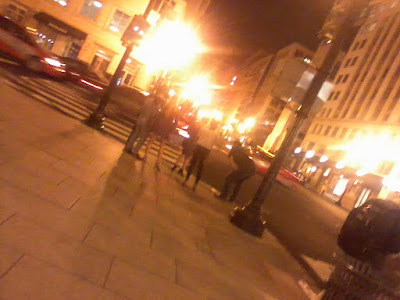 
I'm home this Saturday night after a trip to the gym earlier today. I skipped the hour-long jog -- I just couldn't / didn't want to do it. However, I got in a solid hour of weightlifting. I also did a total of a half hour of light cardio on one of the cross fitness machines. I also went swimming for about 15 minutes at the end.
As I did my laundry on Wednesday night, I don't need to do it tonight.
For tonight, I'll do my usual Saturday night routine of Trade / No. 9 and Old Ebbitt Grill Old Bar. For tomorrow, my mom is taking a MARC train to Union Station and I think we're going to have lunch at the Dubliner. 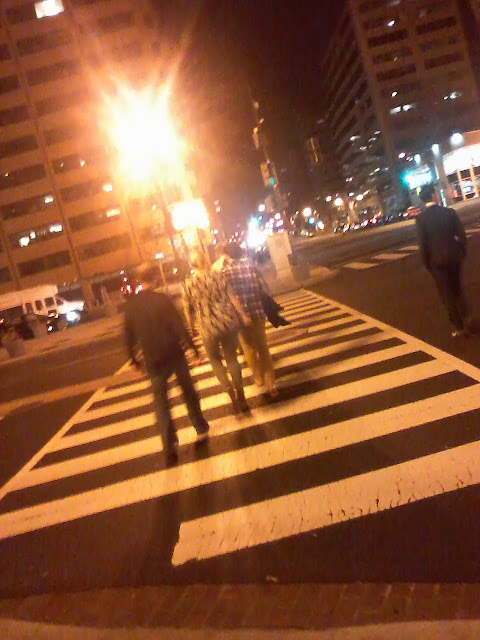 
So the forecasted cold front barreled across the region today with squally showers and thunderstorms that dropped some much-needed rainfall (not to mention hail in isolated spots enough to cover the ground). However, amounts varied widely with the four regional NWS climate stations recording the following amounts: 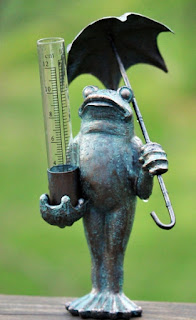 We're still well below for the year and since December 1st and stretching back for the last 12 months. I don't really feel like posting all those numbers, but suffice it to say that even after today's rainfall, KDCA and KIAD are only at about 1/3 inch of precipitation for the month.


However, scattered rain showers are in the forecast for the period Monday night through Wednesday night.

Earlier in the day, temperatures were again ridiculously above normal including highs of 75F at both KDCA and KBWI and 77F at KIAD.

Neither the KDCA nor KBWI highs were close to daily records because the daily records -- 84F at KDCA and 83F at KBWI -- recorded on Feb. 25, 1930 were also record highs for the entire month of February. Both are pre-airport records when the weather (climate) stations were in other locations -- M and 24th NW (Washington, D.C.) and the U.S. Custom House (Baltimore, Md.), respectively. 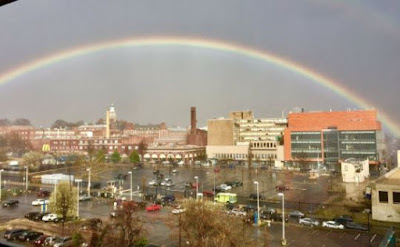 Low-angled rainbow after the rain squall earlier today as seen over Howard Univ., Washington, D.C., Feb. 25, 2017; photo by Clay Doherty, reposted in this CWG entry.
Apropos of nothing, I was mugged at Howard University back in 1996 or '97 -- one of two muggings here in D.C. (The other time was about a year or so later. Both times by four young black men -- and both times, amazingly, I was not physically hurt.)
*******


Tonight is a blustery night as a result of an occasionally gusty northwesterly wind, although 50F to 55F air temp hardly qualifies as cold for late February. 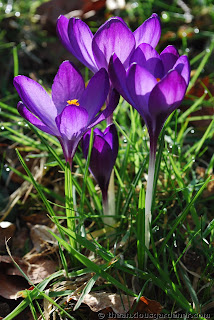 As a follow-up to my Friday entry on the February warmth, through the 24th, KDCA and KIAD are now both having their warmest Feb. on record at +8.5F / 47.1F and +8.8F / 44.5F, respectively. KBWI is at its 3rd warmest at +8.3F / 43.7F. I'm not going to post any more monthly or seasonal temperature departure information until after March 1st (when climatological winter is over).


Changing topics, I'd really like to write a political-themed entry given the nonstop disasters of Trump and the lunatic GOP now with total power (but clueless how to actually run anything). This would take much too long, though. (For a running synopsis, see anything by Jonathan Chait.) Instead, I'm just going to embed two three YouTube clips ...
Hillary Clinton giving a message of hope to Democrats.
I still love this woman. Her defeat on the vestigial slave institution Electoral College technicality was nothing less than an American historical tragedy -- one of those inflection points of history where "things go very wrong" and the consequences are permanently destructive.
Bill Maher's "Real Time" opening monologue on the Trump Circus from his February 17, 2017 show.
Oh, and while I'm at it, here is the "Press We Can" part of Bill Maher's New Rules segment for his Real Time show last night:
*******


OK, that's all for now.
My Jukebox Saturday Night edition to follow momentarily (as I already composed the entry). It is unlikely I will post an edition next Saturday -- and, indeed, I probably won't even have a Saturday evening post -- as I am scheduled to be in Atlanta.
I'm heading there on Wednesday afternoon, the DOE workshop I am attending (as a note-taker) is on Thursday, and then I'm spending a few days visiting Chris T. before returning on Sunday. 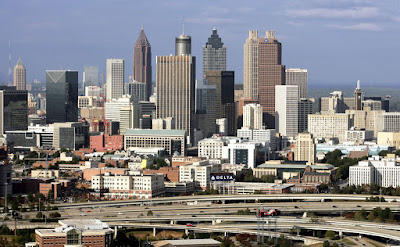 I'll have more to say about the significance of this trip to Atlanta -- a city I do not know and in which I have very little interest -- in an upcoming entry. Suffice it to say what happened on my previous "business trip" there in January 2004 fundamentally changed the trajectory of my life. That being the case, I'm very wary of this trip and will have an abundance of caution.
My next planned regular entry will be late Monday or early Tuesday.