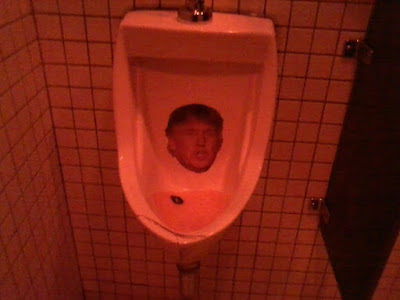 
President Trump: "Nobody Knew Health Care Could Be So Complicated"
By Jonathan Chait
February 27, 2017
Source here. 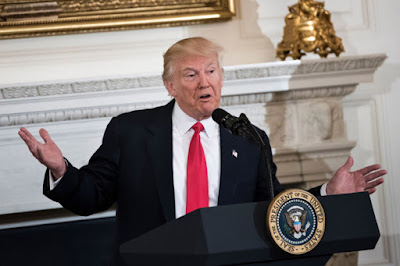 If there's one thing almost everybody across the political spectrum knows about health-care reform, it's that it's really hard. People who study the issue closely know it. People who don't follow the issue know. (That's why lots of smart people don’t follow the issue closely -- it's really hard!) But there is apparently a category of people who did not realize until very recently that the issue is hard, and that category consists of Donald J. Trump, who told reporters today, "It's an unbelievably complex subject. Nobody knew health care could be so complicated."
Health-care reform is extremely complicated even under the best of circumstances. But when you combine the inherent complexities of the subject with the ideological rigidities of the conservative movement, the problem goes from hard to prohibitively impossible. Providing access to medical care to the tens of millions of Americans who can't afford it on their own, because they're too poor or too sick, is arithmetically futile if you’re bound by a dogma that opposes redistribution from the rich and healthy to the poor and sick.
House Republicans have decided to resolve the contradiction between party dogma and the promise not to harm the public in favor of the former. A study prepared by the National Governors Association, and which leaked to the media Saturday evening, finds that the House Republicans leadership's formative plan to replace Obamacare will deprive millions of people of their insurance. The Wall Street Journal reports that Paul Ryan and Mitch McConnell, lacking the votes for a plan that would create massive humanitarian and economic damage to the health-care sector and millions of voters who would lose their access to care, want to just push the bill ahead anyway. Their purported calculation is that they can force wavering Republicans to go along with the bill for fear of betraying the noble cause of Obamacare repeal that has animated the base for years. "You're a Republican, you've been running to repeal Obamacare, they put a repeal bill in front of you ... Are you going to be the Republican senator who prevents Obamacare repeal from being sent to a Republican president who is willing to sign it?" said Doug Badger, a longtime Republican leadership health-policy adviser, tells the Journal.
Juliet Eilperin and Amy Goldstein report that many of the most orthodox members of Trump's administration, including Mike Pence, who is close to Paul Ryan, side with this strategy. On the other hand, they report, numerous Trump advisers are concerned about the political fallout of blowing up the health-care system. These advisers include Jared Kushner, NEC director Gary Cohn, senior policy adviser Stephen Miller and chief strategist Stephen K. Bannon.
And the reason they fear that is that Trump did not just run on repeal. He ran for president making irreconcilable promises on health care. To win support from voters, he promised "terrific" insurance that would "take care of everybody." But to remain acceptable to Republican elites, he avoided embracing any policies that would violate party dogma against tax increases. The actual details of his health-care plan were fuzzy and usually ignored, but to the extent they existed at all, they consisted mainly of warmed-over conservative platitudes that would mostly resemble the old, pre-Obamacare system and do little or nothing to cover the uninsurable.
Trump held together the contradiction by simply pretending the solution would reveal itself over time and would be extremely easy. Quite likely Trump believed this himself -- as a committed nonreader, and a narcissistic devotee of his own negotiating prowess, he surely believed that he could broker a deal that would satisfy both the moral objective of universal coverage and the specific ideological hang-ups that had prevented his party from ever supporting a plan that would accomplish it in the past.
The only thing that held Trump's position together was a refusal to engage with the substance of the issue, and a magical belief that it could all be waved away. At best, he will keep either his promise to the Republican elite or his promise to the electorate. At worst he will keep neither. His offhand comment that the issue is hard is a window into the mind of a man who realizes the jig is almost up.
******* 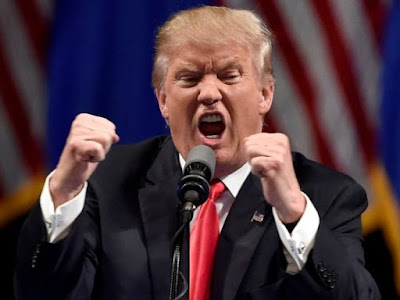 Here is a great comment associated with this entry:


The great question about Trump is this: Is his disorder emotional, or cognitive? Okay, both, right. But which is dominant? Emotionally, he's a narcissist and megalomaniac of the first order. That's obvious. But something's wrong cognitively too, and we're seeing it here. It's not just that he doesn't know anything, can't read briefing papers, can't absorb or process the information a president needs to be halfway functional. It also seems like he doesn't understand cause and effect, and he thinks if he wants something, the wish itself somehow brings the thing into existence. Hence his repeated announcements that he already has "plans" for defeating ISIS or providing universal health care at lower cost. It seems like wishing there were such a plan is the same thing in his mind as such a plan materializing. And then he blurts out that there's a plan and it's about to be announced, apparently unable to think a step ahead and realize that this is just asking to be shown up as a liar or fantasist.
I think he's cognitively impaired in some way. Maybe instead of attacking the press, he should demand that they make special accommodations for him under the terms of the Americans with Disabilities Act.
Posted by Regulus at 11:59 PM