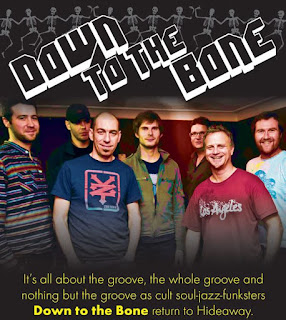 Down to the Bone is described -- by the Keeper of All Knowledge -- as an "acid jazz" group, which in turn is described as a musical genre also known as club jazz that combines elements of jazz, soul, funk and disco. For its part, Down to the Bone refers to itself on its website as "cult-soul-jazz funksters."


Next up, a really mellow smooth jazz piece ...
"The Secret Garden" by Tony Guerrero from his Now and Then album (1995)
I'm not thrilled about using this particular YouTube version given the Chinese link -- anything involving internet and China raises immediate alarms for me -- but I like the ocean shoreline image quite a bit.
Here is Tony Guerrero's website.
*******

And now for something Saturday night upbeat ... 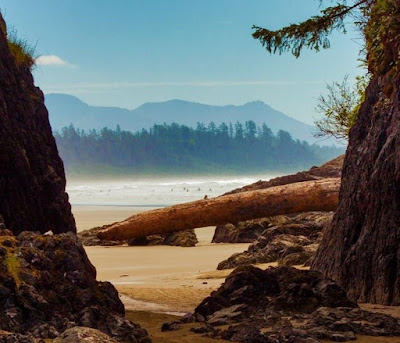 I'm omitting any Saturday Evening Post update this week. In lieu of that, this is just a very brief update ...
I'm visiting my mom in Millersville for part of this extended Presidents Day (er, Washington's Birthday) weekend. I took the train up from D.C. late this afternoon and we had an early dinner seated at the bar at Adams Grille in Severna Park.
We then stopped at the Marley Station Mall -- a mall that is, like so many in the U.S. these days, in terminal decline due to large-scale economic and cultural/behavioral shifts in the population -- to look for a duffle -- or duffel --  bag (one with a strap). However, I could not find one. Instead, I bought a new hoodie and some gym shorts.
Now I'm back here.
It's strange and sad not having Ray here.
Tomorrow, we are going up to Baltimore to see that Shen Yun production at the Hippodrome (Hippos!). I'll head back to D.C. on Monday. My plan is to update the blog tomorrow. I'm not sure what to make of the Shen Yun dance troupe. I get the sense that there is a bit more behind it than is let on.
Before signing off, I would like to post this part of Bill Maher's "New Rules" segment on his most recent Real Time program:
New Rule: The Magic "R"
I'm going to refrain from the whole issue with Milo Yiannopoulos being on the show -- although Larry Wilmore deserves a Tony award for saying to him what he did.
OK, goodnight.