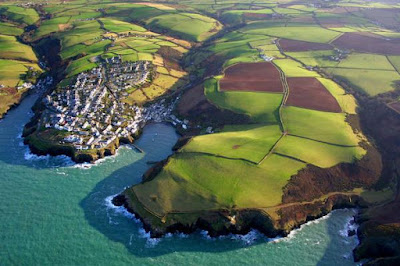 Aerial view of Port Isaac on the northern coast of Cornwall, England, United Kingdom (UK).
Port Isaac is the locational backdrop for the fictitious village of Portwenn in the BBC series Doc Martin. My father loves that show. I've never really watched it.
*******


I've been having a difficult time keeping up this blog this week. The entries featuring reposts of articles or opinion pieces -- whether weather/climate or political-related -- are easy enough to do (provided I have what I consider a sufficient number of vaguely appropriate pictures to break up the text). 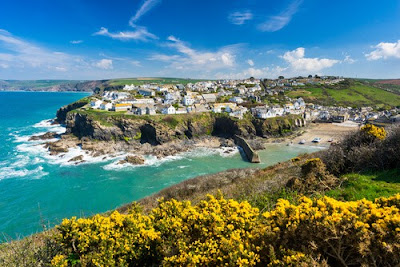 Another view of the seaside village of Port Isaac in northern Cornwall, England, UK.
*******


However, I've not been able to post personal updates owing to a lack of time, which in turn is due to how constricted / set is my schedule through at typical week for actually sitting down and composing an entry. And even when I have the time, I get distracted or freeze up in terms of what to write. Finally, once I get going on an entry, it almost always becomes much longer and more intricate than I intended.
Then there are all the pictures and the issue of the formatting. 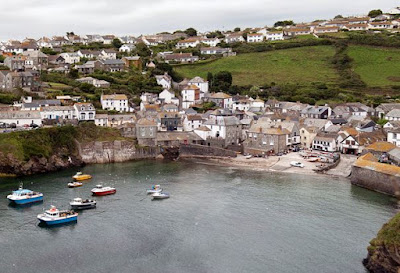 
It's a frickin' Herculean and obsessive task for something that is supposed to be enjoyable. And I've been keeping up this blog for what will be 9 years as of April 15th (2-1/2 months from now) with this posting the 2,128th entry -- a task I do for a virtually non-existent readership except three or four people -- two of whom I wish would not read it because they are supremely annoying to me.
Anyway, below is the partial entry I started last night around 1AM with subsequent added content. 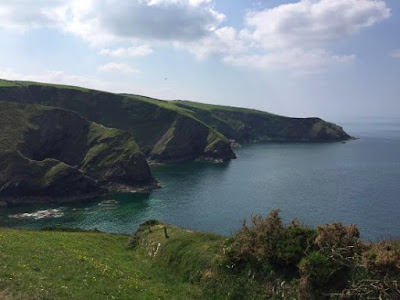 
Home at this late hour after going to the gym.
While there, a gym acquaintance -- a young man aged 21 that I thought was Mormon but is actually from Paraguay -- showed me a series of weight-lifting techniques of the sort I can never keep straight in my head but that are important for working different muscle groups. He is quite good at that and could easily be a trainer. 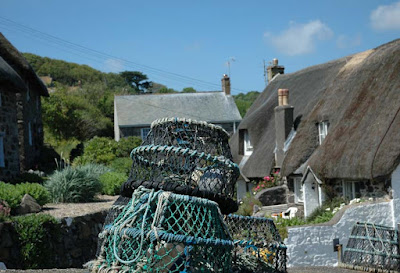 Crab pots in the seaside fishing village of Cadgwith near the southernmost point in Cornwall, England, UK.
*******


I also did my hour-long jog before that and then ended with a swim in the pool. Earlier, I had a slow day at work, and indeed, I've had a slow week. However, this is supposed to change next week with a new client task. 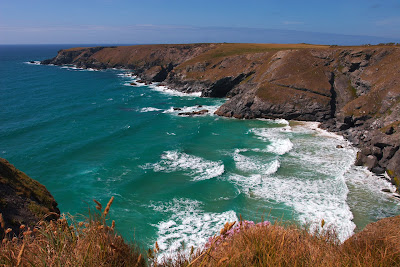 
I'm just made a late dinner while watching what has become my late night Antenna TV line-up of sitcom reruns including Wings, Becker, and Newhart. I really like all of those old shows. 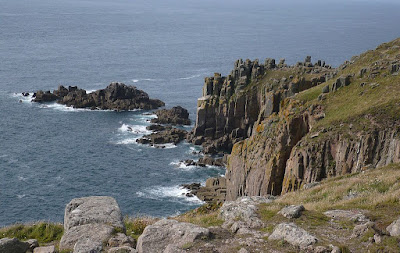 The granitic rocks that form the very tip of the Land's End headland at the southwestern most tip of Cornwell, UK. Source picture here.
*******


This entry is not going -- or rather, wasn't supposed -- to be a lengthy one, and I'm going to refrain from any political or weather commentary in this posting. It is a chilly, still winter night but with no real "weather" in the offing -- and certainly no snow. For all the political storms presently occurring at the Dawn of the Trumpocalypse and one-party radical Republican rule, this winter is deadly dull (or dully dead).
Let's put aside (for the moment) Trump's serious mental issues and the resulting chaos in his White House junta that has already caused numerous, deeply embarrassing international incidents. 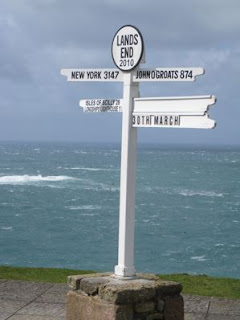 Policy-wise, and with the help of the GOP crazies and tools of oligarchs and charlatans in Congress, it's all as bad as you would imagine from the immigration EO catastrophes (now being heavily litigated) to garden-variety GOP ecocide to recreating the worst of the pre-financial crisis sky-trillion dollar Wall Street scam casino, and on and on.


Above: The signpost overlooking the Atlantic Ocean at Land's End, Cornwall, England. The year designation and the two legers on the right can be changed. The distance markers to New York, John O'Groats, Longships Lighthouse, and the Isles of Scilly are fixed.
We haven't even gotten to the ACA repeal-and-replace-with-nothing cataclysm but that's coming. Not to worry, though, because Trump's crazed and desperate MAGA crowd are self-destructively, self-sabotaging thrilled with every word and deed that comes out of this madman's mouth.
OK, maybe that wasn't exactly refraining. However, before I end, I highly recommend this Paul Krugman NYT op-ed: Donald the Menace. 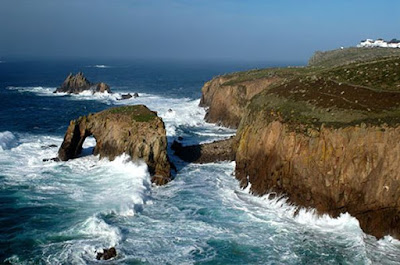 
OK, at this point, I'm going to end the entry rather than getting into a few other topics. I was going to mention how I had an unwanted encounter with GASY the Hangry Chipmungorilla at Trade. It was Sunday night and GASY was there with some annoying aging gay sorority pod -- most likely having been drinking heavily since probably, oh, noon at four different places including, of course, nightmare Nellie's.
Just a typical Sunday bullshit funday. 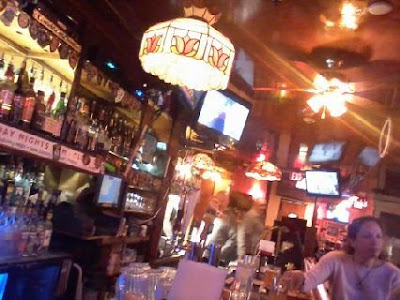 
Anyway, GASY had the gall to immediately come up to me and start yammering some BS about the weather ("there's now an inch of snow in the forecast tonight!" or something like that), to which I said, "Keep the fuck away from me." That ended that. I want nothing to do with him ever again. 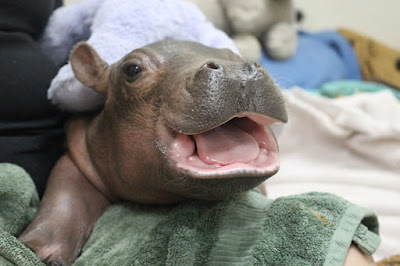 
For this night, I need to get a haircut (shear) after work. I don't know what I'm doing later tonight -- maybe just get some dinner and a few glasses of wine at the bar part of a restaurant. (I'm so sick and tired of vodka.) 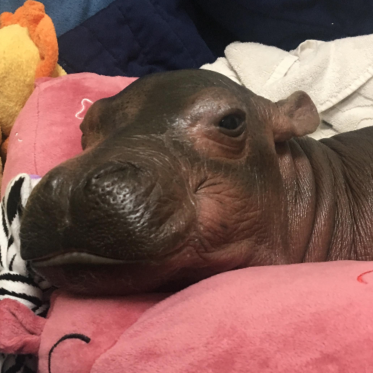 A contented-looking preemie baby hippo Fiona at the Cincinnati Zoo.
*******


For tomorrow, I'm planning my usual gym / laundry routine. I'll try to post a Saturday evening post and a jukebox Saturday night edition, although, honestly, for the latter, I have no particular songs in mind. Sunday is my free day. I think Chester and I are meeting up in the afternoon. And I most definitely won't be watching the frickin' Super Bowl. I hate the Super Bowl and American football (professional and college) in general. 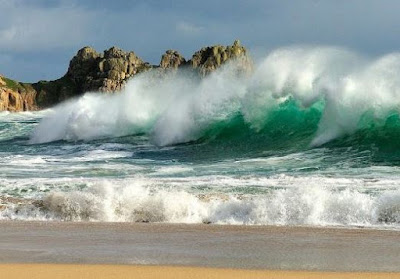