The Hilarious Highlights of Triumph, the Insult Comic Dog's Visit Among the Crowd at Trump's Inauguration Parade

YouTube clip of Triumph, the Insult Comic Dog's appearance at Trump's Inauguration this past Monday as shown on "Conan."
From the Rolling Stone article: 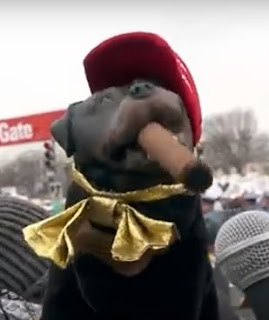 Robert Smigel's cigar-smoking puppet unleashed a flood of vicious burns, offering the crowd extra tickets to sit in the anti-Semitic and anti-Muslim sections. "I have a lot in common with Trump, actually -- the only difference is the hand up my ass isn't Vladimir Putin's," he said.


Elsewhere, Triumph handed out alternative "Make America Great Again" hats with fresh slogans like, "America Gonna Great Yes," "Hey, Bring Me A Coors" and "I Have No Idea What's Going On." He also attempted to bring liberals and conservatives together over their shared love of Betty White – only to chop up acclaim for the actress into a brutal montage of people saying, "White forever," "White is the best" and "White power."
Triumph closed his inauguration trip with one last try at bridging America's massive political divide. However, he was barely able to get the words out of his mouth, barfing each time he said, "President Trump."
*******


A compilation of some of the funniest lines ...
"On Monday, Trump will move into the White House, continuing his long tradition of evicting black families..." 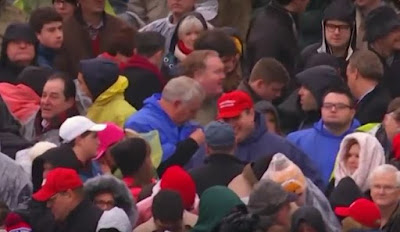 "Here, in the Nation's Capital, it's gray and overcast. Yes, the Sun just one more of the many big stars that refuse to show up for this event." 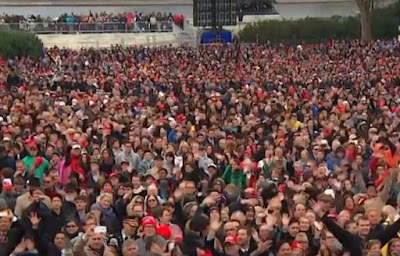 "Look at this inspiring mass of overweight, overaged, predominately white humanity. Nothing but Roseannes and Fieris as far as the eye can see." 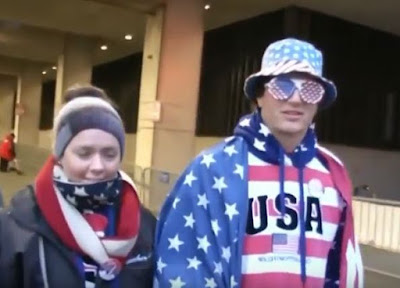 "Yes, if Walmart could vomit, this is what would come out ..." 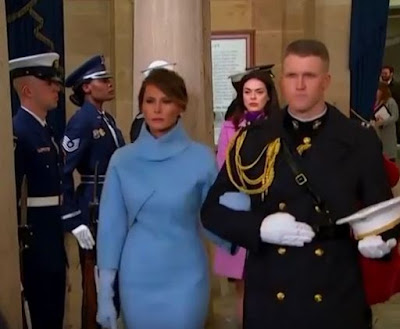 "As you can see, there is incredible Secret Service and police presence. It takes a lot of people to make sure Melania doesn't run away." 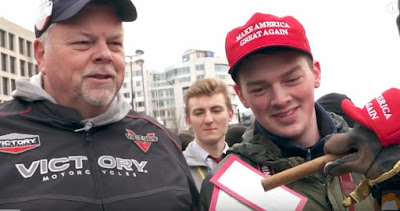 "I just want to make some money off these idiots ... Who needs tickets?? I've got a couple of tickets in the anti-Semitic section. I think I can get you an upgrade into the anti-Muslim section." 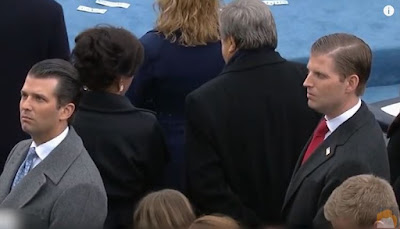 "Now coming up to the stand are the Trump sons, also known as the less-motivated Menendez Brothers." 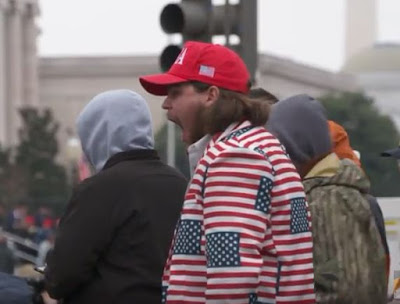 "Of course, health care is an issue of great important to Trump supporters as many of them have a pre-existing mental condition." 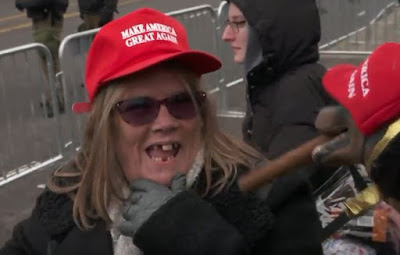 "And as the owner of a small business owner, [Obamacare] must have killed you - probably were forced to lay off so many of the employees in your meth lab." 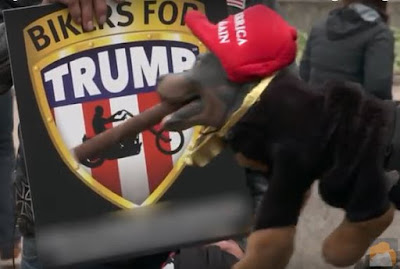 And, yes, the doctored montage tribute to Betty White is also hilarious.
--Regulus