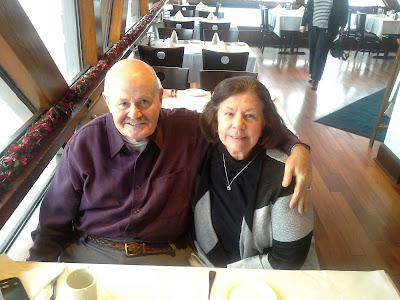 My stepdad Ray and my mom at the Rusty Scupper restaurant in Baltimore on Dec. 28, 2015 on the occasion of their 41st wedding anniversary.
*******


As I mentioned in my previous entry, my stepdad Ray passed away yesterday as a result of the pulmonary fibrosis with which he was afflicted, quite possibly because of his experience in Vietnam as a young man of 19. Ray was my stepdad since I was 5 years old -- having been in my life for 42 years. Indeed, I knew Ray longer than anyone who is presently in my life except my mom and dad. (I still have both of them -- but no other close family.) 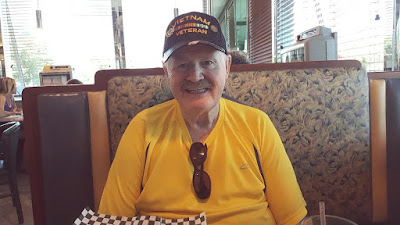 
Ray had a very rapid and truly awful demise yesterday (January 5th) as described by my mom from the time he got up in the early morning and was more or less fine (given his condition) to when one of the nurses at nearby Baltimore/Washington Medical Center told my mom -- who was sitting with him in that little room in the larger emergency room -- that he had, in fact, passed away.
Keep in mind that this was less than an hour after she had to call 911 and five Anne Arundel County first responder paramedics entered this small place. Whatever they gave Ray at that point for the pain (in order to be able to transport him out of this place that had become his prison) basically was the end. My mom endured a nightmare that no one should ever have to endure of watching the unstoppable and painful death of a loved one. It wasn't supposed to end that way, but it did. 
My friend Chester offered to drive me from D.C. to the hospital in Glen Burnie last night but it came so fast, that there wasn't any time for that. Her first text message that something was really wrong was at 5:34PM and her text message that he had passed away was 68 minutes later at 6:42PM. I was staying late at work trying to finish something (which I did not). She and I decided it best if I came up the next morning (which I did).

Chester still came into D.C. -- he lives in Ellicott City -- and we went to Post Pub and then Old Ebbitt Grill for some late dinner. (Of note, one of Chester's sister's daughters had a baby yesterday in New Jersey, meaning that his grandniece was born on the same day that Ray died.) 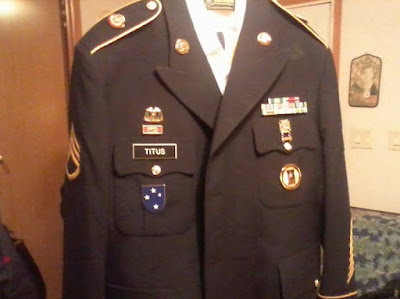 Ray's dress blues. This picture doesn't do them justice. This is the uniform that my mom needs to bring to the funeral home on Saturday.
*******


While I had anticipated being present moment arrived, it didn't turn out that way. Furthermore, given how the end came, perhaps it is better, and I am glad that his daughter (and my stepsister), Debbie, did not have to witness that. She flew up from Laredo, Texas today (January 6th) to visit her dad but missed him by less than 24 hours. (She was here during the Christmas holiday.) 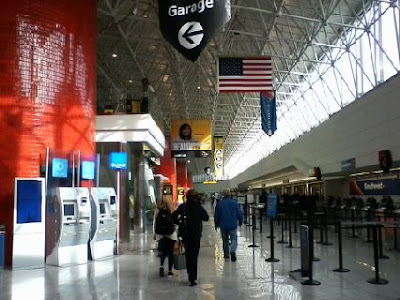 After I took the MARC train up from D.C. to Odenton and met my mom, we went to BWI Airport to pick up Debbie. Given that my early life was so influenced by traveling because of Ray's military career -- and with all those memories of passing through airports (JFK, Heathrow, Brussels, Newark, Atlanta, and Dallas/Fort Worth) -- and because I settled in Maryland and, later, D.C., because Ray was from Baltimore, being at BWI Airport on this day was very appropriate. 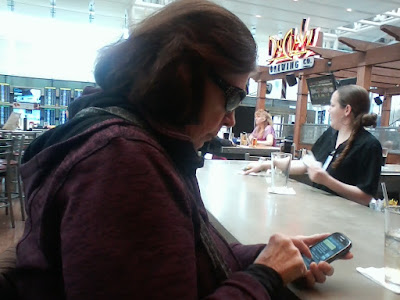 
I need to wrap up this entry. I stayed up a lot later than I planned, although this included helping my mom get some pictures of Ray -- both electronic and photo albums -- to bring to the funeral home ahead of the service (which is not yet scheduled since Ray is having a military burial and timing is sometimes a bit of an issue). We have a number of things to do tomorrow. (I'm planning on staying here until Sunday or maybe Monday and go back to work.) Earlier tonight, the three of us watched the 1985 Canadian multi-part movie "Anne of Green Gables" that had been recorded previously on MPT. It featured the late Colleen Dewhurst. 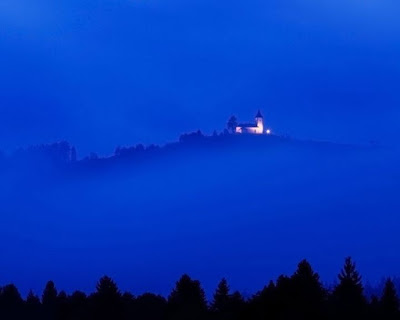 The Church of Saints Primus and Felician, Slovenia.
*******


OK, that really is all for now. Let me just note that there is the possibility of accumulating snowfall in the immediate Baltimore/Washington area tomorrow (in the range of 1 to 3 inches) as a significant weather system passes to the south and east. (Indeed, there is a blizzard warning for the Norfolk / Tidewater area (!)).
--Regulus