Jukebox Saturday Night for January 28th, 2017: Remembering Mary Tyler Moore, The Key to You, and Moments in Love Edition

In remembrance of Mary Tyler Moore -- who passed away on Wednesday at the age of 80:

"Love Is All Around" (opening theme song of The Mary Tyler Moore Show) by Sonny Curtis (1970)
This is more of a montage of key opening scenes rather than the opening of any particular season. Sonny Curtis, now 79, is still alive and performing.
I met Mary Tyler Moore in November 1995 at the old Dupont Supercrown -- later, as a result of the nasty Taft family feud, Books-a-Million (itself now defunct) -- when she was on a book tour for her autobiography After All.
I asked her what happened to her hat -- actually, it was a tam o' shanter -- that she tossed into the air -- and into American cultural legend -- on that cold, gray winter day on Nicollet Mall in downtown Minneapolis in January 1970. She said she had it for years but someone stole it ... 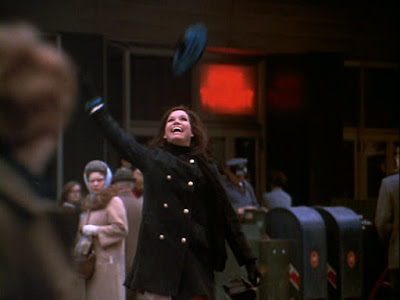 The culturally iconic tam o'shanter toss on Nicollet Mall in the opening scene of The Mary Tyler Moore Show with Mary's unwitting "co-star" Hazel Frederick in the head scarf looking on).
That scene was reenacted -- in a sort of flash mob -- in downtown Minneapolis yesterday at the IDS Crystal Court: 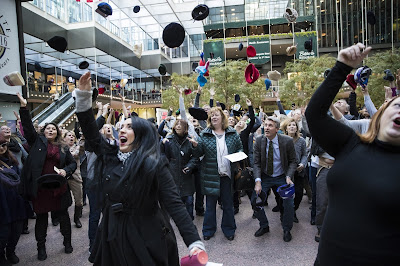 Story here. The story features some interesting vignettes of people whose life and career choices were inspired by The Mary Tyler Moore Show. 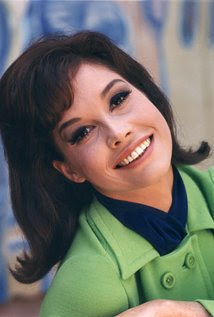 
Finally, let's end with a really awesome piece ...
"Moments in Love" by Art of Noise from the group's Who's Afraid of Art of Noise? album (1984)
This is the full 10-minute "new wave/post-punk" version. This particular YouTube version features scores of beautiful-to-stunning place and natural images at all times of the year from all over Planet Earth -- most of the images conveniently labeled for location.
*******


OK, that's all for now. I'm skipping any Saturday Evening Post for tonight. I just did a bunch of laundry and earlier today, I went to the gym. For tonight, I'm going to get dinner at Old Ebbitt Grill at the Old Bar. For tomorrow, I'm meeting my mom and Debbie at Union Station for lunch. (Debbie returns to Texas on Tuesday.)
--Regulus
Posted by Regulus at 10:06 PM