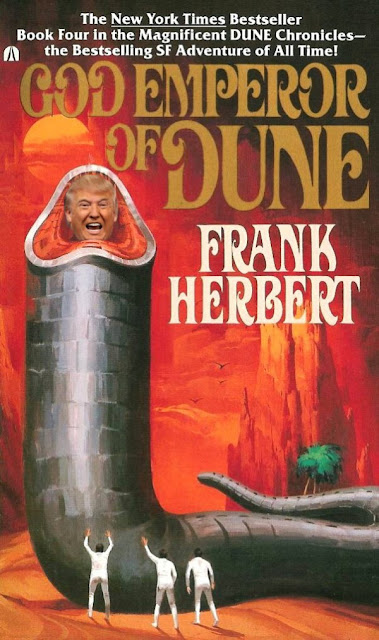 Home tonight after the gym and a day at work and following a weekend in which I way overspent, although part of it was for a good reason (a going away lunch for Debbie with my mom). I'm watching TV, specifically, Antenna TV and its unlikely sitcoms: Wings, Becker, and Newhart. I'm really starting to like Becker -- and it was only a couple of weeks ago that I discovered this show that was made between 1998 and 2004. 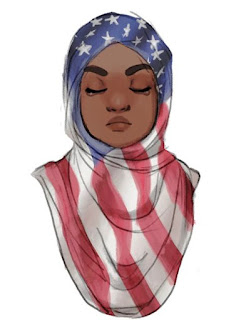 So as I mentioned in recent posts, I am intentionally not posting all the chaos and mayhem that the sicko would-be dictator Donald Trump is intentionally causing as a result of his obvious megalomaniacal psychosis. This includes all the standard rightwing Republican bullshit on any number of commonsense matters ... 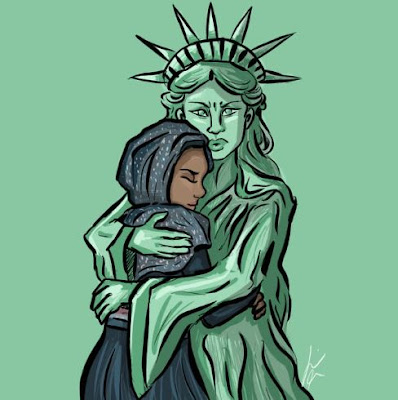 However, Trump's unconstitutional, reckless, and hateful immigration Executive Order banning people from entering the U.S. from seven countries -- including those already in the United States with green cards -- requires some mention. 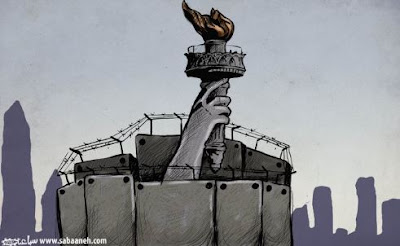 It was on Friday, Jan. 27th -- Holocaust Remembrance Day, no less -- that the vile Donald Trump the as-yet-unnumbered EO (likely 13770) that indefinitely bars Syrian refugees from entering the United States, suspends all refugee admissions for 120 days, and blocked citizens of seven Muslim-majority countries, refugees or otherwise, from entering the United States for 90 days including Iran, Iraq, Libya, Somalia, Sudan, Syria, and Yemen. 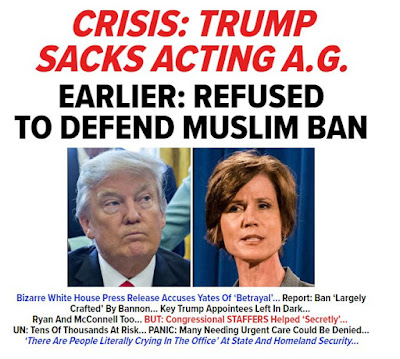 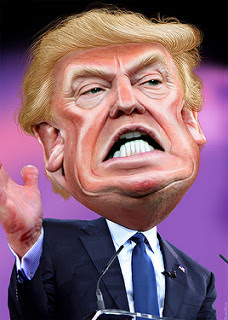 Trump is creating a vortex of chaos and dangerous social division. He is, of course, a deranged lunatic who will do an uncertain amount of potentially catastrophic damage to this country, its institutions, and its people. But Trump is also the culmination of decades of the conservative media/entertainment complex's malevolent influence on the American body politic. 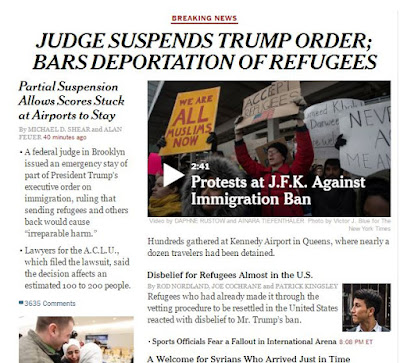 The good news is has triggered a nationwide groundswell of protests by people of decency. Of course, those who think Trump is their American savior are as deluded and in love with Trump as they are full of shit, so no changing their minds.
Here is a hopeful-for-the-long run piece by Jonathan Chait: Obama's America Rises Again. 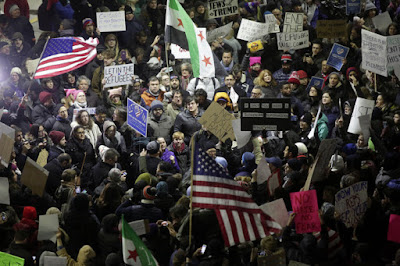 
For an interpretation on this immigration EO -- which tonight caused a "Monday Night Massacre" at the Justice Department as the Trump Lunatic fired the Acting Attorney General Sally Yates for her refusal to carry out his illegal edicts -- I refer you to a source that I would not have thought I would cite but such is the time in which we are living:
Malevolence Tempered by Incompetence: Trump's Horrifying Executive Order on Refugees and Visas by Benji Wittes. 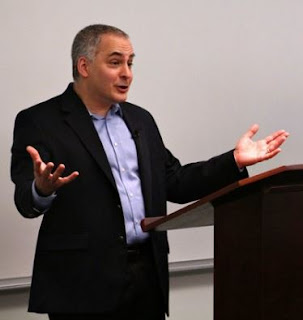 Wittes really is arrogant SOB enamored with his own sense of brilliance and importance, but this is still a good piece from his Lawfare blog. Also, here is another piece from that site by Harvard Law Professor Jack Goldsmith on why Yates screwed up in how (not why) she went about things:


Quick Thoughts On Sally Yates' Unpersuasive Statement.
OK, that's all I'm going to post in this entry. I was going to post another entry but it's just too damn late right now. 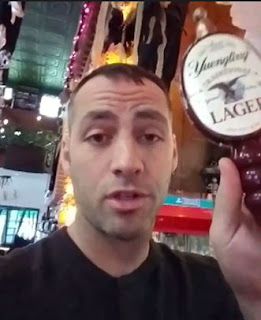 I'm keen on mentioning David "Local Hero" Perruzza's current richly deserved little mess. I definitely have some thoughts on that -- including why it likely erupted into the public.

However, in the interest of a good night sleep, let's save that topic for a better time.