Some Passing Thoughts on a Bright, Brisk Early Winter's Day at the Tail End of Awful 2016 -OR- An Eve of New Year's Eve 2017 Brief Update 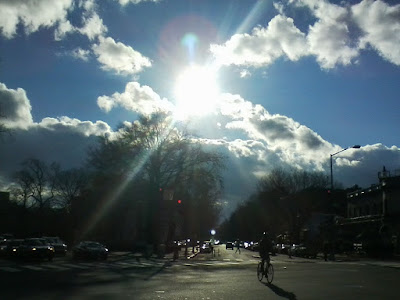 
I ended up basically taking most of today off from work (despite the fact that my vacation balance 9 months into this job remains negative). I just got back from doing a financial transaction of taking out $300 on my credit card (through Bank of America) and putting the cash into someone's Wells Fargo account. (Fortunately, there are Bank of America and Wells Fargo banks near each other by Dupont Circle.) 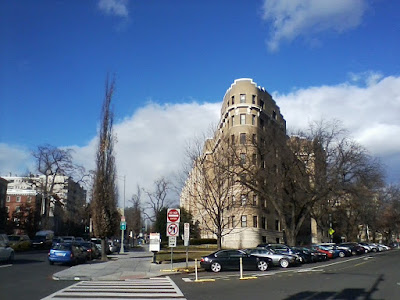 Looking north along 16th St at the 2000 block of New Hampshire Ave NW -- The Brittany condo building -- Washington, D.C., 2:27PM December 30, 2016.
That top rounded-corner condo (which I can see from my little efficiency directly across the street) gets quite the spectacular view of D.C., although I wouldn't want to live that high off the ground.
*******


This is my proffered payment of my stepsister Debbie's January rent as she comes up here from Laredo, Texas to stay with her dad -- my stepfather -- in his terminal condition. She should be a significant help to my mom as I cannot be at their place in Millersville that often. (I had to deposit the cash into her housemate's account since she doesn't have any bank account.)
This $300 transaction cost be an additional $15 or so. (I have a checking account and a credit card with B of A.)
She quit her awful part-time job at some shitty discount retail store. The management apparently didn't like that she was taking time off for her dying father. Being a "right-to-work" state, I suppose, means that in Texas, you can be instantly fired for such a crime against the ruling fundamentalist elite. 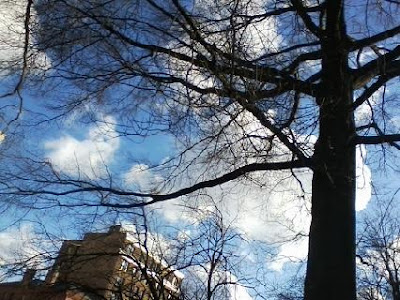 
Last night, Andrea and I went to dinner at Flavio in Georgetown (formerly, Paper Moon), and before that, we had a drink at the bar at Sea Catch. (I quite liked that first place.) We went to Georgetown via an Uber from work.
Later, I met Kevin for a drink at Le Bar in the Sofitel Hotel. God, that place is frickin' expensive. I then went to Trade and talked to this guy who lives in Luray, and thereafter, stopped at Stoney's where Howie was working. 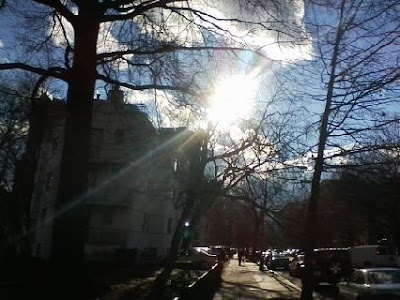 
The weather today is the sort of winter day I quite like: Very brisk and brilliant sunshine mixed with passing snow showers (even a brief snow squall earlier) with chaotic stratocumulus / nimbostratus clouds in a clean, clear blue sky. Temps are around 41F but it is quite cold aloft following a frontal passage. There is a gusty northwesterly wind.
I'm going to the gym shortly. I'm going today in lieu of going tomorrow -- New Year's Eve -- when I have evening plans. (I'm unsure if I'm going to a house party in Hyattsville for the actual midnight hour or just coming back around here.) My evening plans involve what has become a tradition of having dinner with DD and his family in Rockville town center.
For tonight, I'm supposed to meet Fred later at Annie's. 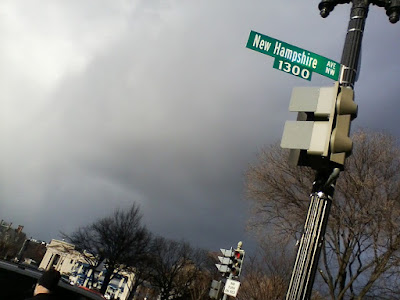 Approaching clouds / snow shower as seen from Dupont Circle, Washington, D.C., 2:53PM December 30, 2016.
This looked like an approaching snow squall but it mostly missed us but for a few flurries.
*******


I plan to post two entries tomorrow -- a Saturday evening post to give an appropriate farewell to the fucked-upness that was 2016 that includes the election-on-a-technicality (by a vestigial slave institution known as the Electoral College) of Donald Trump, which is to say, America's sudden descent into a Philip K. Dick dystopian alternative reality.
I also plan to post a jukebox Saturday night to pay tribute to the various performers who died this year.
OK, that's all for now.
--Regulus
Posted by Regulus at 4:05 PM