Saturday Evening Post for Dec. 17th, 2016: 'Tis the Eve of the Week Before Christmas and the Trumpanzees Are All Fascist with Glee 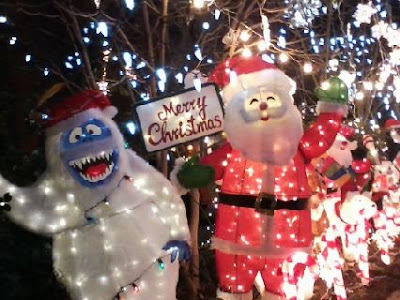 
As a brief Saturday night update ...
There was an extended period of freezing rain and sleet from about 2AM to 10AM this morning, which caused lots of traffic issues including at least one very bad accident on I-95 near BWI Airport.
While temps went above freezing, there wasn't the major warm-up into the mid-50s Fahrenheit that was forecasted. It looks as though that KDCA only reached 44F and KBWI didn't even get past 35F. KIAD reached 47F and down at KCHO it reached 55F. KBWI is back down to 32F presently.
Updated 3:16PM 12/18/2016: 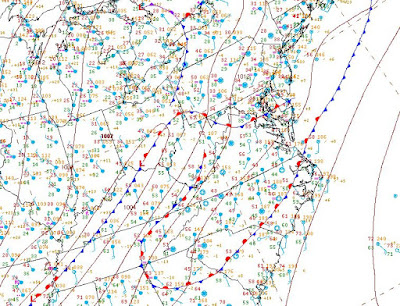 
The cold air "wedge" -- or damming -- east of the Appalachians -- did not relent nearly as much as anticipated, although truth to tell, at this time of year, that's not a surprise. It's a known weather model bias.
There was actually "trace" of snow -- the first of the season -- at KDCA along with "trace" at KBWI and KIAD. That's probably all there will be at KDCA this season.
A vigorous cold front is forecasted to push across the Eastern Seaboard tomorrow with a chance of heavy rainfall here in the Metro D.C. area, although it probably won't last very long.

Great Lakes sector composite radar mosaic looped 0118UTC to 0228UTC December 18, 2016.
There are strong-to-severe thunderstorms in all the usual Deep Red State areas -- with the likelihood of the usual tornadic disasters that I as a "blue" taxpayer will have to help pay to repair. I'm thinking of the trailer parks, McMansion gated communities, tax-exempt megachurches, and strip malls.
*******


I made it to the gym today after getting up -- finally -- around frickin' 2PM. I had a decent multi-part workout ending with a swim. Last night, I met Fred at Trade and then Brian and Greg showed up. They are visiting D.C. this weekend from NYC. The four of us actually had quite a nice time last night, albeit a boozy one. I walked home with Fred (he lives in the building next to mine). 
As I've mentioned recently, I'm planning on visiting Brian in NYC during the Inauguration / Installation weekend as I have zero desire to be in D.C. that weekend with animal-like, gun-toting Trumpanzees roaming the streets all drunk and looking to "make America great again." 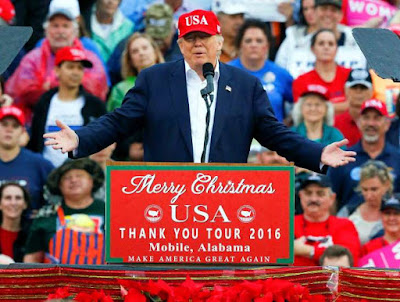 Our new fascistic and megalomaniacal President-Elect whipping up the yowling mobs.
Trump actually praised them for being "violent," "vicious," "ugly," and "mean." No joke.
*******


I will say that despite his win on an Electoral College technicality, Trump is still marauding around the country in the parts that voted for him holding fascist-like campaign rallies. These are early 21st Century American-style fascist rallies, which means the mobs are as rabid as they are Know Nothing stupid and self-destructive. 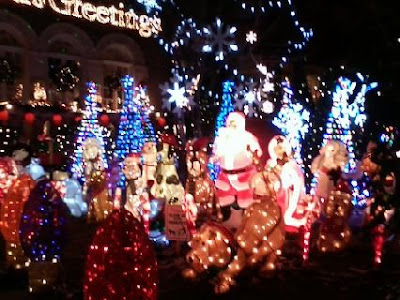 Another view of the church decorations in the yard outside the Rectory of the Church of The Holy City - National Swedenborgian Church, Washington, D.C., 8:24PM December 16, 2016.
*******


Of course, the real work of kleptocracy, oligarchy, authoritarianism, and Randian Social Darwinism are just getting underway, not to mention putting into power scary, conspiracy-mongering lunatics likely to lead the country into any number of wars -- as Jonathan Chait points out in this important piece.
I also highly recommend reading this Paul Krugman New York Times op-ed from yesterday: Useful Idiots Galore.
Yes, this most definitely includes James Comey.
OK, enough of that. 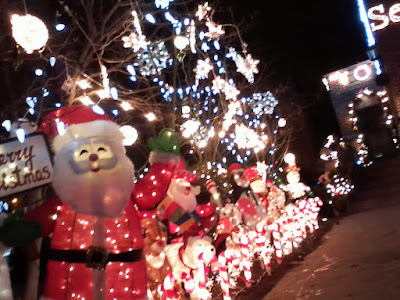 And still another view of the decorations in the yard outside the Rectory of the Church of The Holy City - National Swedenborgian Church, Washington, D.C., 8:24PM December 16, 2016.
*******


For tonight, I'm going to walk over to No. 9 and/or Trade, although I may again meet up with Brian. He does Ubers and things like that so that opens up more options. 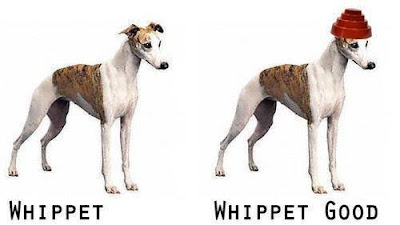 Ha ha
You have to be of a certain age to get this joke.


For tomorrow, it's my Sunday free day, although I'm not sure what I will do. Maybe I'll see Kevin.
OK, that's all for now. Jukebox Saturday Night entry to follow shortly ...
--Regulus
Posted by Regulus at 10:55 PM