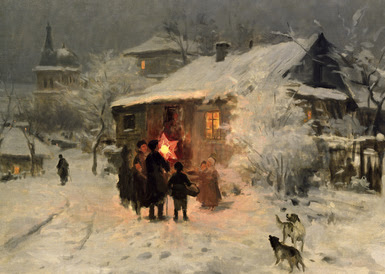 This is my special extended Christmas Eve edition of my weekly Jukebox Saturday Night feature ... Enjoy.
First up, an old favorite as performed so memorably by the late Burl Ives...
"A Holly Jolly Christmas" as performed by Burl Ives from his Rudolph the Red-Nosed Reindeer album (1964)
*******


Next, a terrific Christmas song that manage to be upbeat and melancholy at the same time ...
"We Need a Little Christmas" as performed by Angela Lansbury from the original Broadway musical Mame (1966)
The 1958 movie version Auntie Mame starring Rosalind Russell is, of course, the best.
******* 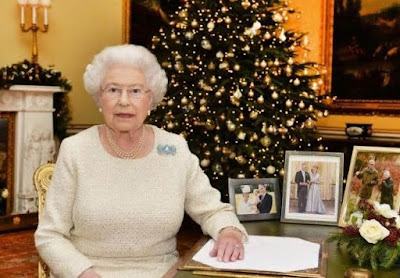 Yes, Ma'am.
Queen Elizabeth II in the 18th Century Room at Buckingham Palace after Her Majesty's Most Gracious Speech, Christmas 2015.
*******


Continuing with the Yuletide music ...
"Do You Hear What I Hear?" as performed by Bing Crosby (1963)
I love this song, especially this version by Bing Crosby.
I actually recall when Bing Crosby died -- October 1977. I was 7 years old (almost 8) and living in Long Branch, N.J., with my paternal grandparents and dad. My grandma said to me something to the effect that he was "an old fart" and I said, "Noooo...." -- because I was confusing Bing Crosby will Bill Cosby (whom I knew from the Fat Albert cartoon). For real.
Two of Bing Crosby's seven children -- his sons Dennis and Lindsay -- both committed suicide. His granddaughter, Dennis Crosby, played Security Chief Tasha Yar in Star Trek: The Next Generation.
*******


This one never gets old -- and somehow gets played in gay bars in the middle of summer and people still love it...
"All I Want for Christmas Is You" by Mariah Carey from her Merry Christmas album (1994)
*******


Here's another one of my Christmas favorites ...
"It's the Most Wonderful Time of the Year" by Andy Williams from The Andy Williams Christmas Album (1963)
Chester and I have had a lot of fun adjusting the lyrics of this song -- centered around the refrain: "It's the hose baggiest time of the year" and includes lines such as:
"They'll be hosings and baggings and baggings and hosings / And hose-bags out in the snow/ There'll be scary hose stories and tales of the glories of hose-bags long, long ago -- OH!"
*******


Lest I end on a sacrilegious note, let's conclude with this ...
Hallelujah Chorus, Messiah Part II, Scene 7 (Novello #44 / Bärenreiter #39) by George Frideric Handel (composed 1741 / first performed 1742) as performed by the Mormon Tabernacle Choir
Not a drop of alcohol nor any vice, really, not to mention not a single Democratic voter, are to be found in that lot. 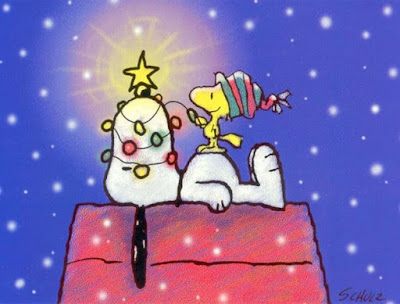 OK, that's all for now. Merry Christmas, all, except for everybody I dislike. You know who you are but you're probably not reading this anyway.
--Regulus
Posted by Regulus at 9:59 PM