Friday Night Creature Feature for Dec. 23rd, 2016: Eve of Christmas Eve 2016 Update with Some Lovely Photographs (That I Didn't Take) 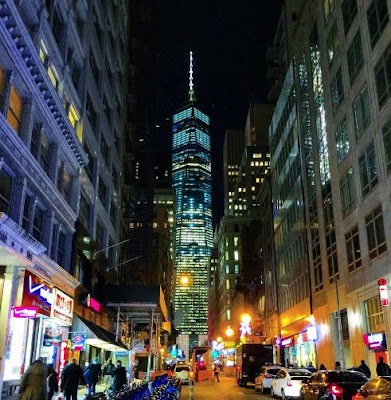 One World Trade Center in all its nighttime glory as seen in Lower Manhattan, Dec. 11, 2016; photo by Eric E. Dunn.
Most of the pictures in this entry are primarily taken from the Twitter page #ItsAmazingOutThere and that is the source of some of the pictures in CWG entries. The twitter page appears to be updated regularly, so these pictures will eventually drop into a sort of oblivion. I've tried to credit the photographers by linking to their Twitter pages.
This is a far better use of Twitter than the Authoritarian Buffoon-Elect Donald J. Trump's misuse, which are for the purposes of satisfying megalomaniacal needs and sowing confusion among friends and foe alike.
******* 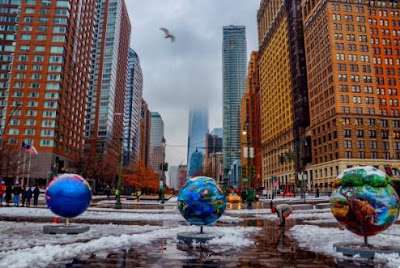 The view toward One World Trade Center -- the top half of which was cloaked in low clouds -- as seen from Pier A in Battery Park, Lower Manhattan, New York City, December 17, 2016. Photo by RosEspinosa Quinto.
One World Trade Center is also sometimes called the Freedom Tower (that was going to be its name but in the end, it was not.) The top spire is 1,776 feet high (for obvious reasons) and it is the 6th tallest skyscraper in the world (and tallest in the Western Hemisphere).
*******


My schedule this week has been upended owing to the need to be at work late repeatedly due to three different major tasks, one of which I simply could not finish tonight and I'm not even going to try given that it is Saturday and Christmas Eve tomorrow. There is time on Tuesday to work on it. (This has been a minor issue with my supervisor.)
Speaking of One World Trade Center ... 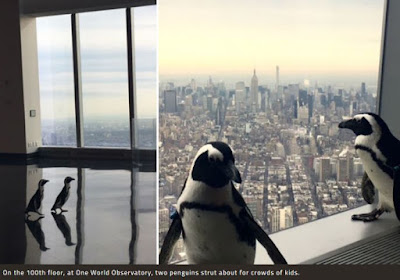 Two penguins gad about on the observation deck of One World Trade Center; Dec. 21, 2016.
According to this account, the penguins are a brother and sister named Betty and Vern and reside New Jersey's Jenkinson's Aquarium on the Jersey shore in Point Pleasant (which isn't far from my hometown of Long Branch).
*******


Owing to this unforeseen work schedule, I was unable to go to the gym except once this week -- on Wednesday -- and because I'm away for the weekend, I won't be able to go until Monday or Tuesday. (The gym is open regular hours on Monday even though that is technically the Christmas federal holiday this year since Christmas itself falls on Sunday.) To be clear, I'm planning on returning to D.C. on Monday. 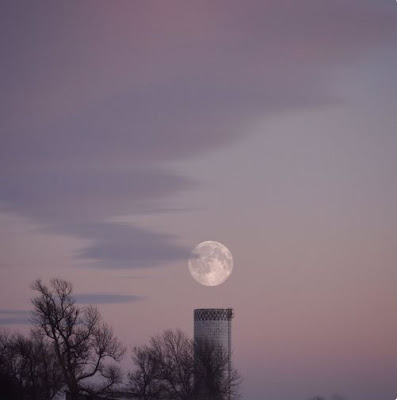 A stunning Full Moon rising above a grain silo on the Minnesota prairie on a serene evening, December 18, 2016; photo by Tamie / redrocks222.
I believe this was the last of the (many) "supermoons" this year.
*******


I managed to get to the Metro Center Macy's tonight and buy some gifts for my mom and for Ray. (I felt I should get gifts for Ray since this may very well be his last Christmas.) I spent over $250, only $30 of which was for myself (a new shower curtain and new towel). I need a new belt and new shoes but that will have to wait until after Christmas. 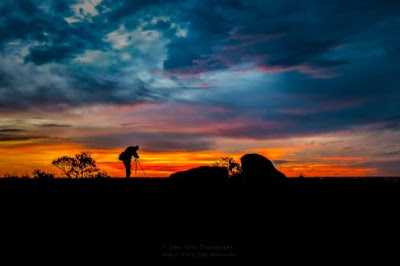 Shortly before sunrise at Garden of the Gods, Colorado Springs, Colo., September 18, 2016; photo by John Skiba.
Some of John Skiba's (a.k.a., Nikonian's) photos are incredible.


The MARC train is supposed to be running tomorrow despite the fact it is Saturday and Christmas Eve, and I'm going to try take the 10AM one in order to have enough time to get to Sunset restaurant in Glen Burnie at 1PM. 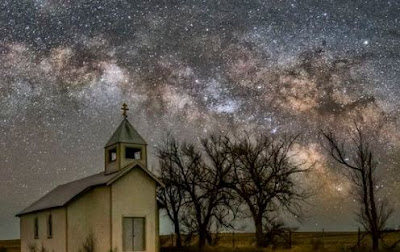 The awesomely starry night sky and an abandoned little church taken somewhere (possibly in Colorado) by John Skiba. This is part of his Twitter page wallpaper.
*******


Because I need to get up by 715AM -- owing to the fact it takes me so damn long to get ready and out of the apartment in the morning -- I really can't do much tonight although I may go to Trade and perhaps even meet Fred for a bit (at JoJo, assuming it's not too crowded).
If I miss the 10AM train, then I need to take a much more expensive Amtrak to BWI Rail Station. (I do have such trouble getting up in the morning.) 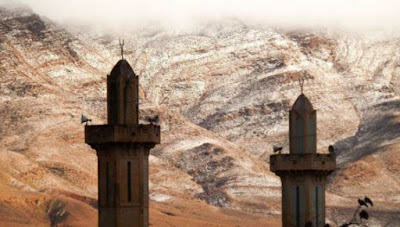 A freak snowfall dusts the sand dunes of the Sahara Desert in Ain Sefra, Algeria, December 19, 2016; photo by Karim Bouchetata and appearing in this CWG entry.
*******
The weather tonight is overcast (a high cloud deck) and seasonably chilly (air temp about 40F) but not much wind. It's supposed to rain tomorrow followed by partly cloudy and seasonably chilly on Christmas day (high around 43F). There is no snow forthcoming.
OK, I think that's all for now. I'm going to try to post a jukebox Saturday night entry tomorrow night from my mom's place. I'm unsure how many entries I will be able to post the next few days.
As it is, it's going to be crowded in that little trailer with Debbie also there. (She is visiting from Laredo, Texas. I have not seen her since, I believe, Sept. 1995. Yes, she is technically my stepsister.) 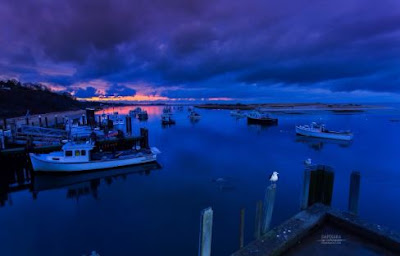 
OK, that's all for now. My next planned update will be tomorrow evening.
--Regulus
Posted by Regulus at 9:18 PM