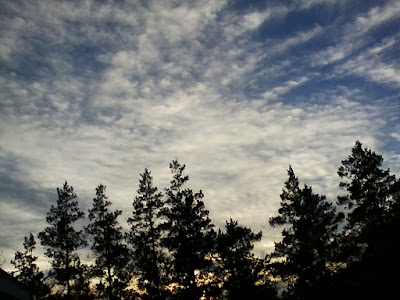 
This was a very good but also very emotional Christmas spent at my mom and stepdad's little place in Millersville, Md. It was made better by the welcome presence of my stepsister, Debbie, whom I had not seen since, I believe, September 1995 (that is, 21+ years).
It was good because we were all together for what is quite likely to be the last Christmas that we can all be together given Ray's terminal health condition. 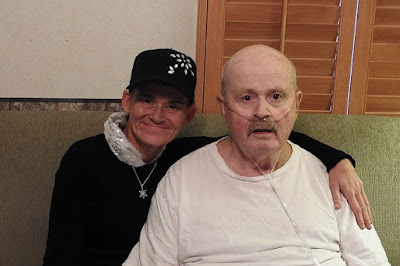 
It was also good because I was able to reconnect with Debbie and discovered her to be a very lovely person with a gentle and good-natured soul despite having what sounds like a difficult life living in Laredo, Texas (!), where she has successfully raised two children -- a young lady and a young man in their 20s -- who seem to have turned out well despite a lot of socioeconomic challenges.* (Debbie once lived with Ray's parents on Bristol Avenue in the Brooklyn section of Baltimore.)
*Yes, I'm a step-uncle, and since they both have children of their own, a step-great-uncle. O-K, then. 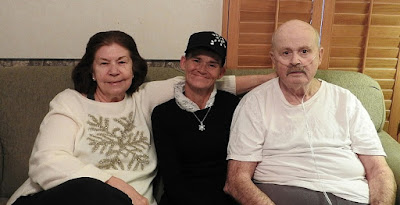 
Ray's condition is dire and terminal, and it is necessarily the focal point of all day-to-day activities and decisions. Ray -- a 69-year old Vietnam veteran -- has pulmonary fibrosis that is most likely due to agent orange exposure while there all those decades ago as a 19-year old kid drafted right out of high school from his South Baltimore neighborhood. To be clear, Ray is on disability for his Vietnam service but not for that particularly condition (the VA threshold of proof for which is very high). 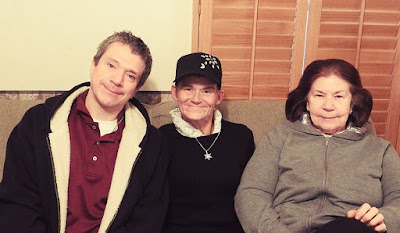 
Also, as an aside, it was also a good Christmas because I also had a nice phone conversation with my dad down in Florida -- and we seem to be in a much better place father-son relationship-wise despite the fact that he will not shake off a destructive and lop-sided relationship with that Shannon character. 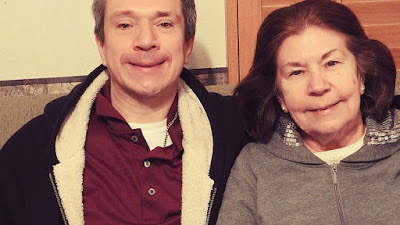 
Ray is on in-home hospice care with nurses who visit and in which the whole process is simply designed to make the person comfortable. He really isn't able to leave the little place where they live (which, while comfortable, is not really designed for a terminally ill person). One issue is that his blood pressure is so low that it is almost impossible for him to walk. 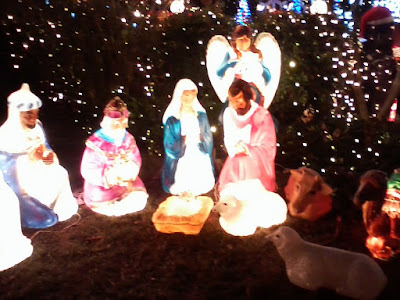 Illuminated Nativity display, Church of the Holy City, Washington, D.C., 9:53PM December 23, 2016.
Yes, this is the church whose rectory yard has all the lovely Christmas decorations -- and decorations for almost any significant holiday.
The rest of the pictures in this entry are posted chronologically in the way I took them.
*******


Debbie happily refers to me as her brother although I'm her stepbrother -- and one she hasn't seen in decades. (Neither she nor I have any whole or even half siblings.) Oh, and I was glad to bring the presents that I did (Ray really seemed to like the slippers I bought him.) 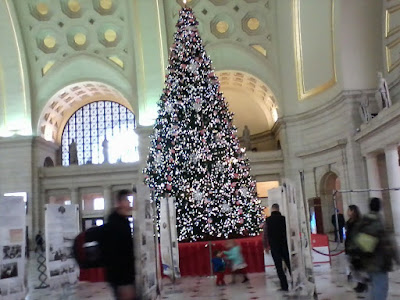 
My mom is methodically making sure Ray takes the baker's dozen of pills that he has to take every day (staggered in four increments). Everything is written down and kept in an electronic file on the computer. Still, the whole situation is exceedingly difficult and stressful -- and it is exacerbated by the fact that really nothing can be done except to have this terrible unfold as it will with an ending that is fully known ahead of time. 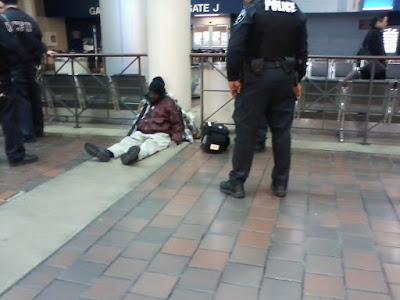 A homeless man who was unable to stand up gets help from D.C. paramedics as a policeman stands by, Union Station, Washington, D.C., 11:04AM December 24, 2016.
Union Station is basically a homeless encampment. Also, it was raining outside so lots of them had come inside. I gave $5 to one guy who had unsuccessfully worked the entire line I was in -- asking for $3.90 to go to the McDonalds in Union Station to buy lunch.
*******


My idea is that he should have one of those automatic wheelchairs that, I think, would at least allow him to get outside. (Medicare certainly pays for them -- that's why you see an infinity of commercials for them.) I just think this would at least free him from being a prisoner inside. 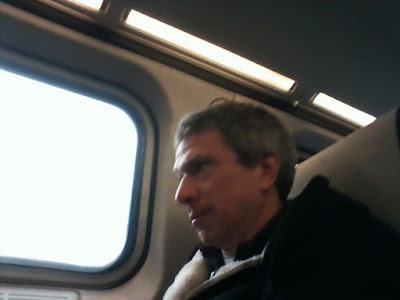 Yours truly on an Amtrak train heading from Washington Union Station to BWI Rail Station, 11:34AM Dec. 24, 2016.
Naturally, I missed the 10AM MARC train (wasn't even close as I had gone out with Fred the night before to Trade and gotten rather drunk) so I had to spend $31 for an Amtrak ticket (instead of $7 for a MARC ticket). I also took a taxi to Union Station rather than dicking around with the Metrorail.
*******


As it is, Ray could not join my mother and me for our Christmas eve dinner -- which was at the Sunset Restaurant in old Glen Burnie. Debbie stayed at home with her dad (with whom she reconnected after many years -- and not a moment too late). She came up from Laredo for a one-week stay -- returning to Laredo via a flight to San Antonio tonight. Hopefully, she will come up again later this spring. 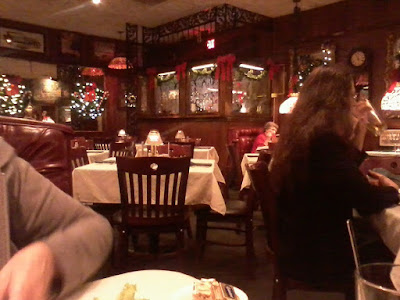 
My idea is that starting in January, I will go up there one day a week on the MARC train (they don't live far from both the Odenton and BWI Rail Station stops) and stay overnight -- teleworking from their place. (They have a computer with the necessary stuff on it for me to do the bulk of my work and I am allowed to telework.) 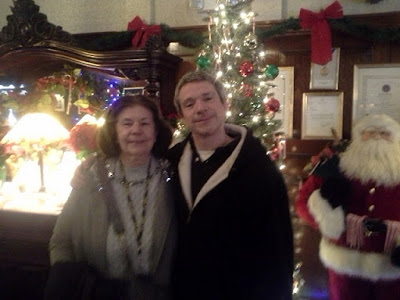 Yours truly and my mom at Sunset Restaurant, Glen Burnie, Md., 2:06PM December 24, 2016.
Our waitress took this picture after dinner. We brought two dinners back for Ray and Debbie (for which I was happy to pay).
*******


In any event, last night was nice as we had a pleasant dinner in the small place where they live and then watched TV. We actually watched the last half / final TNT showing of A Christmas Story -- the 1983 movie that has become a sort of Christmas day classic aired continuously for 12 times on Christmas Eve and Christmas Day on either TNT or TBS. I didn't realize the actress who plays the mother -- Melinda Dillon -- was the woman who played the mother of the little boy who is alien abducted in Close Encounters of the Third Kind. 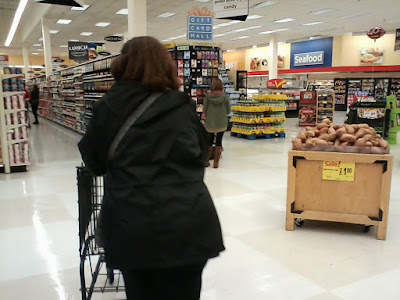 
My mom was unfamiliar with the movie -- which I first saw on one of my Buffalo snow trips at Christmas with ex-friend Gary -- but ended up liking it. Later, Debbie and I watched on YouTube an episode of The Golden Girls (one of my favorite, "Bringing Up Baby"). 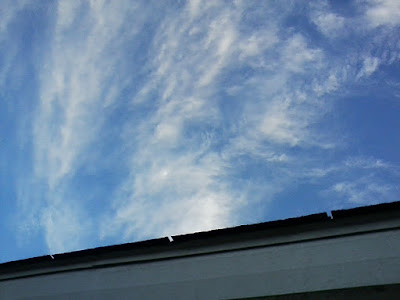 
By the way, I should note that Wednesday -- Dec. 28th -- is my mom and Ray's 42nd anniversary. They got married at the old Fort Monmouth, N.J., Army base (I don't even remember my mom and dad together. And, no, I was not at their wedding. I had just turned 5 years old and, I assume, I was with my paternal grandparents that day in Long Branch.) 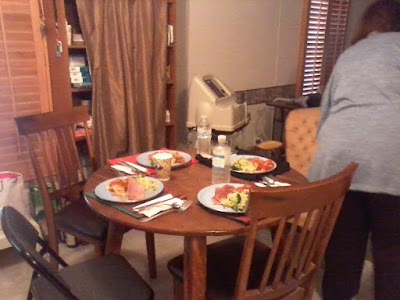 
Today, my mom took me to BWI Rail Station today after lunch at the Honey Bee diner -- a Glen Burnie institution. The weather today was suddenly gloomy gray and drizzly day with temps only around 45F after a sun-flooded, mild, naturally snowless Christmas day (with temps around 50F). 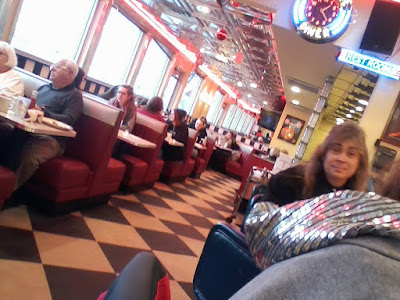 Honey Bee, Glen Burnie, MD., 1:17PM December 26, 2016.
I didn't realize this person was observing me take the photo. This person also looked like s/he could have been in a hair band back in the early-to-mid 1980s. (And THAT was quite popular in Glen Burnie at the time.)
As an aside, Glen Burnie -- or at least parts of it -- is definitely a bit more ghetto than I remember, although most definitely not the Honey Bee. Maybe Baltimore City can annex it (the 21060 and 21061 postal codes) as an exclave ...
*******


I got back to D.C. and went to the gym where I had a full multi-part workout ending with a swim. (The music was awful at the gym tonight though I was mostly able to ignore it.) I then met my neighbor / friend Fred at nearby Exiles, where we had a bite to eat and a drink. 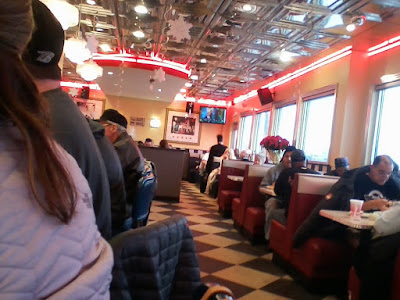 Honey Bee diner, Glen Burnie, Md., 1:17PM Dec. 26, 2016.
This diner used to be located on the other side of Ritchie Highway prior to about 1986 -- and I recall walking there with my mom in the immediate aftermath of the blizzard in February 1983 for lunch from our then-residence in the Colonial Square Apartments along Oakwood Road.
*******


I'm home at the midnight hour. I'm doing two loads of laundry since I didn't do my laundry as I normally do on Saturday. 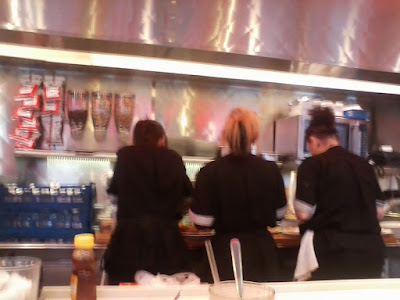 
So I need go to bed shortly as I want -- need -- to be at work by about 930AM tomorrow in order to have time to finish up some edits on another EERE peer review report for another one of the programs. 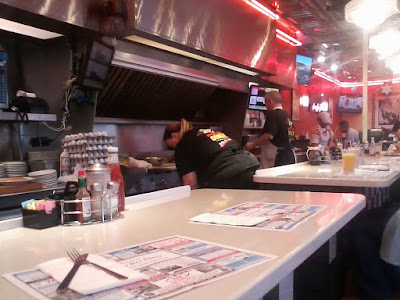 
For this upcoming week, my plan is to post entries on more familiar topics for me (weather and politics), although for tomorrow after work -- a non-gym night -- I will probably just stop at Trade and may not post anything when I get home. That means my next entry might not be until late Wednesday / early Thursday. 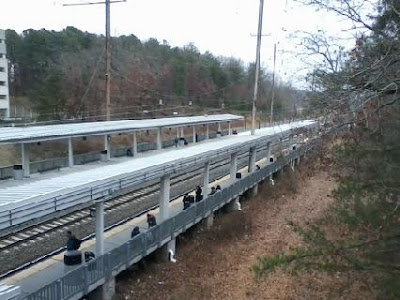 was glad to read that you and debbie had a nice if not for ray's circumstance visit.

we went to nyc. where christmas day started with an unwelcome and stressful adventure. i'll tell you later. let's plan to meet after mlk junior day, or even better - after that whole inauguration/protest debacle..

I'm planning on skipping town the entire weekend of the OBE Coronation -- no, not Order of the British Empire but rather, Orange Buffoon Emperor. I'm planning on visiting Brian in NYC that weekend.

Thereafter, I'm around if you would like to meet. Just give me a few days notice so I can rearrange my schedule.