Trending and Portending Toward Trumpocalypse This Globally Warmed & Weatherless November 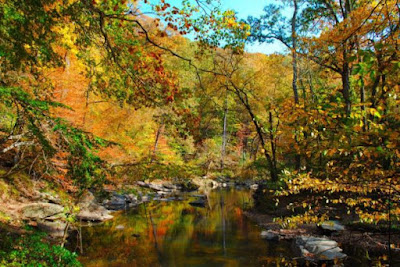 Apologies for lack of entries.


The past two nights were "non-gym nights" and both involved me going out -- Tuesday night with a co-worker friend in town from Denver and last night solo -- and by the time I got home, there was no way I could write anything. Both nights involved going to Dito's Bar as the second stop. (Last night, I watched part of the final World Series game in which the Chicago Cubs defeated the Cleveland Browns and won their first World Series in 108 years. Apparently, the goat curse is ended.) 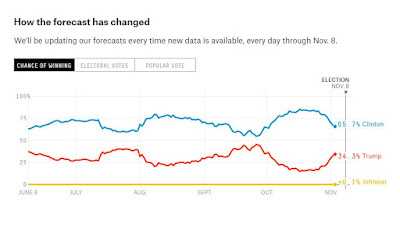 FiveThirtyEight.com Hillary Clinton and Donald Trump trend line of odds of winning from June 8th - Oct. 27th, 2016 in the current polls plus forecast model.
Two interrelated things are happening: One, the race has tightened considerably and, two, Trump's support among Republicans has increased while the number of undecided voters and those supporting third party candidates has dropped.
Also, nonstop media bullshit yet pathological scandal-mongering involving Hillary Clinton -- and no discussion of the catastrophes of a Trump presidency married to wall-to-wall rightwing radical Republican government -- are not helping.
*******


In addition, the impending election and the whole Trump nightmare around it are so overwhelming and there is so much to write about, opine on, that it's too daunting even to attempt to start an entry.
Anyway, tonight is a gym night and I post to plan something. 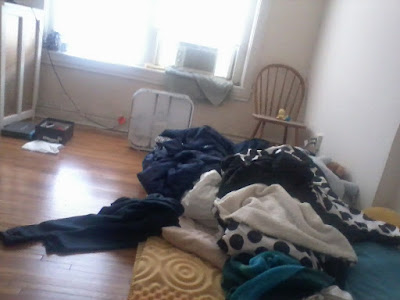 
My dusty, tiny apartment is a mess this morning, but the a/c is keeping nice and cool even while the fan whirls away. All I want to do is sleep all day but I have to get to work.
Hopefully, today will be the last of the 80F days of this season and year here in the D.C. area and perhaps there will be some much-needed rain this evening with a cold frontal passage. However, the overall pattern across much of the U.S. remains distinctly "weather-free" and absurdly (globally) warm this unhappy fall with drought and brush fires in the Southeastern United States.
All in all, everything sucks.
OK, that's all for now.
--Regulus
Posted by Regulus at 9:10 AM