Thanksgiving 2016: Freedom from Want, but Not from Trump and GOP One-Party Rule; Recap of a Nice Night at Joe's Restaurant 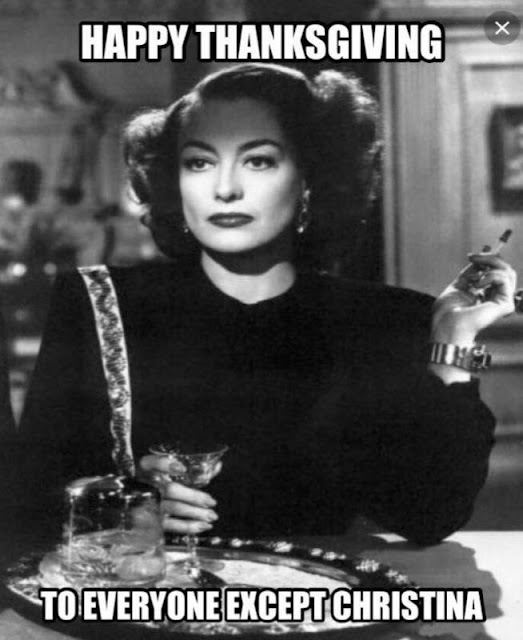 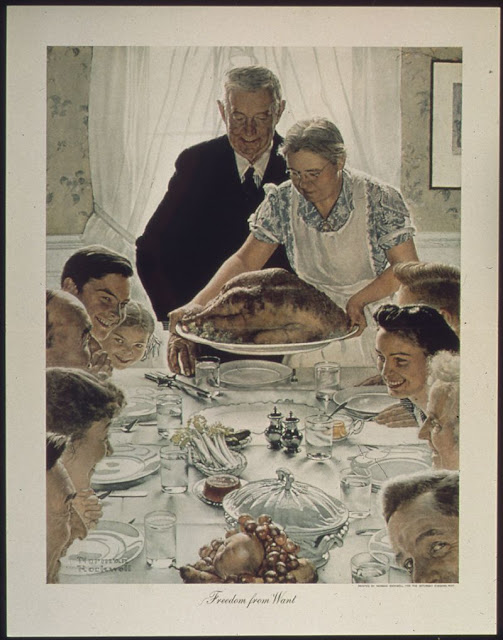 
Thanksgiving is such an odd and oddly demanding holiday -- and certainly the biggest of all secular American holidays and with its weirdly obsessive expectation of being with family and focus on gluttony via a particular type of feast. (And then the "Black Friday" often dangerous nonsense that follows it.)
As it is, I don't even like turkey -- as a food, that is. As an animal, the turkey is an incredibly stupid creature. (Well, perhaps not the dumbest.) 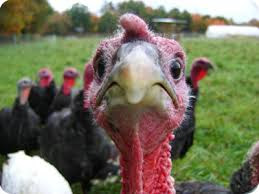 They're also, by and large, treated like shit (basically tortured) by humans -- as are cows, pigs, and chickens -- when being raised for food, although there are signs of change.


Anyway, I don't have a lot of time this afternoon as I need to get ready and get to Quill's parents' house in residential Silver Spring for a dinner that includes the standard Thanksgiving fare -- and that avoids political talk and features a lot of good wine and bad puns.
Tomorrow, I'm taking the train (probably an Amtrak since I don't think MARCs run on the day after Thanksgiving) up to Anne Arundel County to visit my mom for the weekend and return on Sunday. I'm going to try to get to the gym late morning / early afternoon, though.
I have to finish a work-related performance evaluation by Monday morning and this is going to take at least a few hours -- time I need to find. 
I only just got up because I was quite imbibed last night. Andrea and I were going to go to Old Ebbitt Grill, but the way through Lafayette Park (from McPherson Metro) was closed -- the uniformed Secret Service getting to play their favorite role of militarized armed forces, something that will be happening a lot in the Trump Era, I suspect) -- we detoured to 15th Street. Joe's Restaurant, Washington, D.C.
This picture and some of those below are taken from online sources since the ones I took at the restaurant last night were of the usual flip-open cellphone crappy quality. I think it's obvious which are which even without the captions.
*******


In so doing, we went past Joe's -- a curious restaurant housed in a stately building that is nearly concealed given its very subdued entrance: Just a sign with a old incandescent light shining upon it that reads: Joe's Seafood, Prime Steak & Stone Crab. There are two doors perpendicular to each other -- one on H Street and the other on 15th Street -- with frosted glass so you can't see inside.
As context, I had noticed the place last Saturday night on my way to Old Ebbitt and remarked to Andrea that I would like to try it sometime. She suggested we try it right now for a drink and we entered. 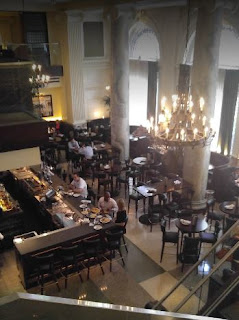 The place is HUGE (as in cavernous) and opulent in a dimly lit, old-school way. There is a front bar where we sat for a good hour and half and a smaller bar in the large dining room where we went as a sort of second stop. The place was surprisingly busy but not noisy. The wait staff and bartenders were attired very nicely with bow ties to complete the ensemble.


Above the main bar is a enormously enlarged picture of the original Joe Weiss and his wife, Jennie, standing in front of the original restaurant that was opened in 1913 in Miami Beach (but that no longer exists). 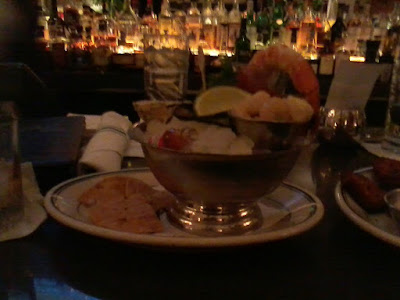 
Apparently, the Weiss family in partnership with an outfit called Lettuce Entertain You Enterprises (yes) still own and run this Joe's and two others -- one in Chicago and another in Las Vegas. (I think Joe's was actually mentioned in an episode of The Golden Girls once by Blanche.) 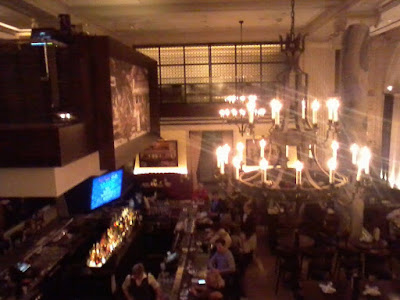 
The place has a great happy hour menu (food and drink) that runs for quite a long time daily. It's definitely a dark liquor kind of place rather than vodka. 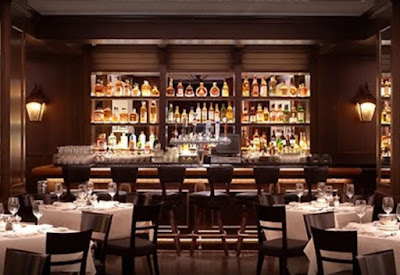 
Upstairs, there are other dining rooms for rent that are named for members of the family including a "Gigi." While taking a photo up there, I got the attention of a young manager, Travis, with whom I had a conversation (although I was already three Manhattans in at that point). 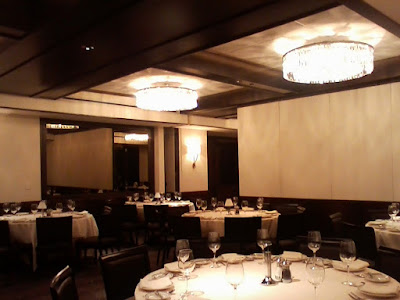 
Andrea and I also had probably one of our best political conversations -- getting into some profound topics about our own perspectives as part of the "liberal elite" living here in the Capital of the Empire at the start of the era of Trump/GOP one-party rule. 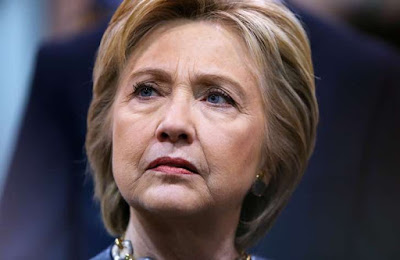 Speaking of things political, there is a growing push for a recount in three states that tipped the Electoral College to Trump -- Pennsylvania, Wisconsin, and Michigan -- with fears of malware in optical scan voting machines or other cyber-attacks (including by the Russian government).
The original story for why this came about is available here. I should note that Nate Cohn of the New York Times quickly debunked the idea to his satisfaction. 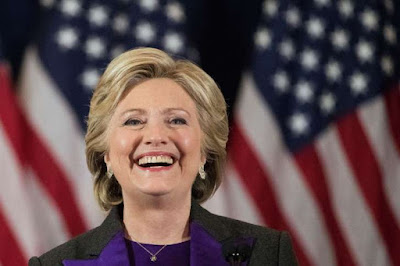 It isn't clear if Hillary will press for that and, honestly, I don't think she should. (Jill Stein is pushing for it, though.) My own feeling is that we have entered this era and it is our destiny (if I can use that term) to go through it no matter what happens or the eventual outcome. Besides, even in the miniscule chance it would change the outcome, it would also probably create an even more toxic and destructive political environment than we already have.
In terms of the popular vote, Hillary is now over 2 million votes ahead -- 64.4 million to 62.3 million -- but that doesn't matter thanks to the absurd construct of the Electoral College, but I'm not going to get into that now. It's no more than a hundred thousand votes in those three states combined that made the difference (see below): 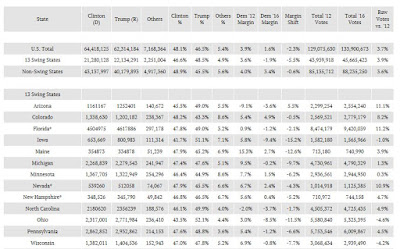 From the Cook Report: U.S. Presidential vote totals nationally and for 13 swing states as of this afternoon (Nov. 24, 2016); Click on image for larger version; Source here.
*******


Anyway, returning to last night, Andrea and I then walked to Baan Thai where Tommy (the owner) was working the back bar. Things got fuzzy at that point, although Andrea actually stopped by my apartment and set up a digital antenna that she bought me about a year and a half ago and when I woke up -- I fell asleep while she did that -- she had left but the TV was on for the first time in my apartment since Nov. 2014.
OK, I think that's all for now. My next planned posting will likely be Friday night.
--Regulus