Storm Warnings: With or Without Actual Nov. 8th Trumpocalypse, a Prelude to the Coming Republican Party War on America's Democracy 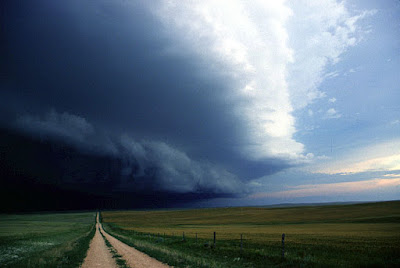 
Note: I'm not even going to bother with pictures for this entry. I managed to get three -- and that's going to be it. I just want to get this entry posted. If you can't read it because there aren't more images, well, that's my problem.
There's far too much to discuss in the insanity of the current political climate now less than 5 days before a seminal presidential election in the United States. What is the most disturbing isn't that Trump could win -- although I must note that he has moved to within striking distance of Hillary nationally and potentially has breached one of her "firewall states" in the form of New Hampshire -- but rather that if Hillary does win, the Republican Party is basically promising a sort of second Civil War -- up to and including actual political violence.
Republicans in Congress will quickly move to impeach her, deny her any legitimacy, refuse to accept any of her appointments including to the U.S. Supreme Court, encourage the ongoing Russian government interference in the U.S. presidential election through cyberattacks and misinformation, and exploit the ugly divisions within the FBI involving what appear to be virulently anti-Hillary rogue agents that are the reason James Comey dropped his bombshell (and wildly inappropriate) letter last Friday.
Oh, and they'll spew the most poisonous invective as Hillary and any Democrats -- whipping up their base into a scary and violence-prone state -- as the basic democratic norms of our country are blown up. 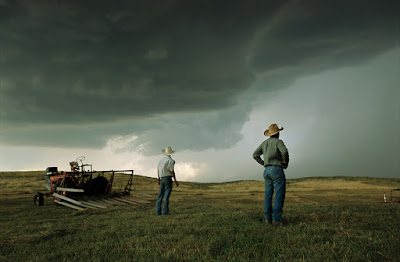 
For an overview of what he correctly calls the "deeply troubling" developments, read this Paul Waldman piece in from the Washington Post's Plum Line blog: Republicans are now vowing Total War. And the consequences could be immense.
Here is an excerpt focusing just on the FBI part:
"Let's take the FBI case as just one example. You have a situation where a group of FBI agents is in direct conflict with prosecutors who believe the agents have a weak case in their attempt to find evidence of corruption that can be used against Clinton. The agents, in an atrocious violation of FBI policy against injecting the Bureau into an election, begin leaking dark innuendo to reporters. That convinces the FBI director that he has no choice but to go public with the fact that the Bureau is looking at some emails that might or might not have something to do with Clinton, though no one has actually read them. That news lands like a bombshell, despite its complete lack of substance.
"And then it turns out that these agents are basing their investigation on a book called 'Clinton Cash' by Peter Schweizer. Schweizer is the president of the Government Accountability Institute, an organization co-founded and chaired by Steve Bannon. Who is the CEO of the Trump campaign."
Should Trump win -- and we would in that scenario have wall-to-wall rightwing radical Republican government at the national level -- then the Senate filibuster will be abolished on day 1 of the new Congress and a firehose of rightwing wish list legislation that dismantles the entire structure of the welfare and regulatory state and unleashes a sort of New Barbarism.
This includes, by the way, throwing millions of people off health insurance and basically stealing trillions of dollars in tax money to take from the poor, working poor, and even middle class to give to the 0.1% overclass. Oh, and needless to say, energy and environmental "policies" -- if you can call them that -- that will literally destroy our planet's ecosystem.
That the aggrieved and angry non-college-educated white working class is so keen for this obscene and vulgar fraudster in the form of Donald J. Trump on the basis that he will "fix" a "broken system" and help them by bringing back some world of 1955 -- well, that's truly beyond folly. They will be used -- to borrow a Karl Marx phrase -- as "bribed tools of reactionary intrigue."
A large swath of the public -- including the "low information" portion of the electorate -- doesn't realize this because of the grotesquery of the for-profit media "news" coverage with the sick fixation on Hillary's email server to the exclusion of literally every policy issue. Matthew Yglesias of Vox.com wrote a good piece on this topic. Here I'm talking about the nightly multi-hour shit-fests on CNN and the garbage from the evening network newscasts. In the case of the Fox News network, it is simply an organ of the Republican Party and one of the central elements of the media-entertainment complex.
The Republican Party has become a cancer on the American body politic -- and is now a clear-and-present danger to our whole system of government -- because of how it was colonized / hijacked by an assortment of weird and dangerous forces from entertaining-bully carnival barkers on talk radio to shadowy billionaire know-nothing ideologues to downwardly mobile whites reacting in a scary entho-nationalist tribal way that has taken for its hero a madman in the form of Donald J. Trump.
The extent to which the "neoliberal world order / Washington Consensus" is implicated in this -- well, that's a very complex (and important) topic. However, that's a topic for another time. Not right now. 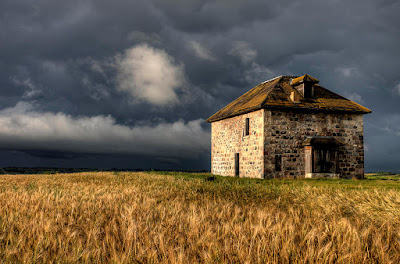 Image by photographer Mark Duffy taken on or about Aug. 22, 2015 somewhere in the Canadian prairie provinces; source here.
*******


As a concluding item, I'd like to note that Jonathan Chait broaches this subject in this extended New York Magazine piece (link embedded): The GOP's Age of Authoritarianism Has Only Just Begun - And it will not end with a Clinton presidency.

I could go on with this but you get the idea.
I'm not even going to try to post any accompanying update in this entry. This one needs to just stand alone. My next entry likely will be on Saturday.
--Regulus