Monday Morning After the Thanksgiving Holiday Brief Update; Finally, a Chance of Rain; Plus Some Random Residential Glen Burnie Pictures 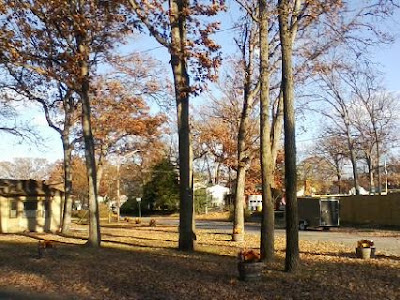 Old residential Glen Burnie around 1st Street and D Street SW, Glen Burnie, Md., 2:45PM November 27, 2016.
Glen Burnie -- a Census-Designated Place in Anne Arundel County consisting of the 21060 and 21061 postal "zip" codes -- has an inner residential part that is actually has a street grid system mimicking that of Washington, D.C., namely four directional quadrants (SW, NW, NE, and NW) and intersecting alpha-numeric streets.
However, the addresses along the main thoroughfares such as Ritchie Highway are actually numbered out from Baltimore.
******* 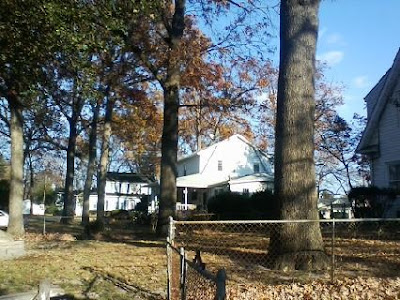 
Monday morning -- back to work after the Thanksgiving holiday weekend that included, as it almost always does, my birthday.
Yesterday, after early afternoon lunch at Hellas restaurant in Millersville with my mom and Ray in which Chester joined us, Chester and I took a walk around part of Glen Burnie. This included old residential Glen Burnie and across the grounds of Glen Burnie High School -- basically unchanged since I left there in June 1988 some 28-1/2 years ago except to include a prison-like iron fence around the inner sanctum of it and to look more suburban inner city ghetto-like than I recall. 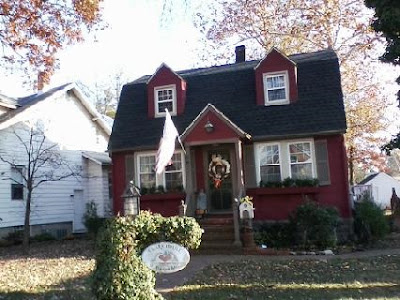 
I'll have more to say on that in a subsequent entry, or rather, at least some pictures to show.
We then stopped at Sunset Restaurant -- at the bar -- for a drink, my second day in a row there after not having gone there since, I believe, fall 1984 (or at least at some point between 1983 and 1985). Chester then dropped me off at the BWI Rail Station and I took the final MARC train back to D.C.
Once back in the city, I took the Metro to Farragut West and then walked to Trade and then, after a couple drinks, to Exiles, where I met my neighbor, Fred, and we had another drink and some dinner before I returned home.
Tonight after work is a gym night. My intention is to post a blog entry thereafter. 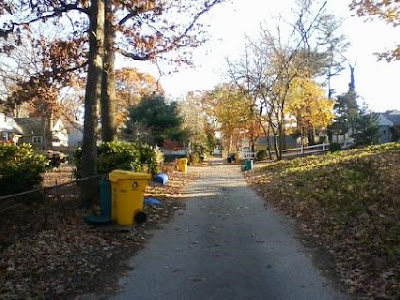 An alley in residential old Glen Burnie, Md., 2:46PM November 27, 2016.
In another similarity to Washington, D.C., old residential Glen Burnie has a series of alleys between the main (side) streets geared toward garbage trucks and other service vehicles. The alleys are numbered 2XX in this part of the town. I think this is Alley 214, but I might be wrong.
*******


Weather-wise, there is FINALLY the chance of some meaningful rainfall this week with two distinct chances. The Baltimore/Washington area is in a drought as is a large swath of the eastern U.S. Rainfall has been a whopping 80 percent below normal since Oct. 1st and about 62 percent below normal since September 1st (the start of climatological fall). 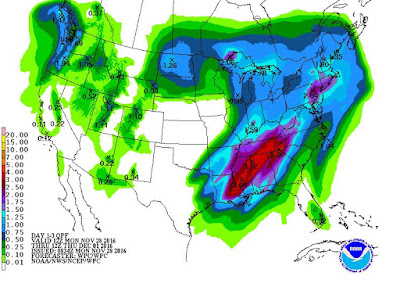 
I'll post more details on this as well in a subsequent entry.
OK, that's all for now. Time to start my day. 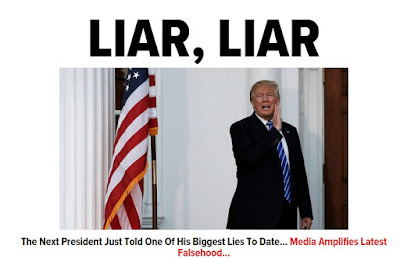 Huffington Post headline this morning -- this one concerning Trump's bizarre tweets that Hillary's 2-1/2 million (and growing) popular vote lead was actually due to massive voter fraud (a long-running Republican shibboleth). This was triggered, in turn, by (futile) efforts (being led by Jill Stein, of all people) to have a recount in Wisconsin and other states she lost by razor-thin margins that gave the Electoral College to this megalomaniacal kleptocratic madman.
*******


Oh, and as I mentioned recently, as we actually reach the actual start of GOP Trumpocalypse, I'm necessarily -- for my own mental well-being -- tuning out except for the really major things (which, admittedly, could be many things). As such, my intention is to significantly reduce the number and extent of political-themed entries in the months (and years) ahead.
--Regulus
Posted by Regulus at 9:44 AM