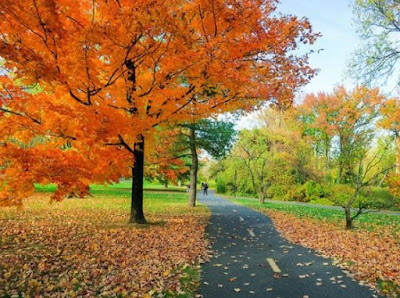 
Oh, God, another here in my Washington, D.C., life of the mid '10s decade of the 21st Century.
At this point, the only reason I stay here is because of my job that, thankfully, gives me a lot of flexibility.
Except for the need to go to that scuzzy Safeway* located there, I am completely finished with 17th Street. I'm so fucking done with the entire awful strip between P and T Streets. I can't even look at it anymore. I despise the D.C. gay community in the aggregate. It's literally anti-life. The entire D.C. "scene" was a 24-year long mistake for me from the beginning. I don't regret ending as many failed and unhealthy friendships as I did -- even if it often happened in highly volatile ways.
*Guess I could go to that Harris Teeter, but I hate the walk on that part of 16th Street.
I know, I know -- there is a lot of other, far healthier things I could be doing. And I'm not so stupid that I don't realize I am mentally unbalanced and can't quite slay the demon inside of me.
As for Dito's Bar, I'm sick of being belittled, ridiculed, and talked down to -- and paying a high financial and psychological price for it.
I get treated with zero respect and nothing but contempt in this shitty little community and I have to live my life in a better way. It's the only goddamn one I'm going to have -- even in this dark and chaotic Age of Trump and GOP authoritarian one-party rule.
I'm eager to follow through with my plan to move to Bethesda or thereabouts with Quill in 2017.
Tonight should be a gym night but I need to move it to tomorrow night owing to an after-work event that I would like to attend.
OK, that's all.
--Regulus