Now for something Saturday night upbeat (and old school) ...
"I Don't Wanna Go on with You Like That" by Elton John from his album Reg Strikes Back (1988)
My favorite lines:


For the concluding song for this week's Jukebox Saturday Night edition, given that a presidential election that will literally decide whether the United States of America survives in its present form or not is just 3 days away -- and given that even if the right outcome happens and Hillary Clinton wins decisively, the country is still in a dangerous place in the coming years -- I can't think of a better piece than the following on which to end ...
"O Fortuna" in the opening movement "Fortuna Imperatrix Mundi" ("Fortune, Empress of the World") of the cantata "Carmina Burana" by Carl Orff as performed by the Johann Strauss Orchestra and conducted by André Rieu.
I'm unsure of the date of this -- sometime in the past 5 to 7 years .
According to the Keeper of All Knowledge, the medieval Latin lyrics are as follows (that link also includes a translation): 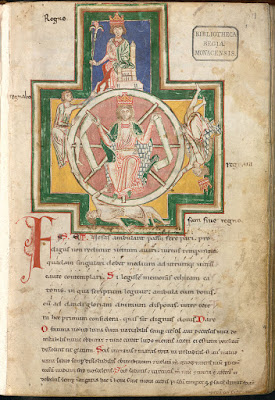 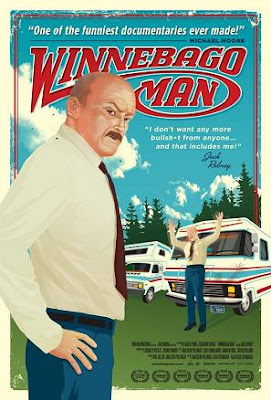 Briefly, the video below features a series of blooper-like outtakes of a commercial a Winnebago salesman named Jack Rebney made over a two-week period back in the summer of 1988. For the back story on Winnebago Man, I refer you to the Wikipedia article and also to the website for the 2009 documentary.


So without further ado ...

Caution: It is almost nonstop profanity -- but quite hilarious in the curious ways he says it and because it's never really directed at anyone -- just the Universe that seems to be fucking with him.
The part where he gets upset at all the flies buzzing around is, to me, the funniest, along with the very ending ("does anybody believe this shit??").
Now that I'm thinking about it, in this weird way, it's an oddly appropriate counterpoint to the "O Fortuna" lyrics in the Carmina Burana cantata featured above.
*******


OK, that's all for now. I just don't have time tonight to post a Saturday Evening Post edition with update as I need to meet Kevin over in Penn Quarter and Uber to Andrea's delayed Halloween party over in East Michigan Park. (I'm not quite sure how I'm getting home since I don't have a smartphone and cannot Uber -- and the Metrorail no longer has late weekend hours.) As I mentioned before, I'm not dressing up in a costume. 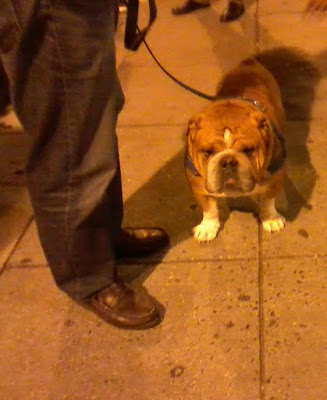 
I went to the gym today and I'm quite fatigued and sore, but that's a good thing. I continue to do my treadmill jog but I've added a fair amount of weightlifting of late and (I think) it's noticeable. Anyway, I'll try to update the blog tomorrow but, if not, certainly on Monday ahead of the election ... 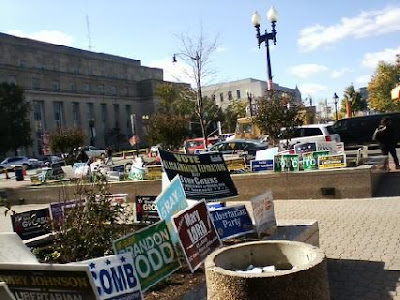 Local campaign signs for a mélange of local D.C. election candidates outside Judiciary Square during early voting, Washington, D.C., 12:32PM Nov. 4, 2016.
There was a steady line of about 300 people but it moved quickly. The one sign -- for At-Large D.C. Council candidate John C. Cheeks -- declares "VOTE Black American Reparations." The sign background is even black.
*******


Oh, yes, I voted on Friday in the last day of early voting over at Judiciary Square during lunch time. In looking at the DC Board of Elections website, it looks like approximately 100,000 people voted early here in the District including 25,000+ at the Judiciary Square location. That's a sizable fraction of the eligible electorate.
--Regulus
Posted by Regulus at 9:16 PM