Wednesday Morning of a Busy Week: Slogging Through This Overheated October -OR- Prelude to the Madman and the Madame, Round 3 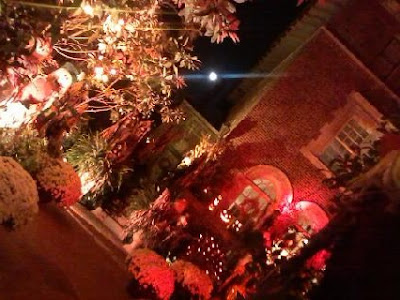 Halloween decorations -- and a fortuitously-placed waning gibbous Moon rising in the east above -- the yard of the rectory of the Church of the Holy City - Swedborgian Church, Washington, D.C., 10:44PM October 18, 2016.
This is a weird church -- one of those urban ones so liberal that your brains fall out and no one attends -- but it always has nice seasonal decorations in the rectory yard.
*******


Apologies for lack of posting last night.
I stayed late at work -- nearly 730PM -- and then, despite myself and my best plans, went to Trade and No. 9 before arriving home by nearly 11PM. I went online for a little while and started an entry but couldn't finish it. Besides, it was half incoherent anyway.
For today, I am basically going to do the same thing including stay late at work and then maybe go to The Bottom Line around 8PM and perhaps stop at Dito's Bar to watch the third -- and, mercifully, last -- of the presidential "debates" -- yes, I use quotes around them since Donald Trump's campaign.
Why? 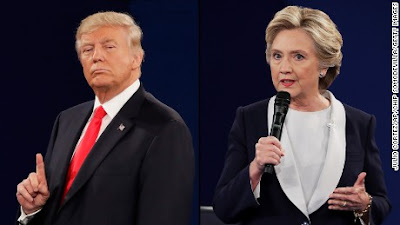 Because it is such an abnormal race that it is an insult even for the Madame (HRC) to have to run against that madman with the American "political ecosystem" (David Roberts's term) -- including the media -- desperately trying to pretend this is any way normal. 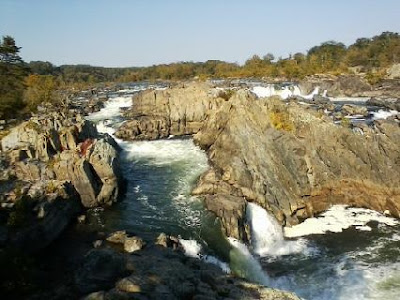 Potomac River upriver view at Great Falls from the Virginia side, 2:57PM October 16, 2016.
I posted the downriver view my previous entry. I considered making this my lead image, but I concluded it would be too confusing given the one in my previous posting.
*******


I need to stay late at work -- I'm again onsite at DOE HQ -- because I am trying my best to slog through a major assignment that I need to have done by COB tomorrow and it is taking forever in agonizing fashion. I also have to cover for a colleague on another task today and go to a 3PM meeting at OWIP.
Tomorrow night, I should be able to get to the gym.
Anyway, it is unlikely that I'll post an entry tonight unless something dramatic happens. Most likely, as soon as I get home, I'll need to go right to bed. My next posting quite possibly won't be until late Thursday (or just after midnight Friday). 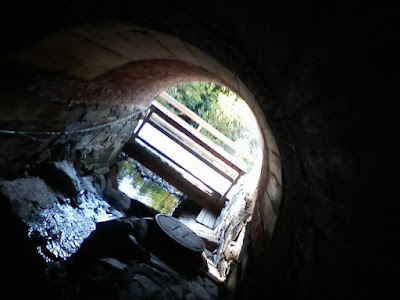 
The weather continues to suck -- borderline hot (82F-ish) for mid-October and no goddamn rain, although there is a slight chance Thursday into Friday (that will certainly crap out). The weekend promises to be much cooler -- only around 60F for highs. (As for that Shenandoah camping trip with A & Co., there is no way I can do that.)
OK, that's all for now.