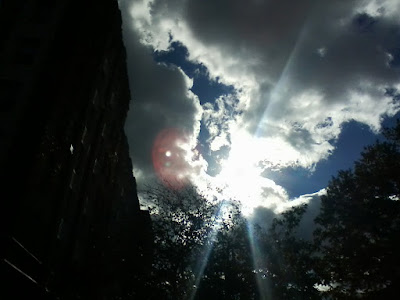 
I'm having difficulty tonight putting together a jukebox Saturday edition simply because I can't think of any songs I would like to post. In addition, I'm very tired -- fatigued even, at least in part because I had a full, multi-part gym workout earlier today.
True, I went out last night after staying late at work, but that wasn't anything unusual, and I slept for a good 10 to 11 hours -- although not continuously and it was agitated dream-roiled toward the end. 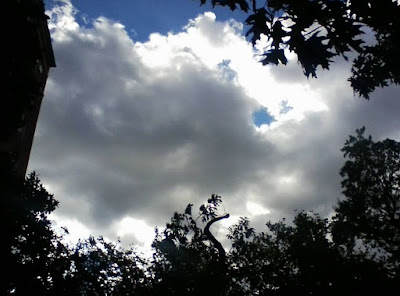 
The weather was MUCH cooler, windy, and partly cloudy today with highs of 61F at KDCA, 59F at KBWI, and 58F at KIAD. Yes, that 84F / 68F dew point shit finally ended. Wind were from the west and occasionally northwest 25 to 30MPH with gusts to near 40MPH.
There was some -- very needed -- rainfall yesterday with the cold frontal passage but it was meager: 0.26" at KDCA, 0.11" at KBWI, and 0.14" at KIAD, so we're still trending into a region-wide drought with monthly and seasonal totals well below normal.
It doesn't appear as though there will be any rainfall until at least next Thursday / Friday.
Tonight is a breezy, blustery night with temperatures dropping toward 45F here in the District, upper 30s F in the suburbs. 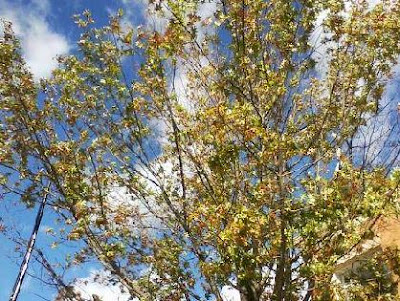 
I had intended to post a longer entry tonight, but that's not going to happen.
Looking ahead, I haven't finished a particularly vexing work assignment that I need to have done Monday morning -- although the details surrounding it are such that even if I don't finish it, odds are no one will notice since the product (summary of the oral presentations made at a seminar five months ago) is likely never going to be used.
Regardless, I need to spend a few hours on it tomorrow (likely, tomorrow evening) and so I can't post an entry. As a result, my next planned posting will be late Monday or just after midnight Tuesday. 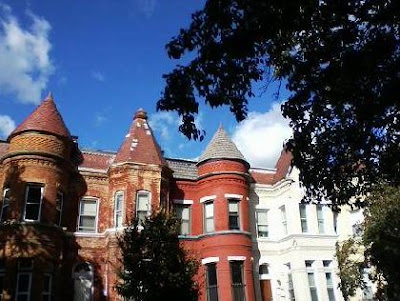 
For tonight, I'm meeting Kevin at Old Ebbitt Grill although I plan to stop at Dito's Bar first -- if only to watch the opening of Saturday Night Live and what is sure to be another Kate McKinnon / Alec Baldwin parody of Hillary Clinton and Donald Trump -- this time satirizing the 3rd presidential debate, which for its part hardly needing satirizing in terms of Trump's outbursts and frequent incoherencies. 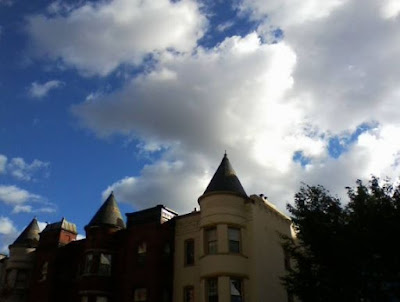 Row houses in the 1300 block of W Street NW -- across the street from the YMCA Anthony Bowen -- Washington, D.C., 3:25PM October 22, 2016.
My former coworker and acquaintance, Natan, once lived in that corner row house (basement apartment) but he and his fiancé now live in Denver.
*******


For tomorrow during the day, I'll just take a walk -- maybe taking the Metro to Bethesda or Old Town -- and get lunch somewhere. Again, assuming I get up and out of the apartment before, like, 3PM.
Alright, that is all for now. A mediocre Jukebox Saturday Night Entry to follow shortly.
--Regulus