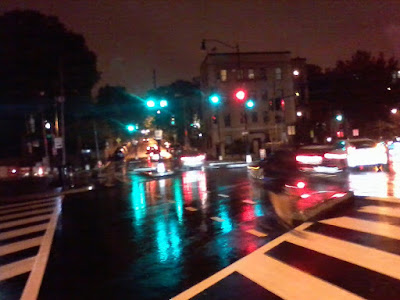 
Apologies for lack of posts since Thursday evening.
There is a lot I want to write about including, of course, the presidential campaign and the odds of averting the Trumpocalypse and, more immediately, the prospects of Hurricane Matthew affecting the U.S. East Coast - including the D.C. area -- next weekend. 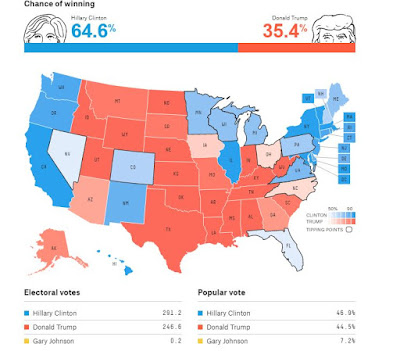 
I really can't go into either of those topics now since this is truly just a brief update, but for the former, I will note that Hillary's polls have improved since that bizarre debate and Trump's subsequent wholly irrational behavior involving the former Miss Universe -- including middle-of-the-night "tweetstorms" trashing her (Alicia Machado) and his "check it out" admonition of her purported sex tape. 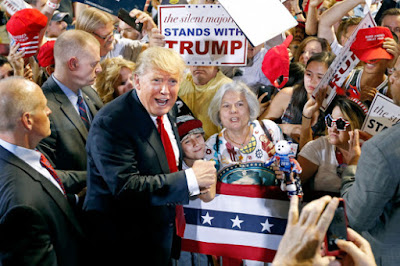 This is the Republican presidential nominee, a man (if I can channel Jonathan Chait), an imbecilic lunatic and pathological liar with no belief system other than that of domination, and hence, as David Roberts of Vox.com so wonderfully explained, it is pointless trying to figure out what he "really" believes -- and he is polling in the low 40s and has decent odds of actually winning (between 33 and 50 percent).


As for the latter, I will note that the last four operational GFS runs bring Hurricane Matthew close enough to the mid-Atlantic coast to bring rain and wind into D.C. -- but a week from now. 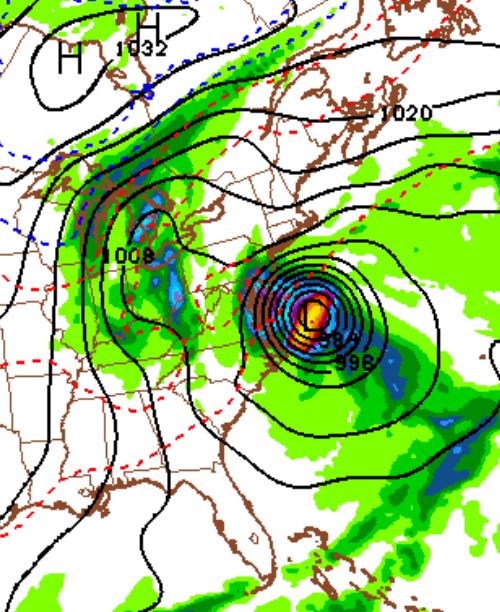 
This track of hugging the coastline is due to a blocking ridge to the northeast over the Maritime provinces and into the Atlantic Ocean. The Euro, by contrast, has repeatedly taken the storm out to sea, although on its 12Z run, it brought it as close as it has -- with a New England strike. Also, the forward motion of the storm has slowed -- delaying its potential encounter for the mid-Atlantic into at least next Sunday.
At this point, though, Matthew -- which briefly reached Category 5 status yesterday, becoming the first such tropical cyclone in the Atlantic basin to do it since Felix in 2007 -- is now stationary about a hundred miles north of the Venezuelan coast.


As it is, I've been a bit under the weather since last Wednesday night's excesses, and in the meantime, by the time I got home from the gym late Thursday, all I wanted to do was sleep. As for yesterday (Friday), after work, as arranged, I met DD and Matt at Pret A Manger by Farragut North and we walked over to in the Loews Madison hotel on 15th Street to go to the PostScript hotel bar.
I had wanted to get them to meet, one a former co-worker and the other a current co-worker and both two friends of mine who are similar in a number of ways. I chose PostScript because I figured it wouldn't be mobbed as are most places on Friday nights and the place has a nice little happy hour. 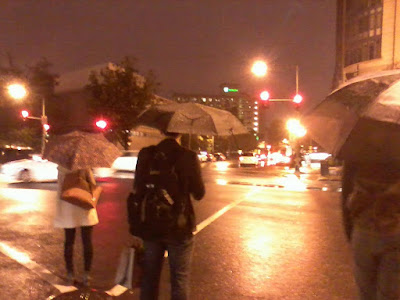 
Thereafter, we ended up getting a nice dinner at an unlikely place -- the grotto bar at Floriana. The place didn't get too mobbed and we were able to sit at one of the little tables even if condensate from the overhead air conditioner kept dripping down. I then walked with them to the Dupont Metro and saw them off -- DD lives in Rockville and Matt in Gaithersburg, so they had to ride the Metro Red Line together for most of the way. 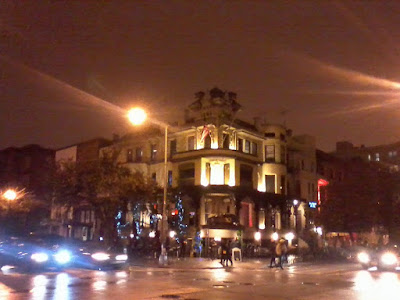 
Thereafter, I went to Annie's as Fred was still there, and we had a fun time at the downstairs bar. The two of us and a guy named Dan that we met ended up going back across the street to Floriana, where I had another drink or two before walking home with Fred around 1230AM (he and I live in neighboring buildings).
I had a lengthy, turbulent, frequently interrupted dream-filled sleep and didn't finally get up until about 140PM.
I made it to the gym by 315PM and had my usual multi-part workout ending with a short swim, although I just couldn't do the damn core stuff. Once I got home, I did several loads of laundry and made dinner (in lieu of my usual Saturday night trek to Old Ebbitt Grill Old Bar). 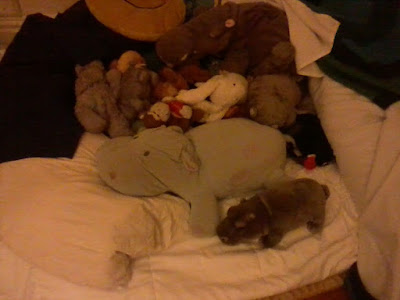 
The weather tonight is murky, misty, and foggy with temps. around 65F and dew points just about the same. There was some light rain earlier today as the recent wet spell -- a very beneficial one and not the 4 to 8 inch flooding rains initially advertised -- winds down.
Again, Hurricane Matthew is going to be a potentially big story next week into the following one (i.e., next Thursday through Tuesday time frame). 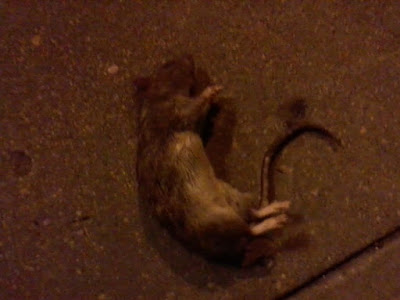 
OK, that's all for now. I'm not really sure what to do tonight. Andrea & Co. are at Drafting Table on 14th Street -- or at least that was the plan earlier -- for a delayed celebration of Imara's birthday. I may go there and then to Trade and No. 9.
For tomorrow, I really don't have any plans -- Sunday is my one free day. I may have a Virginia (Arlington) option but that's unclear at this point.
I may post an update tomorrow night or Monday after the gym. I'm onsite at DOE all next week -- and likely will be there for the next 1 to 2 months until a certain situation is resolved.
This weekend's Jukebox Saturday Night edition to follow momentarily ...
--Regulus
Posted by Regulus at 11:43 PM