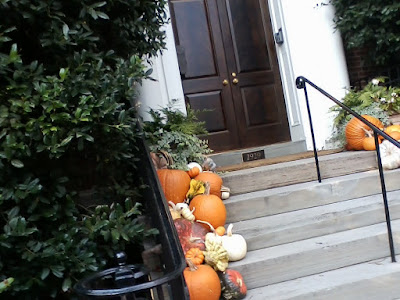 
I'm just posting this entry in order to replace the previous one as the lead and have a lead image that is topical to the day, which is, after all, Halloween. 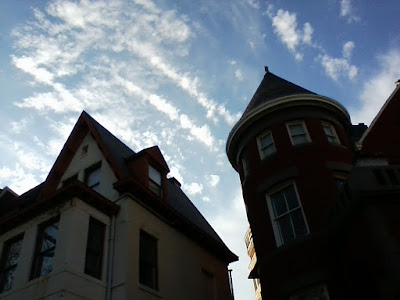 
I'm so flippin' annoyed with everything. Just 8 days more days until the goddamn election and whatever happens, happens. As much as I want the Madame to defeat the Madman, there would be something liberating about a Trump victory -- freed up from the grinding multi-year political trench warfare that will certainly characterize a Hillary Clinton administration, nothing to care about any longer, no stake in the outcome of anything, and just, in general, free to watch -- experience -- the exhilarating, horrifying runaway bobsled to hell that would be America under Donald Trump and wall-to-wall radical rightwing Republican rule. 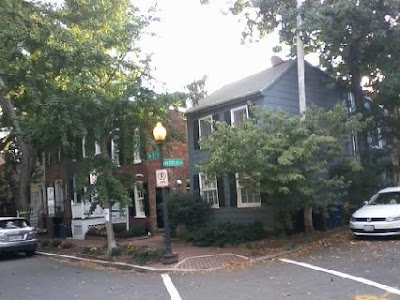 The little house at the oblique-angled intersection of 27th and Poplar Streets NW, Washington, D.C., 4:53PM October30, 2016.
This is Georgetown.


I actually had a pleasant enough Sunday, although I didn't leave the apartment until damn near 4PM. I went to Clyde's in Georgetown, where I had a nice dinner at the bar and chatted with a lady named Sheila about the election (we were totally on the same page). (I also had a series of text messages with Chris in Atlanta. Alas, with the trip to Florida off, I won't be seeing him at Thanksgiving). 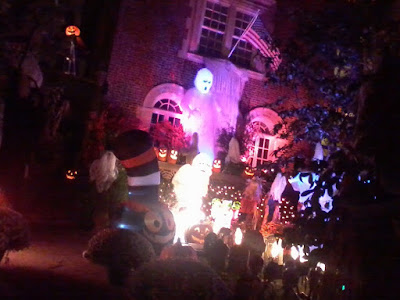 Halloween decorations in the rectory yard of the Church of the Holy City -- National Swedenborgian Church, Washington, D.C., 10:36PM October 30, 2016.
Yes, I've featured pictures of this rectory yard's decorations in previous entries. And, yes, all are welcome there, which means nobody attends.
*******


Thereafter, I walked to Trade, where I had a couple good conversations, then to Stoney's, where Howie was working and I had another nice conversation with a young lady, before a final stop in at No. 9.
Yes, that's a lot of frickin' drinking and spending money. I got home by ten of 11PM and went to bed. 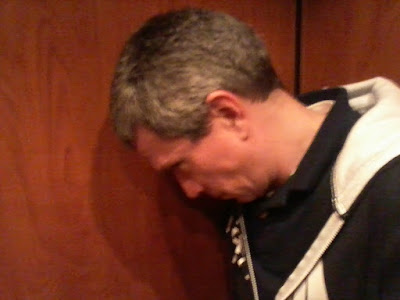 
Tonight is a gym night. I intend to post an entry thereafter but I am behind on two work tasks and there is a chance I might have to work at home until the wee hours to finish the second one (I should get the first one done today), in which case a new entry will be delayed.
Not that anyone would notice.
--Regulus
Posted by Regulus at 8:06 AM