In Today's Trumpocalypse Watch: The "Genius" $900 Million Artful Tax Dodger -OR- How to Avoid Taxes for 20 Years, the Donald Trump Way 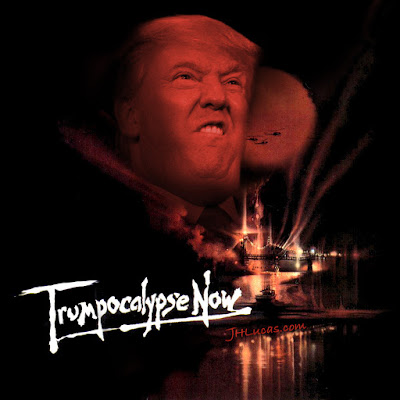 Sunday night.
I'm home and just about ready for bed -- and to start another week, the kickoff workweek of October, the final full calendar month before the frickin' election finally happens (Nov. 8th).
About that election, depending upon the outcome, we either have a sane, competent, center-left president in the form of Hillary Clinton, America's first female Commander-in-Chief, but with accompanying political trench warfare with an insane GOP opposition that is basically run by Rush Limbaugh, AM hate radio, and Fox News, OR a lunatic, imbecilic sociopath in the form of Donald Trump -- and catastrophe.
The fact that Trump is polling between 40 and 45 percent and apparently has a one-third to fifty-fifty chance of winning (in the most favorable outcomes for him, less in the others) says something is profoundly wrong with our country. 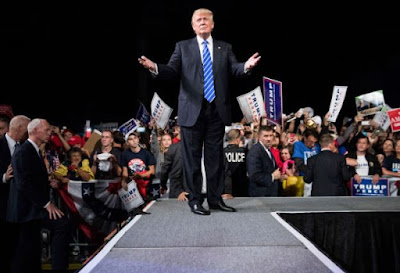 More polls will come out this week but it appears that Hillary is only about 3 points, on average, ahead of Trump with just a plurality of votes -- roughly 46 to 43 or thereabouts.
The New York Times' conservative but smart and sensible columnist Ross Douthat had a good piece about the conservative intellectuals (and pseudo-intellectuals -- Larry Kudlow, anybody??) that have lined up for Trump and why that's a disaster (link embedded): Trump and the Intellectuals.
Closing excerpt:

"What Trump believes, what he intends to do in office — those questions are ultimately secondary to the problem of the man himself, and the near-certainty that he will fail, and in failing, betray anyone who has lent him their support." 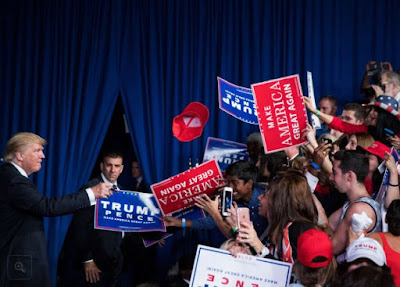 The big weekend political news story bombshell is actually from the New York Times: The Gray Lady herself managed to get hold of Trump's 1995 federal tax returns -- not sure how, but he is predictably freaking out about it on Twitter and in bizarre speeches -- and it showed a staggering $916 million loss for that year due to one or more of his casino empires collapsing. Based on that finding -- and nothing more -- the Times concludes that Trump may have paid no income tax for the past 20 years.
Remember, Trump is refusing to release his returns and telling the media to go fuck itself -- with no real political consequences.
Trump's surrogates -- a sad and dangerous lot if ever there was including Rudy Giuliani, a once-larger-than-life political figure now turned into a bizarre, ghoulish old man screaming ever-stranger things, and Chris "Fatso" Christie, a Sopranos-like parody of character who isn't that far from being indicted and going to prison, plus assorted CNN-featured fembots -- are actually touting this as evidence of his genius.
Truly, this is a screwed up time. 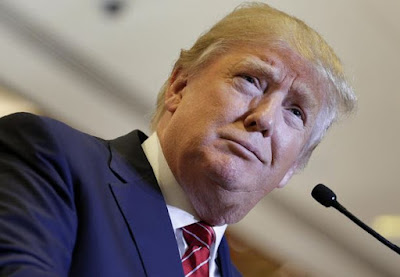 Let me just add that Donald Trump's approach to tax avoidance is exactly that of the GASY the Chipmungorilla: Scam the system for all its worth by whatever means available (though, granted there is three orders of magnitude difference in the amounts). Wall-P, by contrast, wouldn't dare "declare a loss" -- he'd rather die than ever have it said his net worth wasn't steadily rising, even if this means paying more taxes.
Anyway, two "debates" -- and, yes, you should use air quotes -- are coming up in the next week including a Vice Presidential and the second Presidential one in which Trump is expected to detour into Bill's sex life. As with the first one, I probably won't watch it in real time.
OK, enough of that. There will be many more opportunities to discuss all of this.
Actually, you know what? I'm going to end this political-themed entry right here and post a subsequent update and weather-related entry before I go to bed. 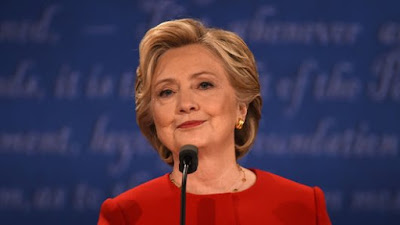 The Madame waits patiently for all this insanity to be over so she can get on with the business of governing America.
*******