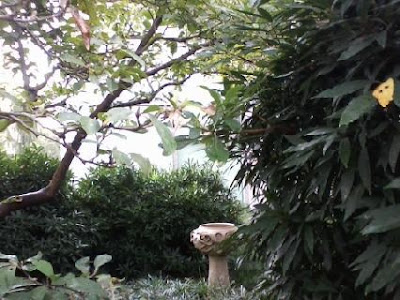 
This is just a quick entry before I head to the gym. I plan to post a more complete entry tonight, although once again, I am time-constrained because I have to be at DOE HQ tomorrow by no later than 930AM.
Well, it ended up being not-so-quick. 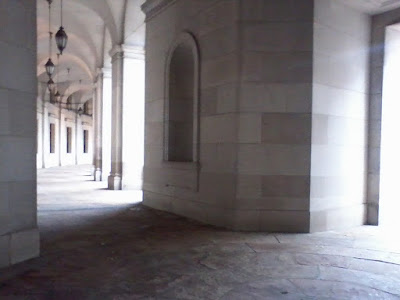 
Today, I was in my regular office. In addition, owing to some excesses last night in going out with Kevin, I took off the morning. He and I went to Olive and Fig at City Center and then took a cab to 17th Street to Floriana. Things got fuzzy about half-way through the raucous showing of Mommie Dearest.
Sigh.


The weather is simply perfect today: Gray-gloomy with light showery rain, an easterly breeze occasionally gusting to 20+ MPH, and temperatures around 70F.
I truly love it.


A cut-off upper level low continues to loll about, advecting lots of Atlantic moisture, although the axis of heaviest rainfall is now over the Delmarva. Last night, it was over central and eastern Virginia, where up to 8 inches of rain fell. 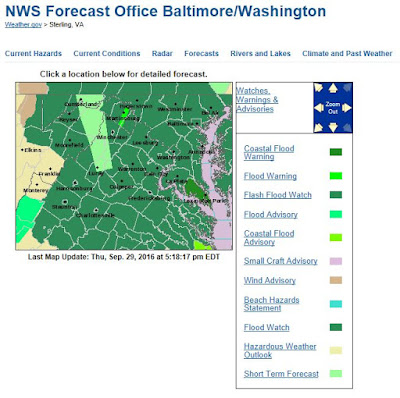 
The dire forecasts of 4 to 8 to 10 inches of rain have, so far, failed to materialize. (Major weather events often bust around the D.C. area.) Instead, rainfall totals have been in the very beneficial 1 to 2 inch range. However, the flash flood watch is still in effect for the entire Baltimore/Washington region.
It's name is Matthew ... 12Z 9/29/2016 operational GFS showing MSLP, 850mb temperatures, and 6-hr precipitation at hour 183, valid 3Z October 7, 2016.
This is late night next Thursday on the U.S. East Coast. Now this is just one model run, but the GFS has been showing run-to-run consistency with this feature -- although in some runs, Matthew remains offshore by a couple hundred miles. Other runs -- such as this one and yesterday's 6Z run -- have shown a direct strike on the mid-Atlantic.
*******


The big weather story for next week, I think, is going to be Hurricane Matthew. Right now, the storm is way down in the Caribbean Sea and is a minimal -- category 1 -- hurricane, but it is forecasted to intensify and move toward the U.S. East Coast, potentially making landfall somewhere along the Southeast or mid-Atlantic coastline later next week. That will be determined by the extent to which there is a blocking high over Nova Scotia.
If the runs continue to look anything like this by the weekend, expect the Media Panic Button to be hit. 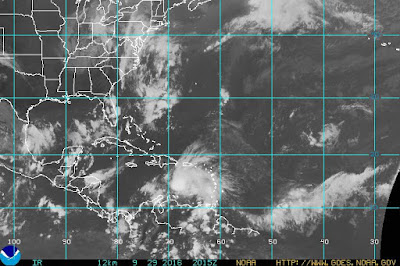 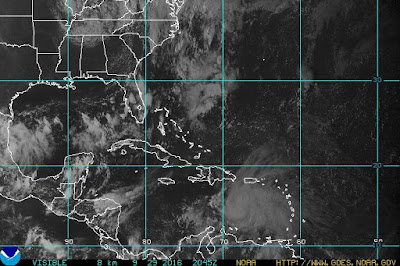 Atlantic tropical sector visible satellite image, 2045Z September 29, 2016.
You can see nightfall approaching from the east as this side of the planet rotates into darkness.
*******


UPDATED 8:44AM 9/30/2016: The last three GFS model runs all show Matthew curving sharply out to sea after brushing the Outer Banks next Thursday - Friday. This is in response to a lack of a blocking high over the Canadian Maritime provinces. This is the more realistic / common solution. So this may just have been a false alarm. At this rate, the storm might just be a total non-factor.
End of Update.


Speaking of Matthew and storms, I'll also have to post an entry about Hurricane M. WADE Tipamillyun. That's a different kind of cyclone, though. It's not really tropical (barotropic) or extratropical (baroclinic) but really more farcical and egotistical.
Actually, I was hoping we could get up to the "R" storm this year in the Atlantic basin because it is Richard (my non-blogger name). Yes, Matthew and Richard occur in the same year -- repeating every 7th year. However, if Matthew is anything like some of the operational GFS runs have been showing -- and on that track -- the name would likely be retired. 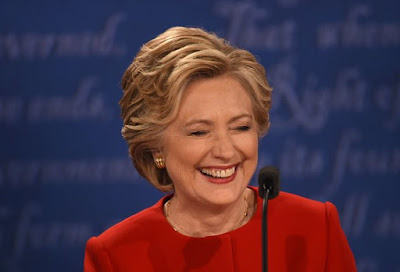 OK, that's all for now. Oh, yes, Hillary has been doing better in the polls since her masterful debate performance -- juxtaposed with Donald Trump's side-by-side performance that, in a sane world, would disqualify him from any serious consideration (except we don't live in rational world).
Her FiveThirtyEight winning odds are back in the 60 to 65 percent range. 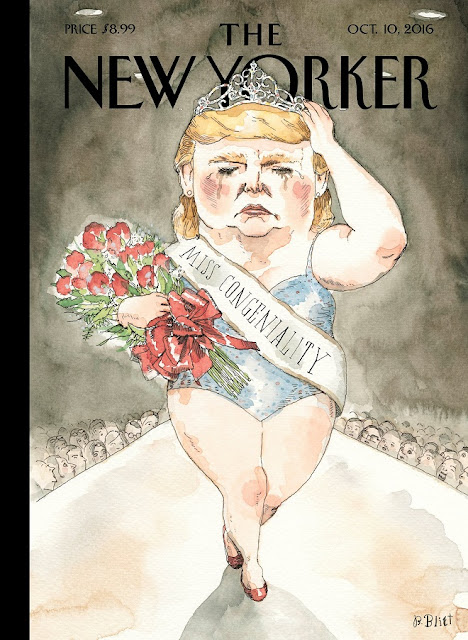 Not only did he walk right into that Miss Universe trap, he can't stop trash-talking the woman (Alicia Machado), and thus he is irrationally and self-destructively picking another fight he just can't win and that undermines his chances.
Of course, that's a good thing if we want to avoid the Trumpocalypse. 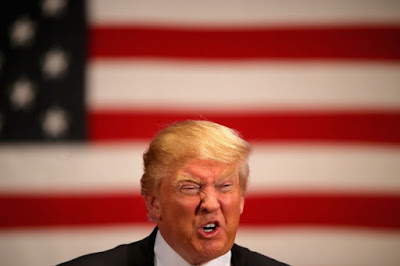 But we're still about 40 days away from the election and much has yet to happen -- and given the nature of our culture and political climate, that is a worryingly long time.
OK, that's all for now. I plan to post an entry later tonight, although this one ended up with a lot more content than I planned.
--Regulus
Posted by Regulus at 6:39 PM