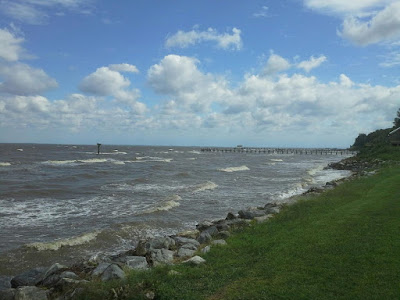 Downs Park, Pasadena, Md., along the Chesapeake Bay on a turbulent day as Tropical Storm Hermine passes to the south and east of the region, September 3, 2016.
My mom took this picture and the one directly below.
*******


As a brief follow-on update to the WEATHER TERROR THAT WAS SUPPOSED TO BE HURRICANE HERMINE -- now a "post-tropical cyclone" (rather than a "tropical storm") centered (as of 8PM) 205 miles east of Norfolk, Va., with top sustained winds of 70MPH and a central pressure of 998mb (29.47" Hg), and still moving ENE at 12MPH away from the coastline -- it was all bullshit and nothing in our area. 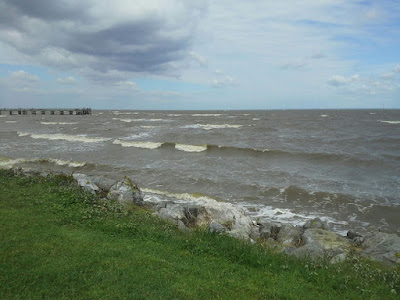 Another view of the roiled Chesapeake Bay as see from Downs Park, Pasadena, Md., as a result of the near-miss of Tropical Storm Hermine, September 3, 2016.
*******


Yes, there was some flooding and structural damage and power outages in the Florida panhandle and along the path of the storm, and it is true that there are two known fatalities with the storm, and the surf is very turbulent along the Outer Banks, Delmarva, and Jersey shore so that you wouldn't want to go swimming right now.


However, for our area and much of the mid-Atlantic, it was all a lot of hype and bullshit -- fed by that awesome and uniquely American mixture of a for-profit media/entertainment complex and a weird Puritanism that creates these "perfect (media) storms" of vendible hysteria. 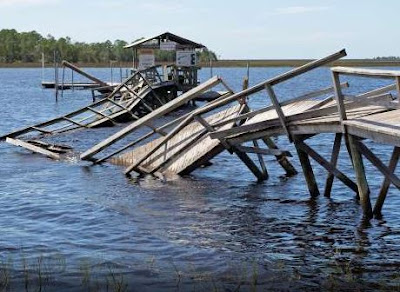 Damaged dock in the aftermath of Hurricane Hermine, Steinhatchee, Fla., Sept. 2, 2016; Photo by Gregg Pachkowski.
This picture and the other ones below are taken from the slide deck accompanying this AP article.
*******


The National Hurricane Center still has an assortment of warnings in place and the usual message of danger, in this case tailored as follows:
There is a danger of life-threatening inundation through tonight in the Hampton Roads area, and in the next 36 hours from Chincoteague, Virginia, to Sandy Hook, New Jersey. 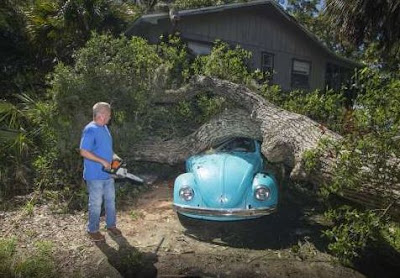 
The storm is still supposed to slow down markedly and curve to the north and, for maybe like 4 seconds, to the northwest, before resuming its trek out to sea as an extratropical cyclone.
The CWG keeps hyping this non-event -- as is, in far more egregious and egregiously vendible fashion, the Weather Channel -- but it's all nonsense. 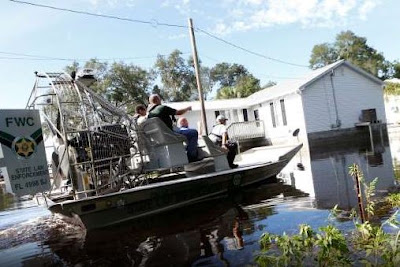 A law enforcement airboat patrols the flooded streets of St. Marks, Fla., the location of Hurricane Hermine's landfall, Sept. 2, 2016; Photo by Brian Blanco.
Must be mosquito city there.
*******


The weather is going to be partly cloudy, dry, and too damn warm for the next week. Let's be clear: We don't get "weather" in Washington.
At this point, I think the "ALL CLEAR TO SHOP AND CONSUME" message can be promulgated and we can return to praising our Vendible Jesus as normal American life resumes. 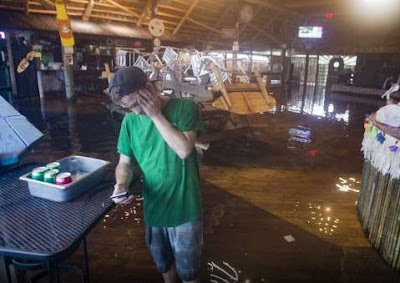 
So last night, I met Fred at Annie's and then we went to Floriana grotto bar, where we met Aydin (another fellow who goes to my gym). We had a fun time, although I was kind of imbibed by the time we left and they walked me home by 1030PM-ish.
I slept for about 12 of the next 14 hours -- and had all manner of strange dreams that I actually recall in detail, a whole story line of an indeterminate place and time that appears to be the usual mish-mash of the Jersey shore; Washington, D.C.; College Park; and a touch of Glen Burnie and set in the future or another reality.
Today, I went to the gym today and had an all-around OK multi-part, multi-purpose workout ending with a brief swim in the pool.
For tonight, as soon as I finish my laundry and post my jukebox Saturday night entry after this entry, I am going with my building neighbor Andrew to Old Ebbitt Grill. For tomorrow, I'm going to Quill's parents' house in Silver Spring for dinner.
I have Monday off, and I plan to take a walk or something like that. I might not update the blog again for a few days.
Jukebox Saturday night entry to follow shortly ...
--Regulus
Posted by Regulus at 10:11 PM