Let's start out with something old school and nice ...
"Sad Eyes" by Robert John from his self-titled album (1979)
I remember this song very well. In fact, it was quite popular in the summer of '79 when I was visiting my mom in Belgium (as Ray was stationed at SHAPE). The Americans listened to the Armed Forces Radio Network* -- the local SHAPE edition of it -- and top 40 and top 100 songs were played all the time. I remember Wolfman Jack's show being aired nightly.

*I think it is actually called the American Forces Network, the brand name of the United States Armed Forces Radio and Television Service.

However, I'm unsure if it was called that back then. I just (think I) remember the name "Armed Forces Radio Network" being used.

Keep in mind I was 9 years old.


This particular video is a bit strange -- it mostly features Robert John singing in that falsetto of his but the timing is a bit off, indicating the music was dubbed in over it. That is, his lips don't quite match the lyrics being sung but that's because of how this video was made.
As for Robert John, he appears to have sunk into some obscurity but is still alive.
*******


Next up, the popular theme song from a long-ago TV comedy/drama show that I've always really liked ...
"Believe It or Not - Theme Song to 'The Greatest American Hero'" by Joey Scarbury and appearing on his America's Greatest Hero album (1981)
The music was written by Mike Post -- who wrote many popular TV show theme songs -- and lyrics by Stephen Geyer.
*******


Lastly, here is song I've always really loved -- and one that I featured long before my Jukebox Saturday Night series and its predecessor Friday Night Musical Interlude ones, specifically, back in May 2009 shortly after the unexpected death of my New Jersey blogger buddy Bryan Haberstick.
"Viva la Vida" by Coldplay from the group's album Viva la Vida or Death and All His Friends (2008) 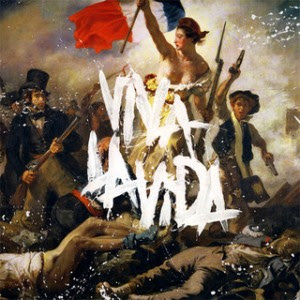 Left: Album cover for Viva la Vida or Death and All His Friends.

Listening to this song makes me tear up. It really is am amazing song in some many ways including the wonderful lyrics. The Wikipedia article describes it thusly:


"The lyrics to the song contain historical and Christian references, and the track is built around a repeating string section in unison with a digital processed piano with a timpani background." 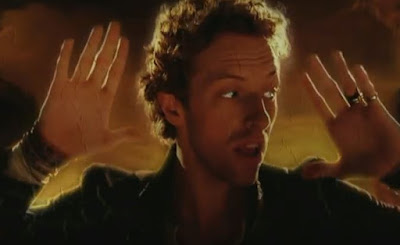 
"I hear Jerusalem bells a ringing / Roman Cavalry choirs are singing/ Be my mirror my sword and shield/ My missionaries in a foreign field ..." 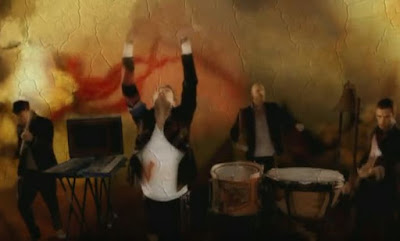 "For some reason I can't explain, I know Saint Peter won't call my name/ Never an honest word/ But that was when I ruled the world..."
The lyrics that really get me:
"Revolutionaries wait / For my head on a silver plate / Just a puppet on a lonely string / Oh who would ever want to be king?"
*******


OK, that's all for now. Please see my previous entry for brief update.
--Regulus
Posted by Regulus at 10:29 PM