Let's start with something old school 1970s upbeat ...
"Philadelphia Freedom" by Elton John (or rather, the Elton John Band) released as a single* (1975)
*It was later put on two different Elton John albums.
Somehow this hopeful, gently patriotic song seems appropriate on the eve of the 15th anniversary of the 9/11 attacks.
*******

Next up, another really nice song ...

"Valerie" by Steve Winwood from his album "Talking Back to the Night" (1982)
I truly like this song. It became a bigger hit when rereleased on Winwood's 1987 album Chronicles.
Eric Prydz used a sample of Valerie for his big hit Call on Me in 2004 which features quite the music video. I featured that song way back in January 2013 when I was transitioning from my Friday Night Musical Interlude to what would become my Jukebox Saturday Night feature.
*******


And I'd like to end with something suitably Saturday night energetic ...
"Applause" by Lady Gaga from her Artpop release (2013)
True, I featured this song in a June 2015 Jukebox Saturday Night edition, but it was stuck in my head the other day and I'd like to re-feature here. 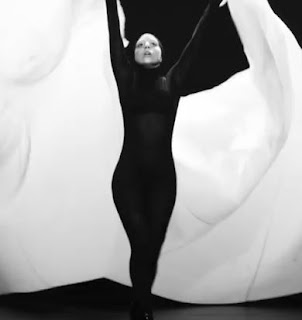 
I have to say that I have always been deeply impressed by the backup dancers -- the hyper-frenetic yet incredibly choreographed and synchronized moves by young men and women with astonishing bodies. Learning to dance like that while keeping up that level of super fitness is tremendous. 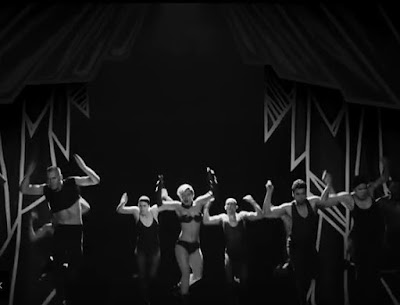 
OK, that's all for now. Please see my previous entry for brief update.
--Regulus
Posted by Regulus at 9:45 PM