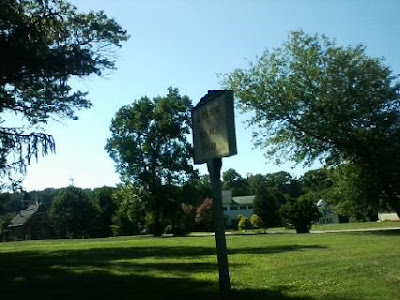 
It's damn near 3:20AM as I start this entry. However, I am up this late because I was actually doing some work-related stuff that I needed to finish.
It's far too late for an update -- and that is just as well, since I'm deeply pissed off, er, vexed by both the weather and politics. 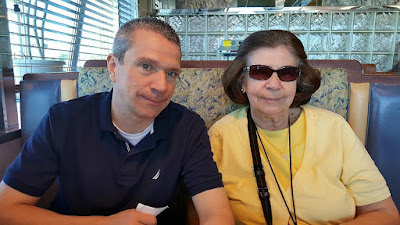 
Weather-wise, it's still too damn hot (and humid) with insufficient chances of rain and two amorphous tropical depressions that -- courtesy the usual ill-timed frontal boundary -- will make a right-hook and bee-line to miss the mid-Atlantic over the next several days). 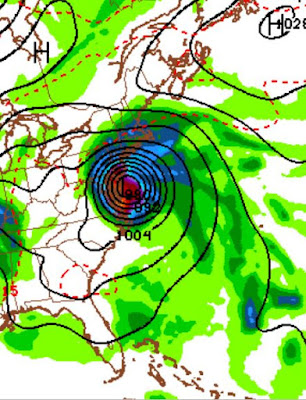 
For politics, in addition to the inexorable trend (seen in the FiveThirtyEight presidential election forecast model) whereby Trump -- in the absence of additional world-scale atrocities "naturally" trends up in the polls to parity with Hillary, and that's considered normal, we have the New York Times -- that otherwise stellar newspaper second to none in the United States but with political reporting as shitty as any other outlet -- calling it "a cloud over the Clinton campaign" (not bothering to link to article) because the husband of Clinton's top advisor and long-time confident Huma Abedin -- the sexting idiot and appropriately named Anthony Weiner -- got caught doing it again, resulting in their marital separation and rightwing flying monkey shit-flinging glee (in this case, the New York Post). 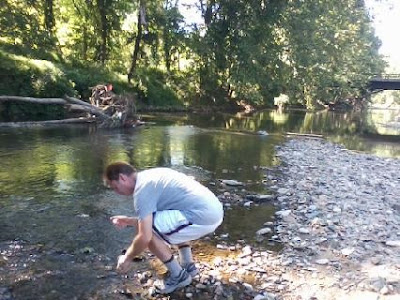 Chester at the edge of the Patapsco River, Patapsco Valley State Park, on the Baltimore-Howard County line just upstream of the Thomas Viaduct, 4:06PM August 28, 2016.
Chester was looking -- and finding -- baby crawfish and other creepy-crawly things that are, apparently, evidenced that the Patapsco is not as hideously polluted as it used to be, at least in that portion of it upstream from Baltimore.
*******


Meanwhile, the lunatic Donald Trump -- that the media are desperate to normalize to have their usual presidential horseshit horserace campaign -- can say or do truly anything and that's just fine. "Oh, that's just The Donald ..."
The article went so far as to say that voters will "be reminded of" Bill's 1997 infidelity, and somehow this will cause millions of people to spontaneously turn away from Hillary. Stupid. That's the kind of "analysis" that gets Cokie Roberts all excited. 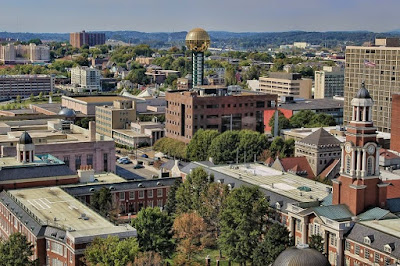 
As an update, I went to the gym tonight and had a decent workout. The pool is open again as well -- filled up and opened. Here at home, in addition to doing two loads of laundry, I completed a "brochure" of sorts on the City of Knoxville -- for the attendees (most of whom are European) of an upcoming technical conference there. I've been looking up all kinds of stuff about Knoxville at the event venue. 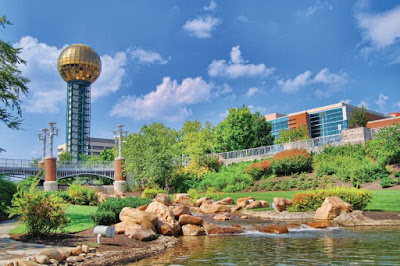 
It has been an odd experience, especially as I've only been to Knoxville once -- just passing through it on November 28, 1981 en route in the backseat of a 1981 Cutlass Supreme as a just-turned-12-year-old with my mom and stepfather (Ray) heading back from my brief stint in Texas to what would be the start of my Maryland life (and that led, eventually, to my D.C. life).(I know the date because we arrived in Maryland the following day -- the day actress Natalie Wood drowned.)
I remember reading (on a map or some sort of brochure that we had) about the World's Fair that was to happen -- and being chagrined that this amazing fair involving the ENTIRE WORLD was a year in the future. 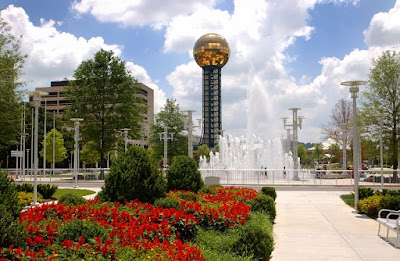 
Now it's fully 34 years in my past. Ah, but the Sunsphere is still there, shining, er, reflecting brightly, as it were, at least on a sunny day. (And it's not, per that Simpsons episode, the "Wigsphere.") 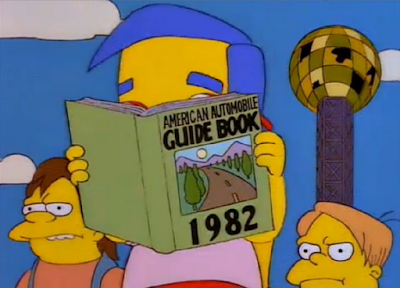 Screenshot from "The Simpsons" episode "Bart on the Road" in which Bart, Martin, Milhouse, and Nelson go on a road trip that takes them to Knoxville.
Here Milhouse is reading a very old guidebook -- with the dilapidated Sunsphere -- now the "Wigsphere" -- behind him.
******* 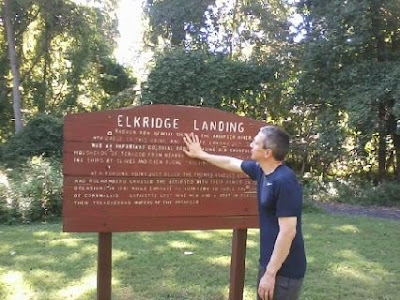 
I have about a dozen pictures that I would like to post from my Sunday afternoon outing with Chester in which we walked into a portion of Patapsco Valley State Park at the boundary of the Relay section of Arbutus and Elkridge -- at the site of the Thomas Viaduct, which is the place I was trying to name in my previous entry.
(To be clear, I've posted four of them in this entry even though they aren't thematically related to most of what I'm writing.) 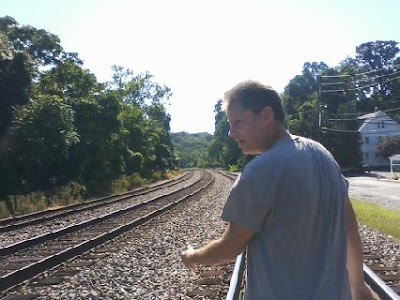 
Tomorrow is a non-gym night. I'm probably going to stop at Trade and Floriana. I'm unsure if I'll update the blog tomorrow night or the following day.
--Regulus
Posted by Regulus at 4:44 AM