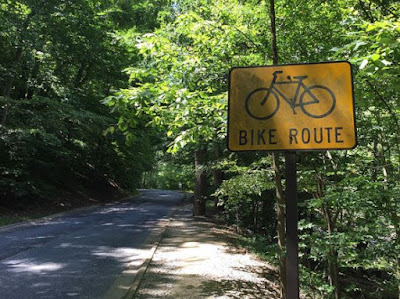 A bike path somewhere in or near Washington, D.C., August 7, 2016; Photo by Joe Flood and posted on his CWG pool Flickr page and reposted in this CWG entry.
*******


I've been feeling a bit under the weather with what I think is a sinus infection. I actually had a blockage of some sort in my right ear yesterday that somewhat curtailed my hearing. That was weird.
I'm actually unsure if it is a sinus infection, an ear infection, or related to the fact I went swimming on Monday night and water may have somehow gotten lodged up there.
Or maybe it's a combination.
I took the morning off from work. Last night, I met Mark for dinner at Baan Thai (back bar) and then we went to No. 9 -- where we watched Michael Phelps win his 20th and 21st Olympic gold medals, these at the Rio games -- and then, unwisely, to Larry's Lounge. Nothing bad happened (yes, must always point that out). Instead, it was just far too much for a regular workweek night, and I didn't get home until a ridiculously late hour, hence the issue this morning. 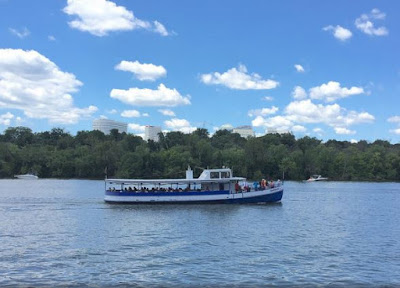 A taxi boat on the Potomac River with Theodore Roosevelt Island and the Rosslyn skyline behind it, August 7, 2016; Photo by Joe Flood; posted on his CWG pool Flickr page.
*******


I'm unsure whether to go to the gym tonight or tomorrow night. I have a major editing task due tomorrow COB and I'm no where near completion, so it may make more sense to work on it at home after work rather than go to the gym tonight.
Regardless, I probably won't be able to post a full entry until late Thursday or Friday.
--Regulus