This Lost Summer - The Series: A Thursday Late Morning in August of No Particular Note 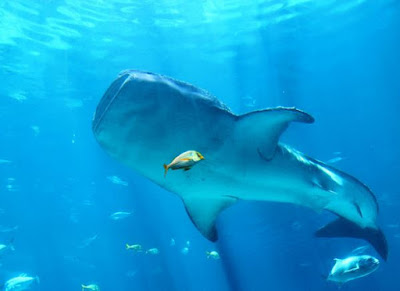 A big shark in a big aquarium tank.
I don't know what kind of shark this is or where it was taken. The photo is by Shamila Chaudhary and was taken July 22, 2016 and appears on the CWG's Flickr pool here.
*******


I don't feel well this mid-morning. I'm not into work yet -- although, to be clear, I have an hours surplus this week so far as I've been quite busy.
I may not be able to go to the gym tonight both because of how I feel and because I may have to stay late at work again trying to complete production -- including hardcopies -- of the draft AMR.
Let me try to get this day started. I wish summer over. Summer is useless when living in an urban environment, even one such as D.C. 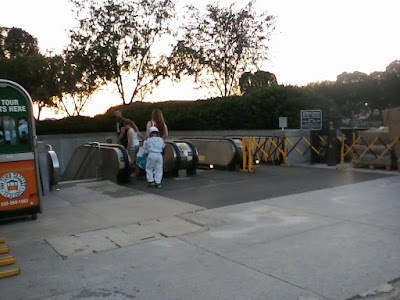 A young boy dressed up as an astronaut and his family entering the Smithsonian Metro station on the National Mall side, Washington, D.C., 8:02PM August 3, 2016.
I walked home from work yesterday.


Oh, yes, I would also like to direct you to this Jonathan Chait piece about Donald Trump's garbage fire of a campaign: Donald Trump's Campaign Might Actually Implode. This was the chatter yesterday after multiple, deeply irrational, self-inflicted and self-destructive Trump campaign behaviors.
More generally, Chait has been on a righteous and sustained tear lately about all things Donald Trump and what a disaster is his campaign -- and what a catastrophe a Trump presidency would be -- and the way in which the Republican Party leadership and elites (with a few exceptions) are enabling it.
The good news is that -- at least for now -- Hillary has really pulled away from Trump since the two conventions, although she still isn't at -- nor likely to reach -- that 50 percent support mark. 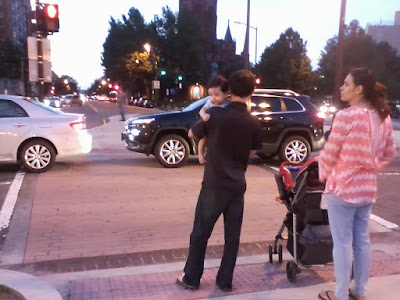