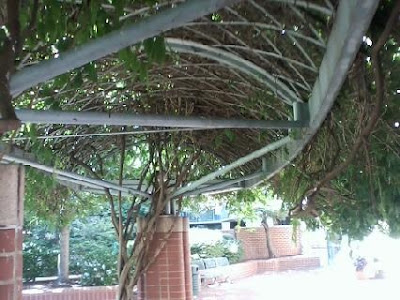 
Monday morning and its another shitty summer day with nothing but blazing sunshine, 90F heat, and no chance of rain. The only good news is that we are now a quarter through August and then fall can start to come -- however slowly and in fits and starts -- here to frickin' Washington, D.C.
It was a crummy [updated for omitted word] WEEKEND overall -- and one in which I "formally" ended the last of the failed friendships, namely, with Kristof through series of unanswered texts and deleting his number from my book. As for yesterday (Sunday), I spent the day just doing stuff on my own including having lunch up in Bethesda at TAPP'D and then returning on the Metro and stopping at Trade and Number 9 before coming home. I had intended to update the blog but was too tired by the time I got home.
I spent too much money this weekend, of course.
Lest I be too negative, I would like to post some good news:

The FiveThirtyEight trend of Hillary Clinton versus Donald Trump odds of winning the presidential election from June 8 - August 7, 2016.
*******


As you can see, Hillary's chances based upon the polls and Nate Silver's "polls plus forecast" technique have dramatically improved as the sociopathic Donald Trump has really politically imploded what with his self-destructive nuttiness such as picking fights with the Khans -- the Muslim parents of that Gold Star soldier who was killed in Iraq in 2004 after Mr. Khan spoke at the Democratic National Convention -- and other fundamentally irrational behaviors. 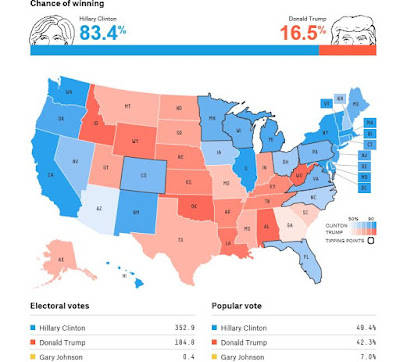 
Jonathan Chait has a good piece on the fraud that is House Speaker Paul Ryan and how that media-enabled fraudulency allows him to endorse Trump repeatedly: Why Paul Ryan Can Endorse Trump and Still Be Paul Ryan.
Now I know these polls will shift many times in agonizing fashion and -- in David Roberts's wonderful phraseology -- the entire "political ecosystem" will try to reestablish the usual competitive horserace framework for such a bizarre election and I take nothing for granted. 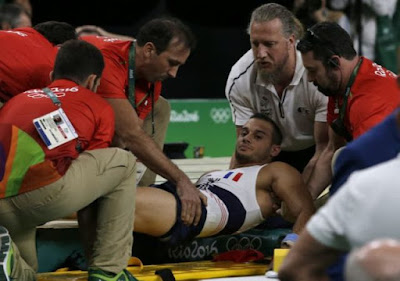 French gymnast Samir Ait Said is attended to after his severe injury on Saturday at the Rio Olympics.
*******


Oh, yes, I wanted to note the terrible -- and gruesome -- injury sustained by French gymnast Samir Ait Said on Saturday at the Rio 2016 Olympics when he landed and suffered a compound fracture of the tibia and fibula. It wasn't bloody, thankfully, but gruesome to behold. 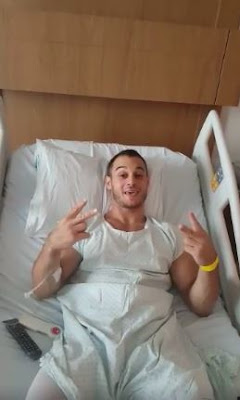 On Sunday, he posted a video on his Facebook page -- speaking in French but it is translated here. Said is in phenomenal shape and I suspect his health and age (26) will allow him to heal quickly.

In the video, he wished his teammates well and declared his intention to be at the 2020 Tokyo summer games. 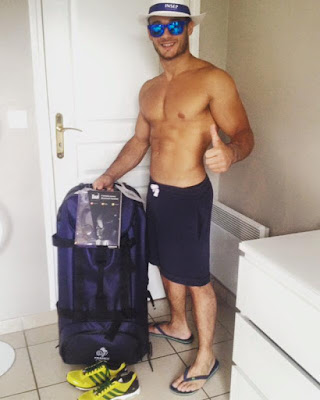 
Tonight is a gym night. I'll try to post a new entry afterward.
--Regulus
Posted by Regulus at 10:18 AM