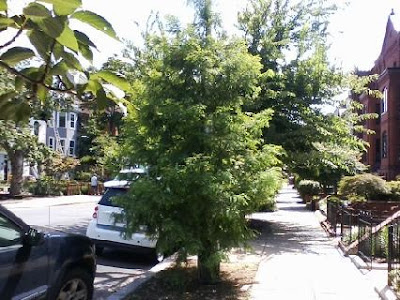 A new bald cypress tree planted on the sidewalk of the 1600 block of 19th Street NW, Washington, D.C., 2:00PM August 19, 2016.
This is a deciduous conifer tree (taxodium distichum), so it loses its needles seasonally. Alas, the young one growing outside the hulking mess of the Frank Reeves Center on U Street died and was removed.
Portraiture
*******


A brief Saturday afternoon update ...
This is a somewhat upended Saturday from my usual routine of extended afternoon gym visit followed by evening-to-nighttime laundry and blogging and then going out late at night to some combination of my usual haunts of Floriana, Old Ebbitt, Trade, and No. 9.
Having taken the day off from work yesterday outright and gotten a haircut, grocery shopped, and gone to the gym, my idea was to have Saturday and Sunday freed up entirely. For today, I was -- still am -- going to go to Tommy and Roni's house in Hyattsville for an afternoon "Beer Olympics" party. (This is part of Andrea's group.) 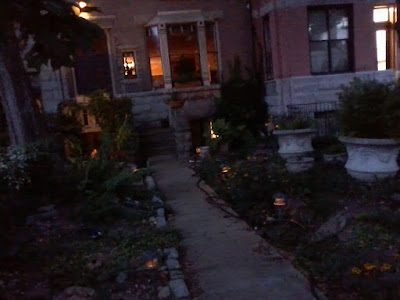 
However, I didn't get up until noon today, and I'm only now finishing my laundry (at 2:30PM). I am also trying to post my Jukebox Saturday Night entry early -- but that is taking time, as is this "brief update."
I also need to get ready (shower, etc.) and then get to their place in Old Hyattsville, which will require the Metro to Prince George's Plaza and then walking.
In short, I will be at least 2 hours -- and, more likely, 2-1/2 hours late from the original 2PM invitation time. Indeed, I'm not even sure it makes sense for me to go at this point.
Sigh. 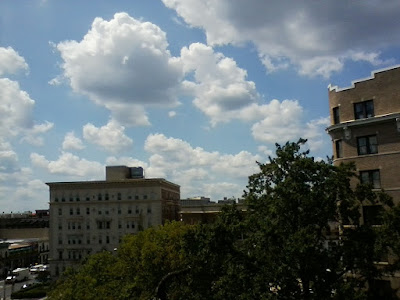 
For tonight, I may be meeting Brian (BK in NYC). He's done from New York this weekend visiting his family in the Big Burn Out, Glen Burnie, and he offered to pick me up from Tommy and Roni's. (Unlike me, he has a car and has no trouble getting anywhere.)
For tomorrow, I'm meeting Quill for lunch in Bethesda.
Last night, I met Fred and Doug at Annie's, where we had a nice time. I was sort of riveted hearing Doug's story of growing up and what it is like on those rare times that he returns to his native Reeder, North Dakota.
Thereafter, I went to Floriana "grotto bar," where Dito was showing on the TV some Barbra Streisand-related things including Beyoncé singing "Memories" at, I believe, Lincoln Center, and then a young Kathy Griffin recounting, hilariously, Barbra Streisand being interviewed by Oprah and meeting "her biggest fan" -- a cancer patient, who apparently got lipstick on her. 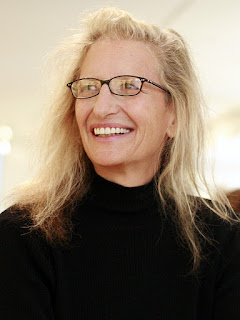 Thereafter, we watched the preparations for Queen Elizabeth's 2007 state visit to the U.S. to Williamsburg, Va., (to mark its 400th anniversary) and Washington, D.C., including the footage of the remarkable incident in which the great photographer Annie Leibovitz asked Her Majesty if she would mind removing her crown for a photoshoot. 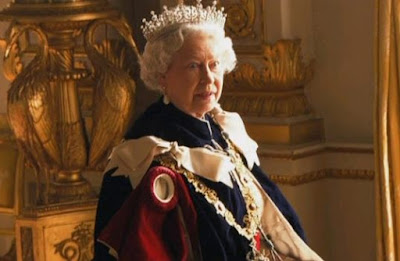 The look on the Queen's face alone (see above) gave the answer. (She said no.) I also suspect that is and will be the only time in Elizabeth's long reign that anybody asked her that. The good news, though, is that Annie Leibovitz was asked back to this year for additional portraits as part of the Queen's 90th birthday celebration. 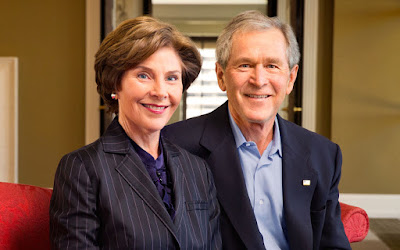 Seeing George W. Bush and his wife, Laura in that little documentary reminded me of how awful his presidency and Bush himself was. And that stupid, forever-frozen expression on Laura Bush's face was also annoying. But the Washington Consensus couldn't get enough of him, and the GOP fundie base thought he was Jesus Christ.
OK, that's all for now. My Jukebox Saturday Night entry to follow shortly ...
--Regulus