Jukebox Saturday Night for July 9th, 2016: The Welcome to High Summer -- and Tina Turner Still is The Best -- Edition

Given the hot, humid weather of what I now consider "high summer," it seems appropriate to start off this edition of Jukebox Saturday Night with this wonderful piece by Dancing Fantasy ...
"Dancing on a Summer Night With You" by Dancing Fantasy from the duo's Moonlight Reflections album (1992)
This is the instrumental version. There is a version with lyrics, but I prefer this one.
*******

Continuing with the summer theme ...

"Theme from 'A Summer Place'" by Percy Faith and His Orchestra (1960)
I'm unsure of the album on which this appeared -- possibly The Sound of Music -- or it was a single. 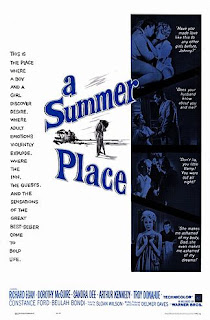 As background, the Theme from "A Summer Place" was written by Max Steiner with lyrics by Mack Discant for the 1959 movie A Summer Place and was called the Molly and Johnny Theme.

A number of different artists have done both vocal and instrumental versions over the years, but the Percy Faith version certainly the best known.


Indeed, it was number 1 on Billboard's Hot 100 for nine weeks in 1960, or so says The Keeper of All Knowledge.
The above YouTube version features a montage of tropical image stills.
*******


Let's continue with the easy summer theme with this long ago popular song ...
"Summer Breeze" by Seals and Crofts from their album of same name (1972)
This is a live version by the duo, although the date of 1975 given might be when this was recorded. The song came out in 1972. The two really look hippie scruffy here.
Relevant lyrics (in case it isn't obvious): "Sweet days of summer, the jasmine's in bloom / July is dressed up and playing her tune ..."
Having posted all of these, let me reiterate that I am most definitely NOT a fan of hot weather -- whether humid or dry, although if it has to be hot, I prefer it to be accompanied by afternoon showers and thunderstorms, which the current spell is not, so screw it.
*******

"The Best" by Tina Turner from her album Foreign Affair (1989)
This is an awesome song and Tina Turner (with whom I share a Nov. 26th birthday!) is likewise awesome. This YouTube clip features the original video, although I'm not sure why the "start" image is of "Vevo - No Image" -- regardless, this is the original music video accompanying the song.
To give full credit, though, this song was actually written by Mike Chapman and Holly Knight and first recorded by Bonnie Tyler on her 1988 album Hide Your Heart.
******* 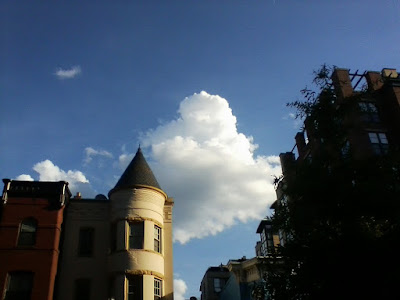 
As a micro-update -- rather than an American college campus, call-out-the-PC-thought police, where's the safe space? micro-aggression -- I had a good multi-part gym workout today (including a 6.67 mile treadmill jog, good weightlifting, a bit of core workout, and a concluding swim). I also did my laundry this evening.
Last night, I went to Floriana, where Dito put on "Joan Rivers: A Piece of Work" documentary and it was wonderful. It's such a shame she died. Later, I went to Trade and No. 9 and then walked home.
I have decided not to try to post the entry with links to recent Chait-Krugman-O'Hehir pieces tonight since it would take too long. My goal is to post it tomorrow before I take a walk or do whatever it is I do on my one truly free day. For tonight, I intend to go to Old Ebbitt Grill and then to Trade and No. 9.
--Regulus