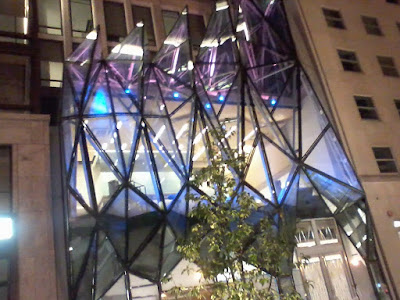 The decorative glass façade on the 900 16th Street Building at, yes, 900 16th Street NW, Washington, D.C., 11:49PM July 23, 2016.
I was walking last Saturday night to Old Ebbitt for a (very) late dinner and drinks. What used to be at this spot was a hideous "Brutalist" style Third Church of Christ, Scientist that loopy urban liberals fought to "preserve" as being "historic." The Christian Scientist congregation, which wanted a new church, has a presence in this new office building complex.
*******


OK, I started an entry tonight but it's already a bit after 1AM and I really want to go to sleep and get to work at a decent hour tomorrow morning. The entry is a combo weather update (it reached 100F on Monday at the three airport stations) and some political commentary as the Democratic National Convention gets underway.
My plan is to complete the entry after work tomorrow. Tomorrow is a non-gym night.
Bio-Physics Lesson: Fig Newton's Law of Universal Gravitation ... 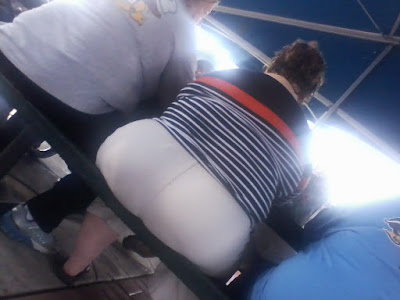