A Happy 95th Birthday To My Late Maternal Grandma: Remembering a Lady Who Once Lived on Henry Street in South Amboy, N.J. 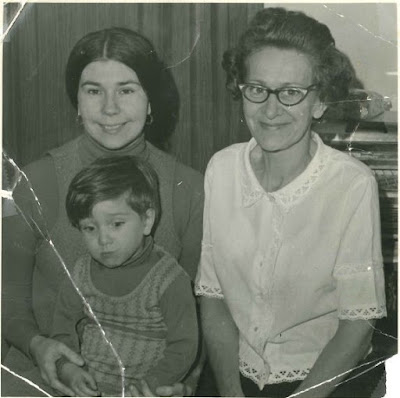 My late maternal grandmother, my mom, and yours truly in a photo taken circa 1973 (I was about 3 years old) in South Amboy, New Jersey.
My mom had a boyfriend named Ritchie -- in between being married to my dad and my stepfather, Ray, to whom she has been married since late 1974. Ritchie took this picture.
Grandma definitely had a bit of the Joan Crawford in her -- the look and the whole "Mommie  Dearest" personality bit, though never toward me.
*******


Note: I intended to post this entry this morning but did not have time to do so.


Today would have been my late maternal grandmother's 95th birthday. I know I often talk about my paternal grandmother, who when I was a child in the 1970s raised me for a number of years back in Long Branch, N.J., in the house where I lived with my paternal grandfather and father. This is the Italian side of my family.
But my maternal grandmother -- on the Polish side -- also played a major role in my life back then. I would visit her in her house on Henry Street in South Amboy just about every weekend during the school year, and she always ensured I kept in touch with my mom when she (my mom) and Ray (my stepfather) were living at SHAPE, Belgium -- Ray was in the U.S. Army and stationed there from Jan. 1976 - Dec. 1979, and I did not live with them for most of that time but only visited in the summers of 1977 and 1979.
Grandma would take me to the two Catholic Churches in South Amboy -- always lighting candles -- and always took such good care of me including making the most outstanding food -- whether pot roast or cream of wheat, it was all. Amazing. Oh, and she always would give me a haircut (she used to cut hair to make extra money and was good at it). She also used to buy me clothes a lot. Ohhh, but could she get mad and yell.
Grandma Jean, as I know her (her name was Hedwig, which is the German/Anglicized version of Jadwiga, but she went by Jean) lived until Feb. 1987 when she succumbed after a horrible multi-year battle to ovarian cancer.

As for her husband, my material grandfather, Bernard, I never knew him. He died when I was a newborn. They had effectively split up with him moving out when my mom was about 9 years old, although my grandparents were still technically married until he died. My mom only saw him once afterwards when she was about 19 years old -- at a bar in Perth Amboy by the docks where he was drinking -- and she had just started dating my father.
Grandma could read and speak Polish fluently, although she was never there, because her father -- a Polish peasant immigrant -- had raised her. Grandma's mom died when grandma was about 12 and she had to raise her younger siblings. It was grandma who first taught me about the Holocaust. (I knew about World War II from my other grandparents and their family, but it was this grandma who talked about the horrors of the Nazis and "the ovens." I remember that as a 10-year old. I also remember he telling me Jesus might return in the year 2000 (this was in the late 1970s). She was Catholic but a bit into that sort of End Times stuff.
We talked about other things, too.


Indeed, she was always a good grandmother to me but had many demons, none of which are important to go into now. My uncle -- my mom's brother -- still lives in that same house. I've not seen him since 2002 and there is no communication with him or that side of the family in general. Grandma's sisters -- my Aunt Martha and Aunt Ceil -- are, I believe, still alive, as is her brother Uncle Johnny. They are in their early 90s and late 80s, respectively. Uncle Johnny's wife, Aunt Terry, passed away a few years ago in her 90s. Uncle Johnny used to be a South Amboy policeman, I think.
I was once close to Aunt Martha and her children (my second cousins) as a child but that ended fairly decisively in 1990 or thereabouts. As for Aunt Ceil (I'm not even sure if I'm spelling it right -- I never saw it spelled out), she was a bit daft and grandma and her never talked during the 1970s or 1980s when I was in the picture. The story -- which my paternal grandmother would sometimes recount when she was angry! -- was that she had the father's headstone removed at one point for some reason. I actually never met her until grandma's funeral.
Nearly everybody on that side of the family is dark and hates everybody and never talks. 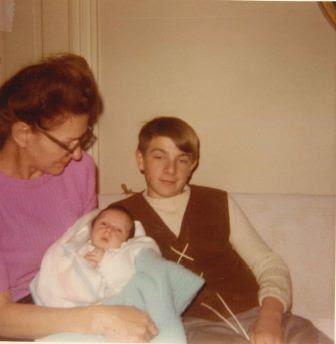 Yours truly at the age of 1 month being held by my grandma with my uncle seated next to us. This was in South Amboy, New Jersey in December 1969.
I have other pictures of her that I need to scan.
Happy birthday to you, grandma.
******* 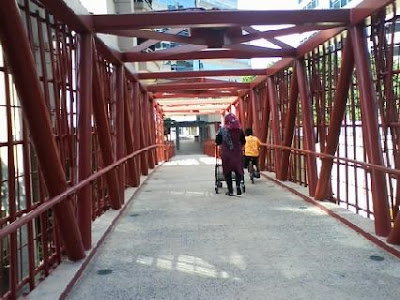 
Apologies for lack of an update last night. I did NOT go to the gym -- having gone and had a multi-part workout on Monday night -- and instead went to the usual trio of places (Trade, No. 9, and Floriana) and spending too much. At Floriana at the downstairs bar, Dito had on the amazing documentary The Rape of Europa: The Fate of Europe's Treasures in the Third Reich and the Second World War on how the Nazis plundered the priceless art of Europe, efforts to keep art out of Nazi hands, efforts by the Allies and, after the war, to get it back over the decades.
OK, that's all for now. I'm not taking the computer home tonight. Instead, as I mentioned in my previous entry, I'm meeting Kristof at Trade. You know, until I met Kristof -- who is from Gdansk, Poland -- I actually didn't know Polish people actually could be happy.
Tomorrow night is a gym night.


The weather continues too sunny, too warm, and too humid, although it IS mid-July. There are scattered showers and thunderstorms in the extended Baltimore/Washington area, but they keep missing D.C. because, perhaps, of the "anti-weather force field" created by that the unstoppable combo of Sterling LWX and the Palka-Cabra Creature ...
I'll try to update the blog late tomorrow night.
--Regulus
Posted by Regulus at 6:39 PM