Wednesday Morning Briefing - The Marriott and the Madame 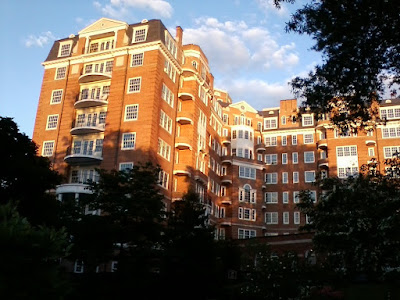 The setting Sun shining on the Marriott Wardman Park, Washington, D.C., 8:10PM June 7, 2016.
It was a really lovely evening with a refreshing northwesterly breeze and drier, milder (i.e., less warm and humid) conditions.
*******


Just a super-quick morning update as I need to get to work.
First thing's first: SHE DID IT! YAY! Hillary Clinton clinched the Democratic Party nomination for president with decisive wins in the New Jersey (YAY!) and California primaries last night. I watched the results swoop in at the downstairs Floriana grotto bar -- or, as my friend Andrea calls it, "the Hillary Bar."
She lost the North Dakota Democratic caucuses to Bernie 101 to 253. That is, 354 people voted.
Why is North Dakota a state?? 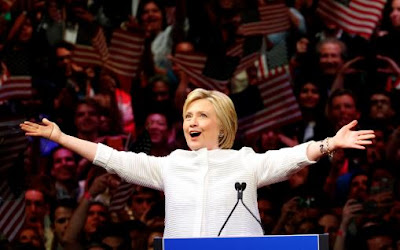 
And that it was last night with the place overloaded with gay men cheering Hillary and groaning at whatever profane, idiotic, or vile thing tumbled out of Donald Trump's mouth (although he made some good noises in the direction of helping the American working class, I'll give him that). The music was turned back on when Trump became too overbearing. We watched the results on the bar TV. 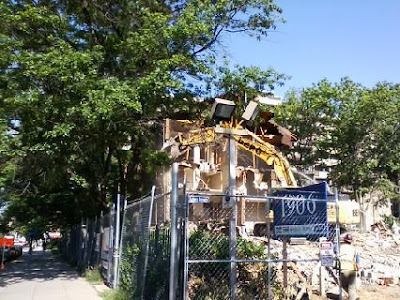 The demolition / destruction of the last of the units that made up the old Portner Place, 1400 block of U Street NW, Washington, D.C., 9:15AM June 7, 2016.
There was this smoke detector on the ceiling of one of the rooms and I watched as it dangled as the mechanical monster tore into the structure, ripping it apart.
*******


Anyway, I'm fine, mostly, still recovering from Friday night's episode. My right knee hurts quite a bit, and I did so much walking at the AMR workshop at the massive Marriott Wardman Park -- I always forget just down how huge that place really is -- that it flared up. 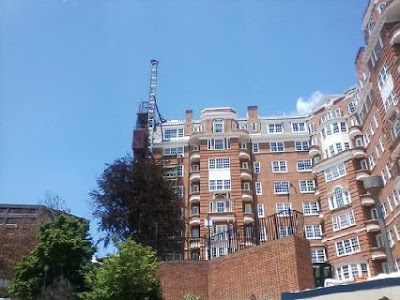 
I skipped the gym last night and will do so again tonight. (I'm supposed to meet a coworker / friend in town from Denver to go to dinner.) I'm going to try to return tomorrow or, failing that, make a real concerted effort on Saturday. I can't not go to the gym -- and I can't just give up the jogging portion. I'll become fat.
OK, that's all for now. 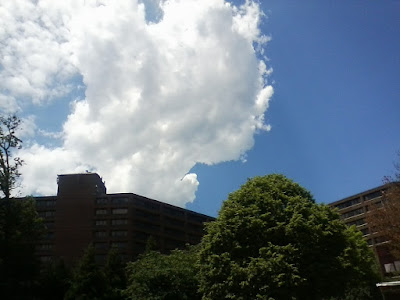 Oh, yes, I did want to mention the bizarre dreams I had last night and in the early hours of this morning including being at the Jersey shore as sea level rise and an angry ocean inundated a peer -- it was called "Macon" for some reason -- and watching a roller coaster become unmoored and fall into the water. Then my mom had a car that was failing badly and she was upset and a snowstorm was approaching. Then something about meeting a guy who was one of 12 children and telling him I'm an only child.
Oh, and there was an extended part in which I posted a blog entry but forgot to add a title -- and then I couldn't no matter how hard I tried, so I deleted the entry and created a new one.
No idea. 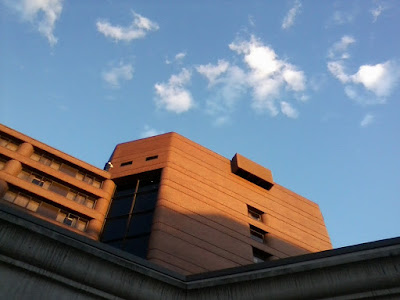 Leaving the Marriott Wardman Park, Washington, D.C., 8:08PM June 7, 2016.
I helped a young, articulate Chinese lady -- a research engineer with a Chinese tech firm who is living for a time in Silicon Valley and is at this big DOE workshop -- navigate the Metro for her planned evening walk around the White House. I had her go to Farragut North, one stop beyond me (Dupont Circle).
*******