The Cornerstone, the Wooden Picket Fence, and a Mythical Purple Line -- Some Pictures of My Memorial Day Silver Spring-to-Bethesda Walk 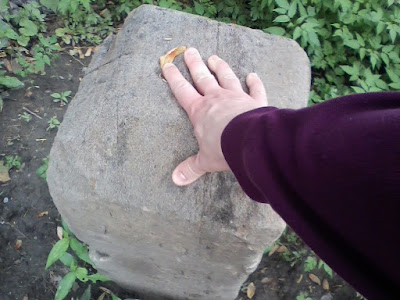 Yours truly touching the North Cornerstone of the District of Columbia, 4:37PM May 30, 2016.
This stone historically marked the geographic northernmost point in the District of Columbia, although the present-day property boundaries suggest that the marker is fully in Silver Spring, Md. I'm uncertain about that. It is located in a sloping ravine off East-West Highway. I've featured this the North Cornerstone -- not to mention the South Cornerstone -- in blog entries before, but it's too late for me to find and link to them now.
This stone was put there in or about 1792 when what would become the District of Columbia was surveyed by Andrew Ellicott and Benjamin Banneker. I've always understood it to be one of the originals. It reads "Maryland" on one side and "Jurisdiction of the United States" on the other -- and is buried by a significant amount. There were 40 such stones in all marking the 10-miles-on-a-side square perimeter of the Federal Territory. Most are original although a few may have been replaced (such as the South Cornerstone several years later). Most still exist.
*******


Well, I was going to post a general update but it's already just after 1AM and I need to get to bed. There is going to be one of the usual planned water outages in the building tomorrow -- this time, the cold water (almost always, it's the hot water or a total outage) -- and it is scheduled to start by 9AM, so I have to be up earlier than usual. 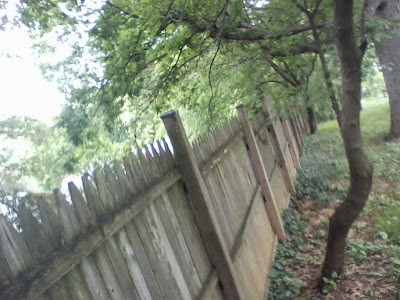 The Maryland - Washington, D.C., line, Silver Spring, Md., 4:34PM May 30, 2016.
The wooden picket fence runs, oddly, between the northernmost houses in the District of Columbia -- specifically, those along Verbena Street NW (very top of the floral or fourth alphabet) and the edge of the Chevy Chase Crest condominium complex.
*******


I also have to finish a work-related task by Thursday morning. My plan is to work on it all day tomorrow at work and then at home tomorrow night, which will preclude any blogging.
I made it to the gym tonight and I'm planning on a second consecutive day visit tomorrow, which I don't normally do -- especially with my hour-long treadmill jog -- but did this past Friday and Saturday in a somewhat unusual schedule, again because of work. 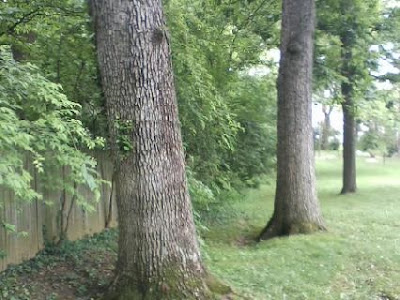 Two large trees growing on the edge of the Chevy Chase Crest condo complex grounds, Silver Spring, Md., 4:35PM May 30, 2016.
These trees are either partially or fully in Maryland. I can't quite tell, although the crowns certain lean over into D.C.
*******


On Sunday, I ended up having a really nice lunch with Andrea at Republic in Takoma Park. (She kindly came and picked me up in her car.) The place is a hipster oyster bar with a vaguely old English pub feel. I then took the Metro the nearby Takoma station to Silver Spring, whence I walked -- via the North Cornerstone! -- to Bethesda on the Georgetown Branch Trail. I stopped at American Tap Room. 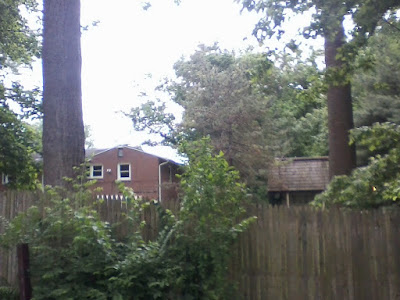 The two northernmost houses in the District of Columbia as seen from the opposite side of the wooden picket fence, Silver Spring, Md., 4:36PM May 30, 2016.
The house on the left is 1799 Verbena Street and the one on the right is 8500 East Beach Drive -- the highest numbered address in the District of Columbia. (Going south, east, and west, you run out of D.C. before you reach numbers that high. Instead, the numbers continue well out in to the Maryland suburbs. Arlington is on its own grid.
*******


Later, I headed back into D.C. on the Metro, deciding with reluctance to go by Larry's Lounge. I was worried Gasy the Chipmungorilla would be there, but when I got there, it was just the usual drunken sideshow with nobody there I wanted to see. 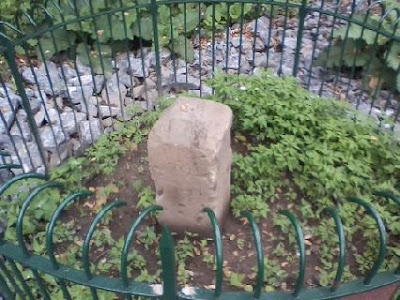 
Instead, I went to Floriana, where I had quite a nice time talking to Dito's parents, who were having dinner downstairs at the bar while watching a movie ("Dick Tracy" with Warren Beatty and Madonna) that was on (muted but close-captioned). His dad used to be an ambassador (the family has an amazing history). We had a good conversation about -- what else? -- the current political situation in the United States (that is, Donald Trump). Dito and I are on the same side politically. 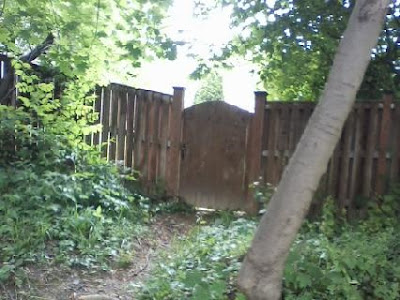 
OK, that's all for now. My next update likely won't be until late Thursday or perhaps Friday.
--Regulus