"Kei's Song" by David Benoit from his Freedom At Midnight album (1987)
I really like this song -- especially the part about 1:50 into this video with the "cascading strings" sounds that occurs a second time around 3:45. As for the YouTube video selection, I chose this one among several possibilities because I liked all the peaceful still images it features of flowers and plants on window sills overlooking what appear to be English gardens on gentle rainy days, cozy houses, and so on.
The three images in this entry are screenshots from this video. 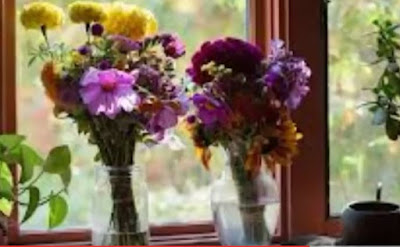 The song ends at 4:40 and the remaining nearly full minute are just silent stills of pleasant flowers-in-window sills images.
*******


Next up, another song by that wonderful jazz-fusion / smooth jazz band Spyro Gyra ...
"Morning Dance" from Spyro Gyra's album of same name (1979)
This song and album overall were among the group's biggest hits. The song has a nice Caribbean feel to it with the use of the steelpan (steel drums).
*******


Let's conclude with something suitable Saturday night upbeat and energetic ...
"Express Yourself" by Madonna from her mega-hit album Like a Prayer (1989)
This is an odd video -- before reading the Wikipedia article about it, I really wasn't quite sure what it story it was trying to tell, especially with the vaguely Nazi-looking guy and the watery prison pen and all the mayhem taking place, as well as the guy played by Cameron Alborzian and a cat that is featured prominently.
Honestly, I don't particularly like Madonna as a person and a relentless celebrity juggernaut of the past 33 years with talent that pales in comparison to, say, Michael Jackson despite her almost unmatched global fame. However, some of her songs -- such as this one -- I do like.
******* 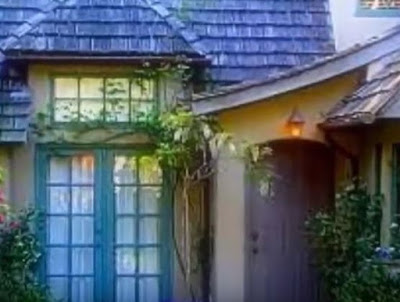 OK, that's all for now. I am refraining from any additional posts tonight except for this micro-update to note that I went to the gym this afternoon and had a good multi-part workout. This included an hour-long jog plus 5-minute cool down (6.64 miles), decent weightlifting, some core exercise, and a short swim. The gym was not crowded and quiet so it was pleasant. 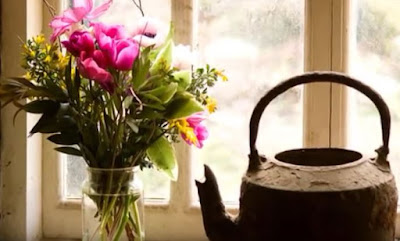 Last night, I went to Floriana's downstairs bar and then Trade and No. 9.

At Floriana, Dito was showing Cape Fear -- the 1991 version and yet another movie I have intentionally avoided all these years. Right before the worst of the bloody violent worst parts, he thankfully changed it to Tootsie.

Tonight, I'm thinking Floriana, Old Ebbitt Grill Old Bar, and Trade. Tomorrow, as I mentioned in my previous entry, I'm going up to Rockville for lunch with DD.
OK, that's all for now. My next planned update will be late Monday or early Tuesday, although I need to finish a work assignment and may have to do it after the gym on Monday night.
--Regulus
Posted by Regulus at 9:45 PM