Jukebox Saturday Night for May 28th, 2016: The Coltrane, Waterfall, and Heart & Soul Edition

As I'm on a Coltrane -- and a train -- kick, let's start off this Jukebox Saturday Night entry in an appropriate way ...
"Blue Train" by John Coltrane, the lead song on the album of same name (1958)
This video features a number of still images of Coltrane playing, carrying, or just posing with the saxophone.
******

Next up, something New Agey and nice that I have always liked ...

"Behind the Waterfall" by David Lanz and Paul Speer from Lanz's album Natural States (1985)
Well do I remember this haunting New Age instrumental piece from the mid-1980s, listening to it as a teenager living in Glen Burnie on the old WLIF FM radio station in Baltimore.
As an aside, you weren't supposed to like that kind of "elevator music" at that time as a high school student but instead like all the "hair metal band" rock music that was popular with the working class Glen Burnie set of that time. 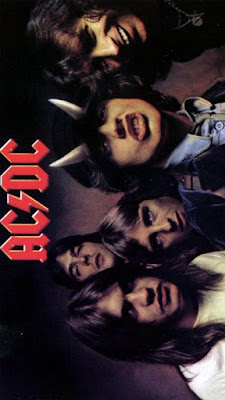 Indeed, during a brief, ill-fated stint at "PS 203" in Baltimore City as a sixth grader between about Dec. 1st, 1981 and mid-February 1982, I was regularly asked the question if I liked the rock band AC/DC, which I did not know what that was. I was also ridiculed because the boys in the class decided I had said it was a "power pack" (i.e., a battery), which I never did. I attended that school briefly after my mom and Ray had returned from Texas and were living with Ray's truly horrific family, but before they settled in Glen Burnie.


In the meantime, my mom sent me back to New Jersey to live with my dad.
This particular video contains some stunning natural scenery and wildlife footage that must have been taken from one or more nature documentaries (of the sort PBS used to show all the time back in the late 20th Century). This particular image -- above -- seems almost artificial what with the juxtaposition of palm fronds and a rugged snow-capped mountain. The tropical setting is probably misleading in that this image is possibly from somewhere in New Zealand and having subtropical vegetation (almost like a saw palmetto) in that cool but never really cold and wet climate isn't that unusual.
*******


OK, and let's end with something Saturday night upbeat ...
"Heart and Soul" by Huey Lewis and the News from the group's hit album Sports (1983)
This is a really nice song, but the video is weird. I almost don't like it. Huey Lewis has to be the most straight guy I've ever seen -- at least back in this period.
Oh, and it sounds to me like Ray Parker Jr. was and still is a real pain in Lewis's ass.
******* 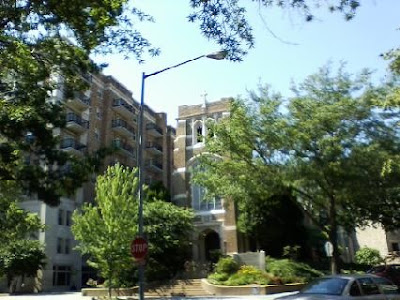 
OK, that's all for now. As I mentioned in my previous entry, I have cleared Sunday and Monday (Memorial Day) entirely so that I can just have them to myself, taking a walk each day from an outer Metro station (in Montgomery County -- probably Bethesda -- and North Virginia -- most likely Old Town) and back to D.C., having lunch, and just being on my own.
That being the case, I may not update this blog again until Tuesday night, not that anybody would frickin' notice.
I made it to the gym today and did my laundry. For tonight. I need to get dinner, although I'm not sure where, and I'll go to one of my usual bar haunts.
--Regulus
Posted by Regulus at 9:56 PM