A Late Night Outline of an Entry and the Beep, Beep, Beep of the Early Morning Lumen-O-City 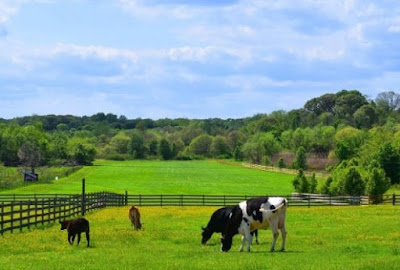 This is a lovely image from Kinder Farm in Anne Arundel Co., Md., taken -- I assume -- at some point this month by "The Bay Photos" and posted on Flickr (no available link).
The image was reposted in this CWG entry in which Jason Samenow & Co. whine for the 45th time in the past week about the cool, wet spring. To be clear, I cropped it a bit to make the horizontal and vertical resolution more even.
My mom has been to Kinder Farm Park a number of times including volunteering at one of the "volksmarch" booths for the Freestate Happy Wanderers (something she has done for many years).
*******


Well, I was going to post an entry tonight but I'm sort of mentally blocked because there are so many things I want to write and simply don't have the time to do so. Now I'm just too tired.
I'm home after a decent, multi-part workout at the gym. This followed an OK day at work in terms of productivity, but thwarted by the fact I didn't get in until 1130AM. I'm going to try to get in early tomorrow.
I'll try to post something after work tomorrow (since it is a non-gym night). 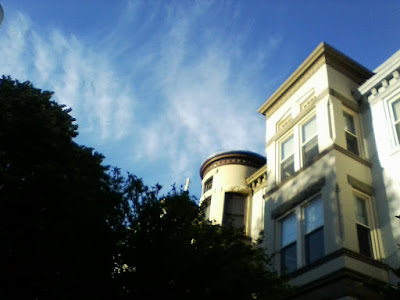 
Topics for consideration in that proposed entry:
* Political diatribe including stuff from last week.


* More Chimpungorilla lies and bullshit via that ex "LL" hangout of mine where I dislike pretty much everyone who hangs out there.
* Annoyance at all the CWG entries about "this miserable May" because the weather has the temerity to be NOT hot, humid, and disgusting but instead cool and wet.
* Complaining about that damn new MillennialTrustFundYuppiminium building called "Lumen" at 14th and W Streets, specifically, because of the interminable (18 month+) construction that has resulted in a fenced off / blocked sidewalk because of this stupid United Rentals JLG boom lift parked on W Street by the intersection -- complete with the infernal BEEP, BEEP, BEEP that I understand it emits every time the thing raises or lowers a (usually small statured Hispanic) construction worker into or out of the building. (At this point, the building is basically complete with electricity, so I'm not sure why this lift is still needed to be there.)
But for now, I'm just signing off.
--Regulus