Jukebox Saturday Night for April 30th, 2016: The Dave Grusin, Blondie, and Janet Jackson Edition -OR- "That's the End (of April)??"

First up, something smooth and quite nice ...

"First Time Love" by Dave Grusin from his album Migration (1989) 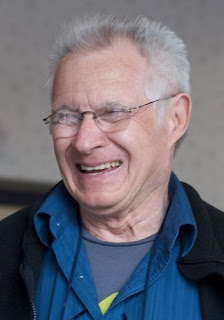 Dave Grusin, 81, is a prolific composer, arranger, and pianist who has produced pieces too numerous to list out here for so many movies and TV shows, and he has won multiple Grammys and one Academy Award for his music.

Grusin wrote a piece I particularly like, the "Theme from St. Elsewhere" for the TV series St. Elsewhere, which I also quite liked.


Of note, Grusin co-wrote the theme song for the TV shows Maude (sung by the late Donny Hathaway) and Good Times with the husband-and-wife team of Alan and Marilyn Bergman (both still alive at 90 and 86, respectively).
*******

"Heart of Glass" by Blondie from the group's album Parallel Lines (1978)
I really like the lyrics of this song including this part: "Once I had love, and it was a gas / Soon turned out to be a pain in the ass." (At least on the album version.)
Also, the back history of "Heart of Glass" is quite interesting. As for the period controversy over it because of its disco sound, well, looking back across 37 years, that just seems stupid.
The video opens and closes with a nighttime glimpse of the lost Twin Towers of the World Trade Center.
*******

And let's end with something Saturday night energetic ...

"Miss You Much" by Janet Jackson from her great album Rhythm Nation 1814 (1989)
This video features one of the Jackson siblings' signature amazingly well choreographed routines. It was the longest No. 1 Billboard Hot 100 song for 1989.
"That's the end??"


Yes, indeed it is (at least until my next entry).
--Regulus