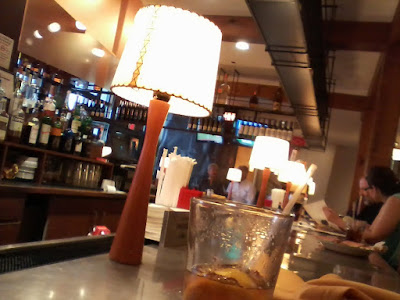 
I've been home all day teleworking -- and, indeed, I got in a full day although I got a late start as a result of going out and drinking too much last night. I've been having to work from home because our office internet has been on the fritz much of the week and the Verizon technicians are on strike. 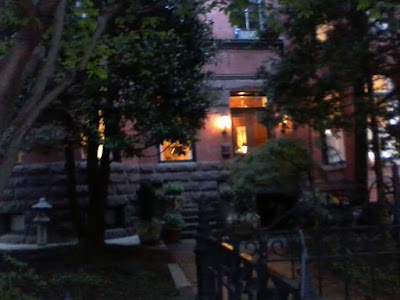 
I actually like going into the office, though, in that it gives my day structure -- although I HATE that morning walk along U Street from 16th to 13th Street. I'm not that big a fan of U Street, and in the morning, I just can't abide it. Furthermore, all the construction has made it worse than usual.
Yet it is the shortest way to go -- and V Street is more objectionable because it passes a lot of section 8 housing and the back side of the hulking, decrepit Frank Reeves Municipal Center, the perimeter of which is basically a giant outdoor homeless encampment.
Turning to the Weather ... 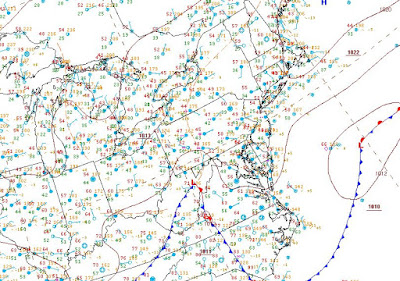 
It's an overcast, gloomy, cool, gray evening with some drizzle -- just sort of perfect April weather for me. Temps are around 53F here in the District. The forecast looks to continue cloudy with a chance of rain showers tomorrow night into Sunday as a stalled frontal boundary undulates back north. 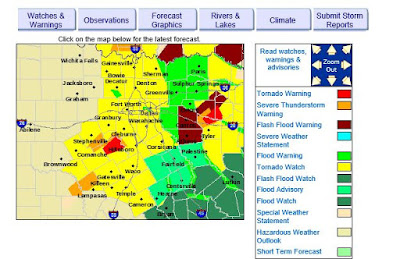 
The boundary actually extends back to Texas where there is an assortment of wild weather including tornadic thunderstorms and more rains (see above image of the Dallas/Ft. Worth NWS office webpage CWA map of advisories in effect a short while ago). 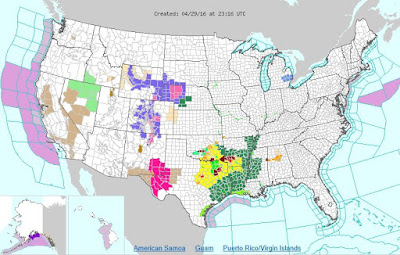 
Looking ahead, here is the 3:15PM Sterling (LWX) area forecast discussion:
LOW PRESSURE DEPARTS TO THE NORTHEAST MONDAY...BUT THE FRONTAL BOUNDARY IT RODE IN ON WILL REMAIN STALLED NEAR THE REGION THROUGH MUCH OF NEXT WEEK. MULTIPLE AREAS OF LOW PRESSURE WILL CONTINUE TO DEVELOP AND MOVE ALONG IT ... AS THE LARGE SCALE TROUGH RESPONSIBLE FOR THIS ACTIVE PATTERN PERSISTS OVER EASTERN NORTH AMERICA. THIS WILL ALSO LEAD TO BELOW NORMAL TEMPERATURES THROUGH MUCH OF NEXT WEEK ... WITH HIGHS STRUGGLING TO REACH 70.
Sweet.

On the downside, I feel fat. 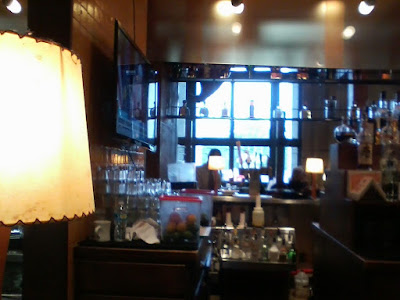 
Remembe the Married With Children episode "Reverend Al" in which Al Bundy was doing his televangelist routine for the Church of NO MA'AM (which stood for National Organization of Men Against Amazonian Masterhood and was started to avoid paying taxes).
"And DON'T ASK US if that dress makes you LOOK FAT! It's NOT THE DRESS that makes you look fat. IT'S THE FAT THAT MAKES YOU LOOK FAT!"
Here is a clip, although it doesn't have the fat line from above. I may be confusing it with another episode. Oh, well, it's still hilarious ...
In this clip, Marcy Darcy and her women's group commandeers the stage and shows footage of him on a date with his wife dancing, eating quiche at a restaurant called Potpourri, then going to see the musical Cats "with all proceeds going to the Chicago ballet," and the night ending with Al and Peg going to the Rock 'Em and Sock 'Em Motel. Al then does his Jimmy Swaggart imitation:
"I HAVE SINNED! I HAVE CONSORTED WITH MY WIFE!" 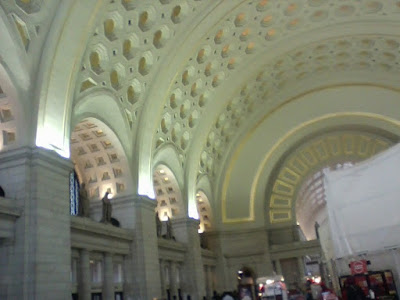 
Anyway, I'll go to the gym tomorrow.
Last night, I went to Trade, Floriana, and -- while en route to Larry's Lounge, where I have essentially stopped going -- to Rebellion. This was because Mike H. -- who also lives in my building -- was outside and the next thing I knew, I was inside and talking to two nice young people with him (a girl and a guy). 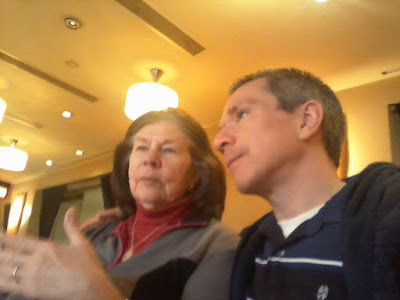 
My lunch yesterday with my mom was nice. We actually ended up going to Thunder Grill again because Uno's was simply too crowded. Union Station was overloaded with tourists, but Thunder Grill wasn't too bad and we sat at the bar. I then walked the whole way back -- Massachusetts Ave. to 16th Street to U Street. That was about an hour walk.
Before I end, I want to point out today's Paul Krugman Friday op-ed in the New York Times that picks up on what I was saying in my previous entry.
Wrath of the Conned


I'll state the obvious and note what a great play on the Star Trek movie The Wrath of Khan is the headline.
Excerpt:


[The Republican] party has historically won elections by appealing to racial enmity and cultural anxiety, but its actual policy agenda is dedicated to serving the interests of the 1 percent, above all through tax cuts for the rich -- which even Republican voters don't support, while they truly loathe elite ideas like privatizing Social Security and Medicare. 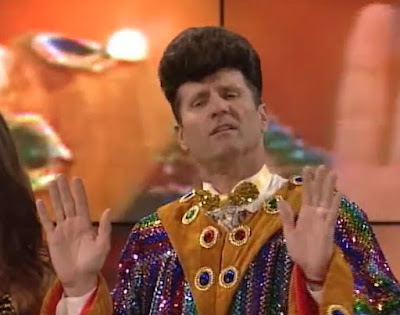 What Donald Trump has been doing is telling the base that it can order à la carte. He has, in effect, been telling aggrieved white men that they can feed their anger without being forced to swallow supply-side economics, too. Yes, his actual policy proposals still involve huge tax cuts for the rich, but his supporters don't know that -- and it's possible that he doesn't, either. Details aren't his thing.
Establishment Republicans have tried to counter his appeal by shouting, with growing hysteria, that he isn't a true conservative. And they're right, at least as they define conservatism. But their own voters don't care. 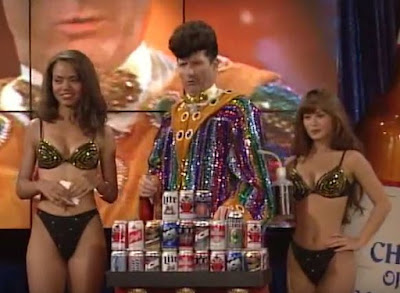 If there's a puzzle here, it's why this didn't happen sooner. One possible explanation is the decadence of the G.O.P. establishment, which has become ingrown and lost touch. Apparatchiks who have spent their whole careers inside the bubble of right-wing think tanks and partisan media may suffer from the delusion that their ideology is actually popular with real people. And this has left them hapless in the face of a Trumpian challenge.
Probably more important, however, is the collision between demography and Obama derangement. The elite knows that the party must broaden its appeal as the electorate grows more diverse -- in fact, that was the conclusion of the G.O.P.'s 2013 post-mortem. But the base, its hostility amped up to 11 after seven years of an African-American president (who the establishment has done its best to demonize) is having none of it. 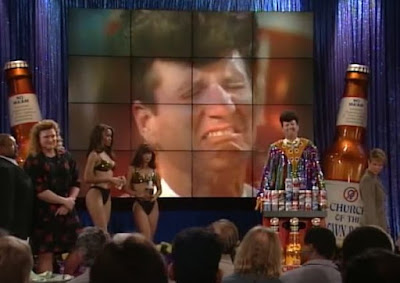 The point, in any case, is that the divergent nomination outcomes of 2016 aren't an accident. The Democratic establishment has won because it has, however imperfectly, tried to serve its supporters. The Republican establishment has been routed because it has been playing a con game on its supporters all along, and they've finally had enough.
As ever, I recommend also reading Prof. Krugman's regularly updated blog. 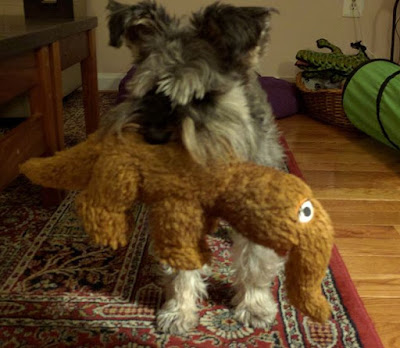 This is a picture of a friend and co-worker's adorable little dog "Charlie" and one of his toys -- Snuffelupagus -- at his place in the Petworth section of D.C.
*******


OK, that's all for now. My next planned update will be tomorrow night with aa least a juke box Saturday night entry.
--Regulus