Logan Circle, Washington, D.C., 5:52PM April 24, 2016.
As explained below, this entry contains some pictures I took yesterday at Logan Circle. The entry also has a few pictures that I took today.
*******


Home tonight snug as the proverbial bug in a rug.
The lamp in the corner of my tiny, threadbare apartment (efficiency) is turned and is casting a soft, dim yellow light. The window air conditioner is humming somniferously, cool air tumbling out of it. I also have it placed in such a way that water doesn't noisily drip on it from the old-style behemoth window unit on the floor directly above. 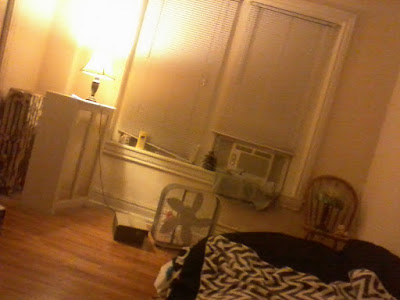 
The blinds are down and in a closed position, and I'm in for the night. My plush hippos and monkeys and whatnot are all snug and happy under the quilts and blankets of the floor "nest" that serves as my bed. 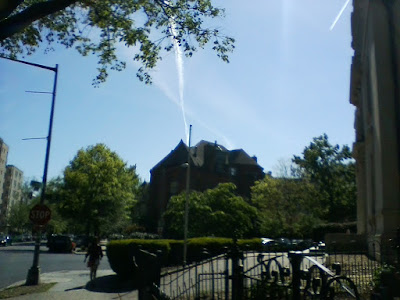 
I just made and ate dinner -- steamed jasmine rice, pork chops, and steamed broccoli and carrots -- with enough left over for a second dinner (probably Wednesday night since tomorrow is a non-gym night and my plan is to be at Floriana watching the results of the five state primaries (more on that below)).
Oh, and yes, I did have some junk food as well -- Pringles reduced fat potato chips (as in most of the cylinder) -- and I'll have a pair of Reese's peanut butter cups a bit later. Or maybe some of the Kozy Shack chocolate pudding (not made with frickin' sucralose). 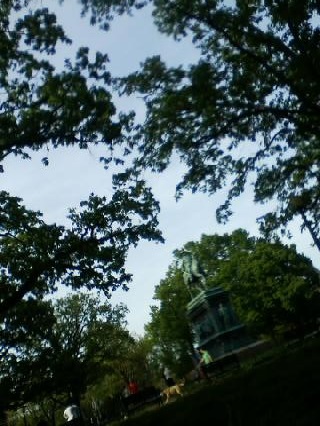 
I've already had a full workout at the gym -- a multi-part endeavor stretching just over 3 hours including the treadmill jog, weightlifting, core workout, and a swim. This was my Monday night workout, but I went to the gym early today (as in, 2PM) because I unexpectedly teleworked today (obviously, not a full 8-hour day, although I had nearly 3 hours of work from over the weekend to apply to today). 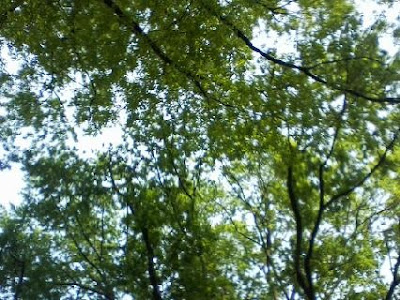 
The reason for the teleworking is that the D.C. office of our company -- where I am based, rather than onsite at Forrestal DOE HQ -- is simply not equipped to handle the influx of new staff that we had after my former employer collapsed, in particular, the Wi-Fi-based internet service simply cannot handle it.
We are to get a major upgrade and overhaul, but that won't be until early May, so for the time being, the internet is about as reliable as electric power grid in Baghdad, Lagos, or La Paz.
It's actually kind of nice just to be home like this -- and not because, as I was earlier this month, waylaid by a bout of food poisoning. 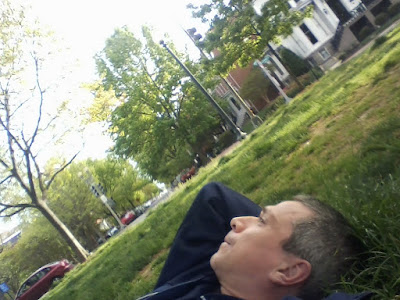 Yours truly resting in the grass at Logan Circle, Washington, D.C., 5:58PM April 24, 2016.
What do I look like a leprechaun? I look like I should be holding a box of Lucky Charms cereal and declaring, "Pink Hearts, Orange Stars, Yellow Moons, Green Clovers, and Blue Diamonds!"
*******


I am kind of tired and will go to bed right after I finish this entry. Tomorrow, I will be in the office all day (internet or not) because there is some performance appraisal training, and also because I just want to be there.
Turing to the weather, it continues to be too dry (although we had 1/4" of rain in the immediate D.C. area on Saturday night or early Sunday) but not -- as yet -- too hot (despite a few hot days). Tomorrow, though, the temperature is forecasted to rise to 84F (even worse) 89F for a high.


However, showers and maybe a t-storm ahead of a front are forecasted (70POP) followed by cooler weather -- highs only 64F on Wednesday and then a decent chance of showers between Wednesday night and early Friday as the frontal boundary first sags south and then -- being connected to another system ejecting out of the Midwest -- lifts back northward with some overrunning precipitation. This should keep it cool and cloudy for a couple days and that's a good thing as we head into the torpor of another D.C. summer.


As alluded to above, yesterday -- after spending a significant part of my afternoon between 1230PM and 3PM finishing up writing the BTO peer review session Q&A notes -- I did precious little except to get an early dinner at Logan Tavern, wander over to Logan Circle and very nearly fall asleep outside in the grass under the ginormous willow oaks that grow there, and then go to Trade and Floriana. 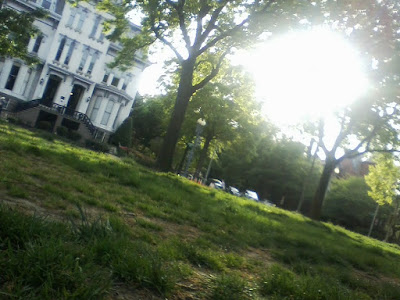 Another view from Logan Circle at grass-level, Washington, D.C., 6:08PM April 24, 2016.
The mansion in this picture -- known by its address as 1 and 2 Logan Circle -- anchors the entirely residential circle. This structure was actually boarded up and abandoned in my earliest days in the D.C. area (1992 - 1993). My understanding is that it was built circa 1877 by the son of President Ulysses S. Grant.
*******


It's always kind of strange falling asleep outside (not that I've done it all that much in my life -- in fact, only extremely rarely since it is a rather bad idea). Yesterday, around 630PM, there was a nice southerly breeze and it was about 65F. I was lying on the grass looking up into the boughs of one of the several towering willow oaks with enormous crowns, watching their small (willow-like) leaves sway in the breeze. I also watched a bevy of squirrels running up and down the trunks and branches.
A big willow oak must easily have several hundred thousand individual leaves.
Oh, yes, at one point I thought I saw Mega-Watt Hour rounding the circle on foot. But it couldn't have been because there was none of the usual squawking and tiresome nouveau riche braggadocio. You know: All the stuff about the $500 this, $600 that, the new BWM, the pilot-doctor-econometrist boyfriend, the endless awesomeness and incredibleness of himself and uselessness of nearly everyone else.
I can listen to Donald Trump if I want to hear that. 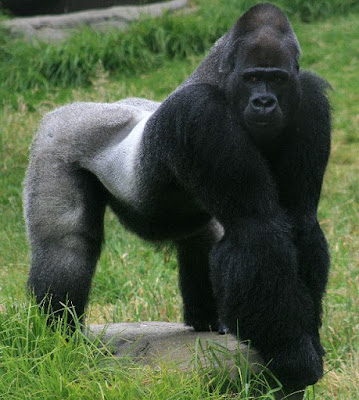 Here's a little secret: People who are really successful, wealthy, and or talented don't need to go around like an adolescent girl endlessly bragging. 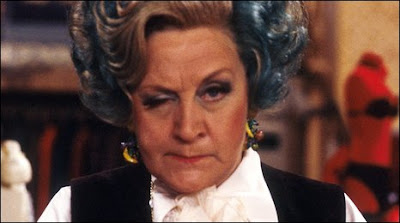 Or as Mrs. Slocombe wonderfully put it to Miss Brahms (in a different context but the sentiment still applies), "Because the quality don't wear their bosoms hitched up round their earholes!"
*******


So there are five more primaries tomorrow -- both Democratic and Republican ones -- in the same set of five states (Rhode Island, Connecticut, Pennsylvania, Delaware, and Maryland) and both Hillary Clinton and Donald Trump are expected to do well overall (Hillary to the point that she has nearly sealed the deal). My plan is to go to Floriana "grotto bar" to watch the results roll in. 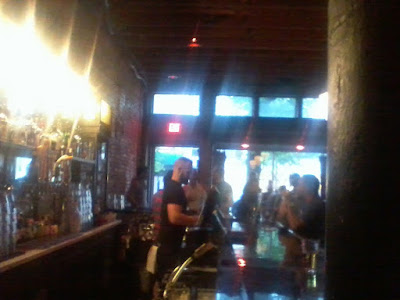 
On the Republican side, the freak show continues as the reptilian Sen. Ted Cruz and the hapless Gov. John Kasich entered on Sunday into some sort of Hitler-Stalin non-aggression pact whereby the two sides would strategically stand down in particular states to STOP TRUMP from securing the necessary 1,237 delegates and have their sought-after brokered convention (with its ensuing chaos) in Cleveland (in which Cruz, presumably, would win the nomination). 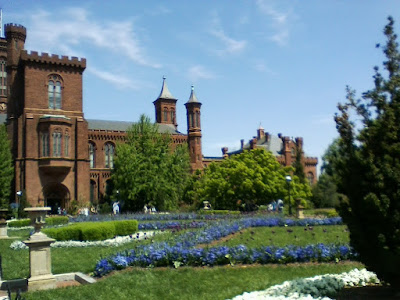 
In particular, Kasich would let Cruz win in winner-take-all Indiana Republican primary on May 3rd while Kasich would focus on the upcoming contests in Oregon and New Mexico, where there is proportional allotment.

Donald Trump tweet at 7:54AM April 25, 2016.
I'm so glad Trump fights back like this rather than waiting for the frickin' media -- think the WaHoPo, POLITICO, and Chuck Todd to "vet" this and give their considered and thoughtful determination on whether and how to respond."
*******


However, this "collusion" -- as Trump called it (see above tweet image) -- immediately got off to a very bad start with Kasich saying he was in fact competing in Indiana and the whole thing appearing to fall apart. Here is the New York Times take on it. 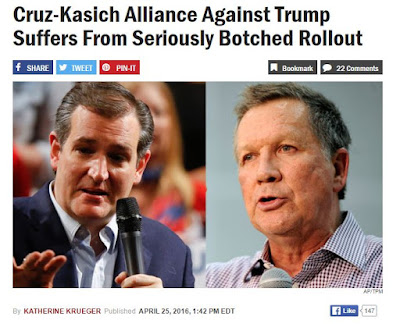 
Indiana appears to be the tipping point in this -- especially in Trump, in fact, wins in the California Republican primary on June 7th (with its winner-take-all delegate allotment).
I would like to point out this interview on Salon.com by Simon Maloy of former Reagan and Bush administration official Bruce Bartlett (link embedded): "Complete and total destruction of the Republican Party": Former Reagan official Bruce Bartlett on why he backs Trump. 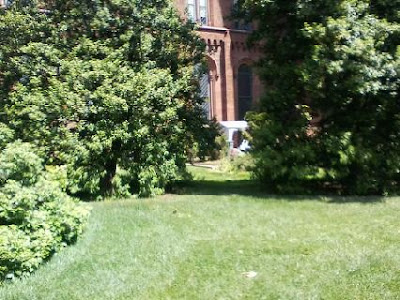 Corner of the Enid Haupt Garden, Smithsonian, Washington, D.C., 12:21PM April 25, 2016.
It's hard to get a picture this time of year anywhere on the Mall that doesn't include tourists -- or to NOT be in the way of a camera or other video recording device of a tourist.
*******


It's worth a read, except I think it doesn't take into account why Trump is so popular with a sizable fraction of the Republican electorate -- precisely because he isn't a tiresome tool of the overclass. Yes, I get the fact he is also basically a fascist, but he upends (at least to some extent) "The Long Con" of the GOP political-media-entertainment complex -- and for that historically important reason, I think he has done good.
As a second point, I think Bartlett's idea -- or maybe hope -- that a big GOP defeat in November would cause a wholesale reevaluation and reconstitution of the party into a sane, functioning seems highly unlikely at this point. 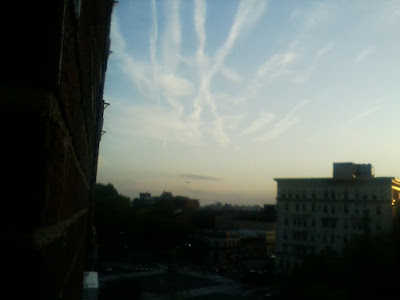 Blurry cellphone image view from my apartment looking to the southwest past the intersection of 16th and U Streets NW, Washington, D.C., 7:33PM April 25, 2016.
You can just barely see a jet on final approach into National Airport.
*******


Of course, you still have the Salon.com crowd foaming at the mouth about Hillary, and how they won't ever, ever vote for her on this side of eternity, which is a bunch of self-entitled, bullshitting nonsense, and I'm not going to waste any time unpacking and debunking it.
OK, I think that's about all for this entry.  For an entry title, I'm thinking for a title that I should have some riff or knock off on the movie Logan's Run, which, after all, was supposed to take place, in part, here in post-apocalyptic, abandoned Washington, D.C. 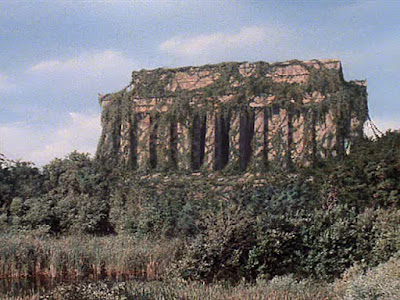 
And I think with that, I'm going to sign off for now. I'm rather tired. My next planned update will be late Wednesday / early Thursday.
Oh, yes, I should thank Quill for having sent me another lovely handwritten letter -- thank you! It's appreciated, Quill.
Good night.